Ever since the Apple iPhone 5S hit the markets we have seen an array customized versions and uber-luxurious skins for the 5S. Recently we brought you the gold studded Atelier’s Clous De Paris Black & Gold skin for iPhone 5S. Now, here’s a customized iPhone 5S by a Swiss company named Golden Dreams which is wrapped in premium alligator skin and will especially interest you if you’re into skull artwork. The customized iPhone by Golden Dreams is named the ‘Skull Edition’ and sports a solid 18ct gold skull on the rear side.

Golden Dreams is a well known name in the watch and jewelry industry and its previous customized iPhones have received rave reviews in the past. The company revealed the skull editions at their flagship store in Geneva. A high-end customized iPhone will be limited to 7 examples only and based on the 64GB version. Initially, it will available in yellow and rose gold and following the 7 pieces, an additional 3 skull editions will be available fully studded with more than 550 black or white diamonds. It has been priced at $14,650 making it one of the priciest customized smartphones. 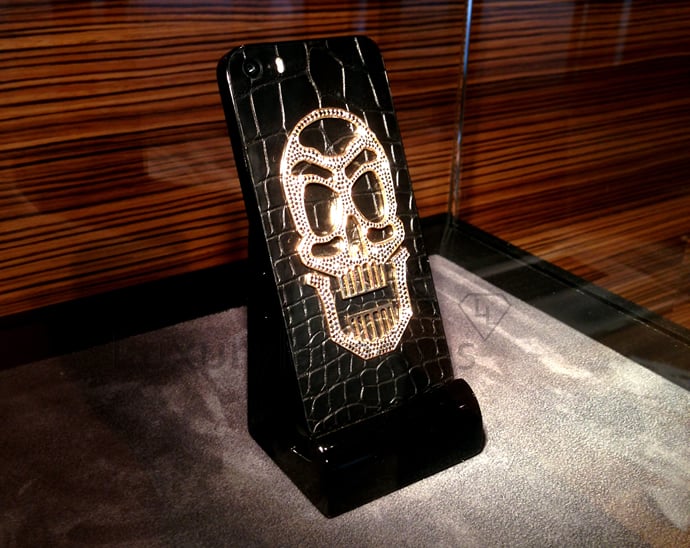 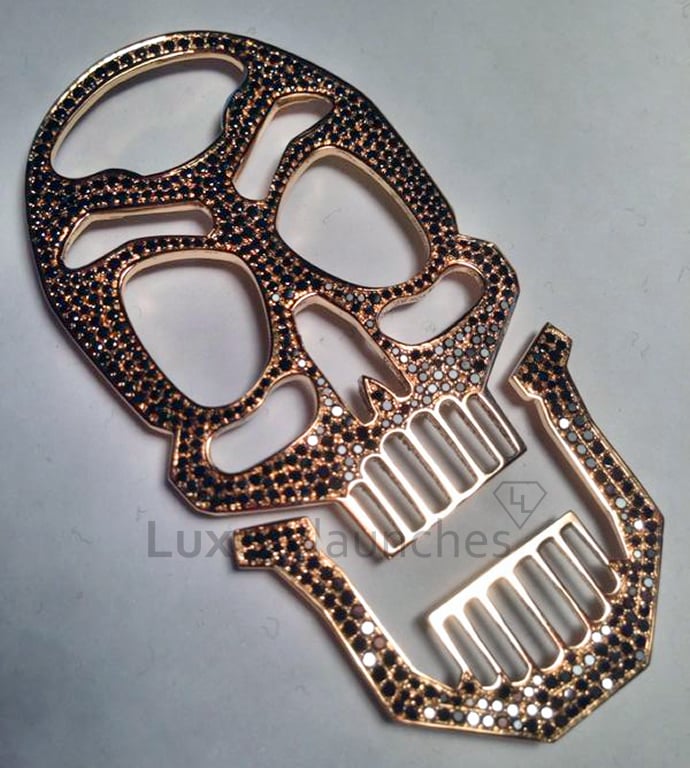 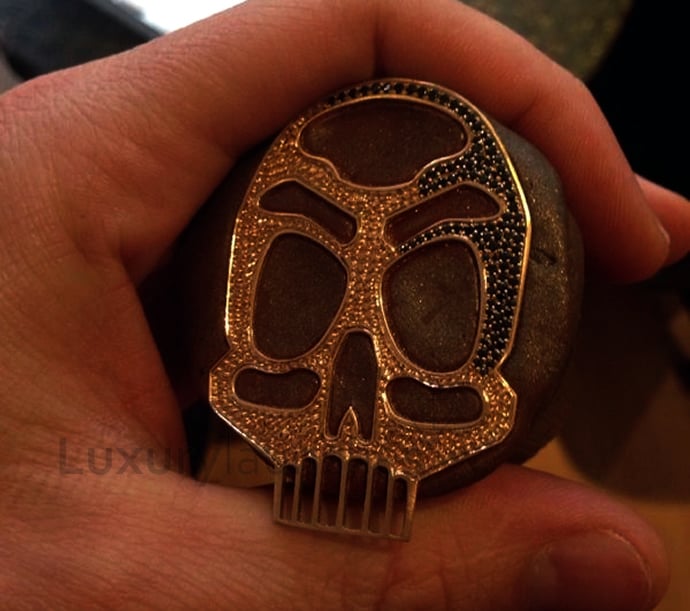