One would imagine that a commercial shot in space would win the title of the most expensive advertisement ever. Although Estee Lauder did pay NASA $128,000 for the shoot of the sought-after Advanced Night Repair serum onboard the International Space Station it comes nowhere close to winning the title! A few years ago Lexus teamed up with Oscar-winning director Kevin Macdonald to create the world’s first AI-scripted commercial which also failed to steal the title of the most expensive advertisement ever from the Chanel No.5 Ad. This advertisement goes back to 2004 when a whopping $33 million were spent by Chanel for 180 seconds worth of commercial to advertise its iconic scent, Chanel No 5. The commercial was nothing short of a fairytale movie only much shorter and starred Nicole Kidman who was riding high on the success of her movie Moulin Rouge (that justifies her $3 million fee) and Rodrigo Santoro. The commercial was named ‘The Film’ and the storyline revolved around this beautiful superstar wanting to escape the paparazzi to end up in a cab with the one man who does not know who she is. It sounds right out of a fantasy novel right? It gets better as lovelorn Rodrigo Santoro is pining for his ladylove in his down-at-heel apartment, which sports a giant Chanel sign on the rooftop. In the end, Kidman resumes her super duties on the red carpet, looks back at the roof, smiles thinking of the wonderful times before she turns away to reveal a gigantic diamond pendant inscribed with the words “No 5”.

The film was directed by Baz Luhrmann, and impressed the world, grabbing every eyeball owing to the cinematic scope of this production. The film also set new standards and ways of presenting a scent. It broke the shackles of cliché perfume ads and turned the whole thing into something larger than a commercial. The ad didn’t sell a scent, it sold luxury and glamour in an unbeatable Chanel-way and it still wears the $33 million crown. 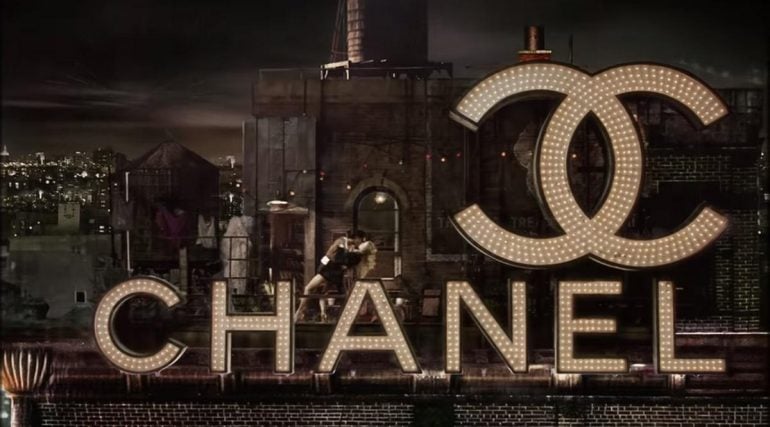