When they said ‘Beauty lies in the eyes of the beholder’ they weren’t kidding. We know that now after the list of China’s top 10 ugliest structures in 2020 was released by Archcy.com. This architecture-related website based in Beijing conducted two rounds of selection, a preselection by online votes, followed by the deliberation of a panel of seven architects. This process ranked the recently built Sunac Guangzhou Grand Theatre as the ugliest building in China. Designed by London-based Steven Chilton Architects, this grand building was inspired by Guangzhou’s history and from traditional and contemporary arts commonly practiced in the region. The exterior comprises red undulating curves inspired from silk and embroidery signifying Chinese culture, as well as local myth titled 100 Birds Paying Homage to the Phoenix. Opinions of people on the street suggest responses tend to be mixed. 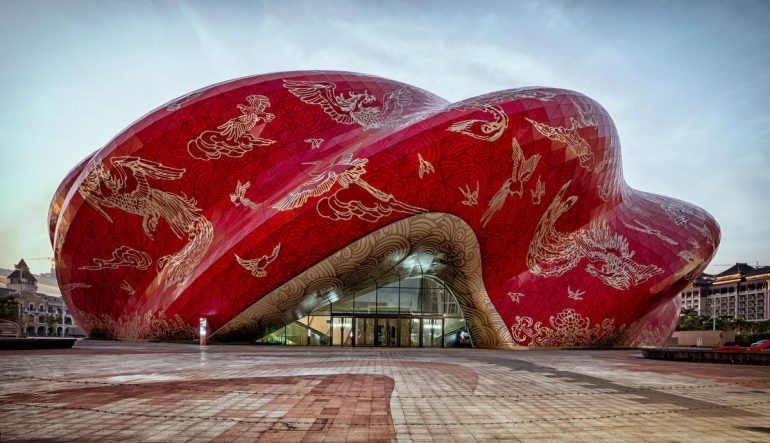 Some said that if they heard about the sights, they would pay the obligatory visit. Others said they would avoid such sights, preferring instead those with a reputation as aesthetically sophisticated and substantial.


Some took a more permissive view, with one saying: “I know some sites today are ugly and lack taste, and you can judge at one glance that they have been churned out at very limited cost. Conversely, if they aren’t misleading or disruptive in terms of ideology or cultural values, and if they happen not to be illicit buildings, it’s no big deal. Anyway, in a sense, aesthetics are a matter of personal discretion. Who knows? What I view as ugly might be considered cutting-edge by others.” 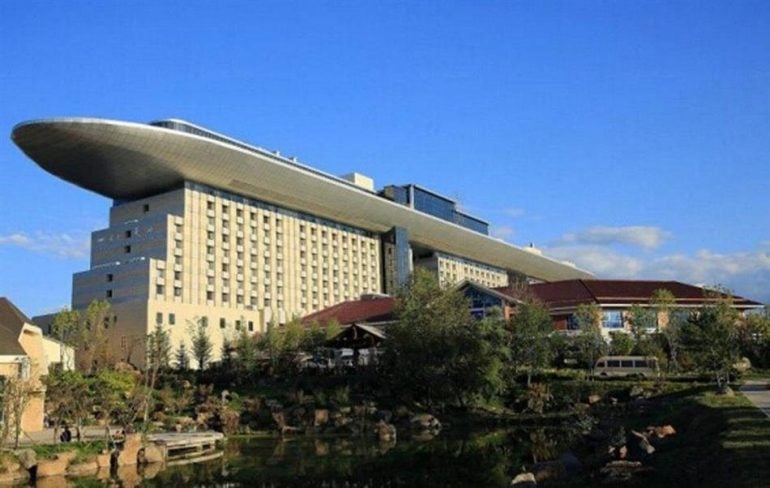 Paradise Changbai Resort in northeast China’s Jilin Province ranks second on the ugly list and is criticized for blindly copying the ceiling design of Singapore’s iconic Marina Bay Sands. Third place is claimed by the viral ‘Chongqing Wulong Flying Kiss’ aka ‘eyesore’. Despite all the negative comments this flying kiss has drawn, it is sustaining a steady influx of visitors. 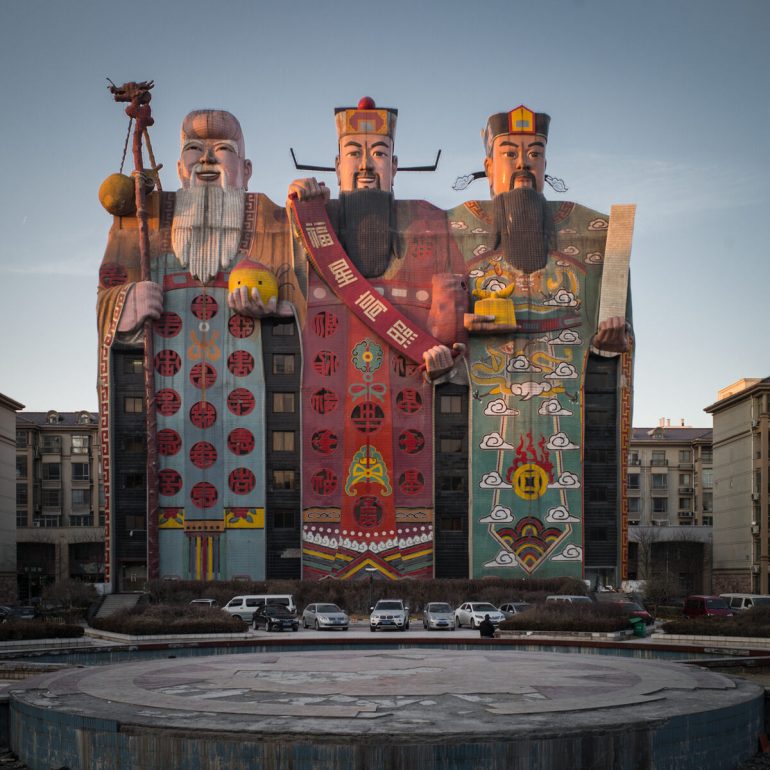 While we are on the subject of ‘weird architecture’ and the flak they receive (which also has no correlation to the money they make) the glorious Tianzi Hotel, deserves a special mention even though it didn’t nab the top three spots. This bizarre hotel is a many-storied edifice comprising of three old men in colourful, traditional garb. If the sights of the three Chinese gods don’t perturb you, finding this hotel certainly will. It is a nightmare to find and even Google Maps can’t help you find the gigantic gods.

Tags from the story
Architecture, China