We have come across many pictures of vacant resorts, hotels, and tourist spots all of which are eerily vacant owing to the coronavirus pandemic. But we can be sure that the situation is temporary and will be bustling again once Covid-19 leaves us alone. The same cannot be said of Burj Al Babas in Turkey, a massive abandoned town of Disneyesque castles located about halfway between Istanbul and Ankara. This place is mind-boggling and fascinating all at the same time which is why only pictures can do complete justice. Without further delay, presenting the Turkish ghost town-

It sends a chill down the spine to see hundreds of nearly indistinguishable castles appear to be copied and pasted onto this Turkish hillside. Interestingly, not a soul inhabits these homes. 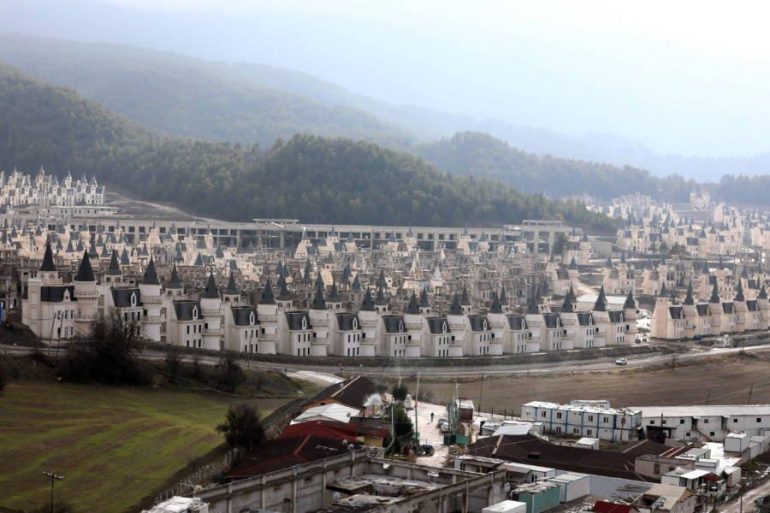 Yerdelen brothers, Turkish real estate entrepreneurs, build a sprawling village, Burj Al Babas, complete with 732 mini-castles on the Aegean coast with Gothic-style rooftop terraces overlooking the lush Turkish forests but came to a grinding stop due to a failed political coup, terrorist attacks, and, of course, the pandemic. 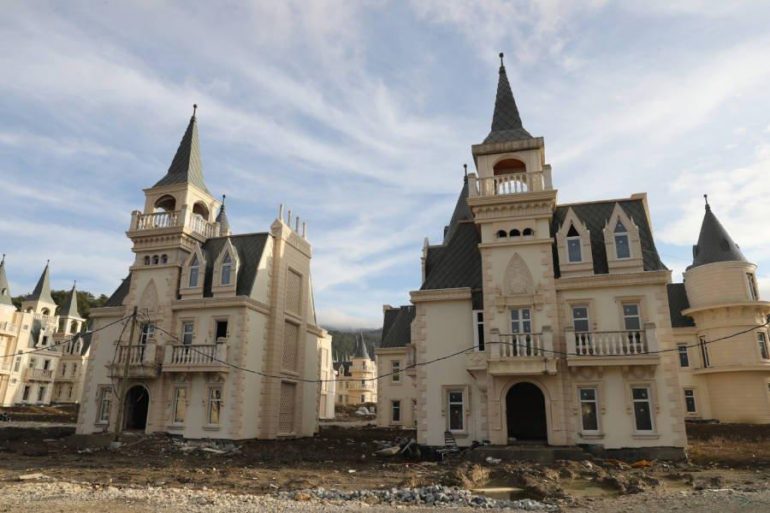 After the $200 million project went kaput, the developers were forced to declare bankruptcy. Moreover, investors and buyers pulled their money out leaving the manor-dotted valley deserted, eerie, and a neighbourhood of empty, half-finished shells. 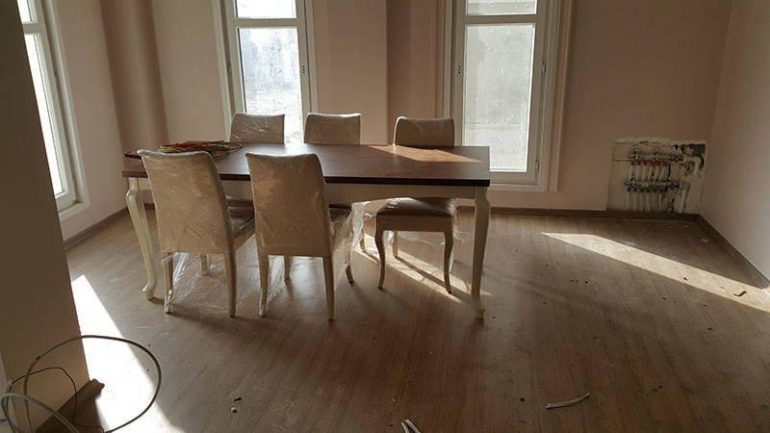 The image reveals a half-finished dining room in a home that clearly looks abandoned by its makers. 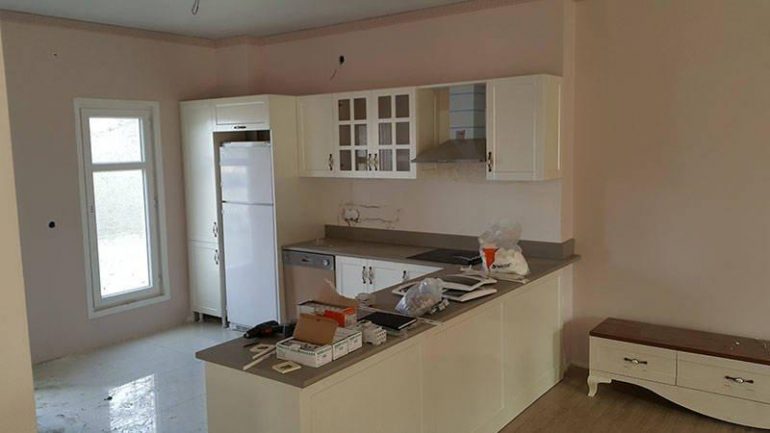 The unfinished kitchen paints a dismal picture which is a contrast to the ornate Gothic-inspired architectural details, and the magnificent natural vistas. 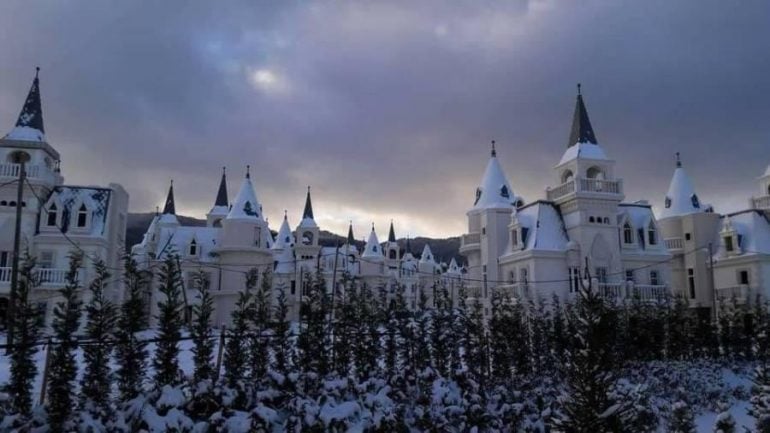 The only things that change in Burj Al Babas are the seasons. Seen here are snow-capped castle tops that look like a scene right out of a fairy tale. Pity such a magnificent project is gone to the dogs. Yet another ruthless after-effect of the pandemic. 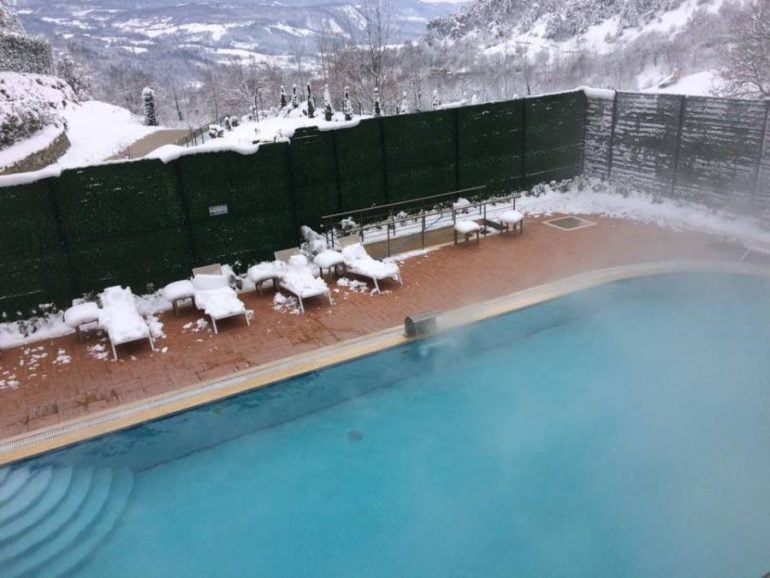 The abandoned poolside is sitting unused and uncleaned with snow settling in and melting away with the changing seasons. With no owners and users of these eerie-looking turreted buildings, there are rows and rows of such homes and pool sides catching snow and dust. 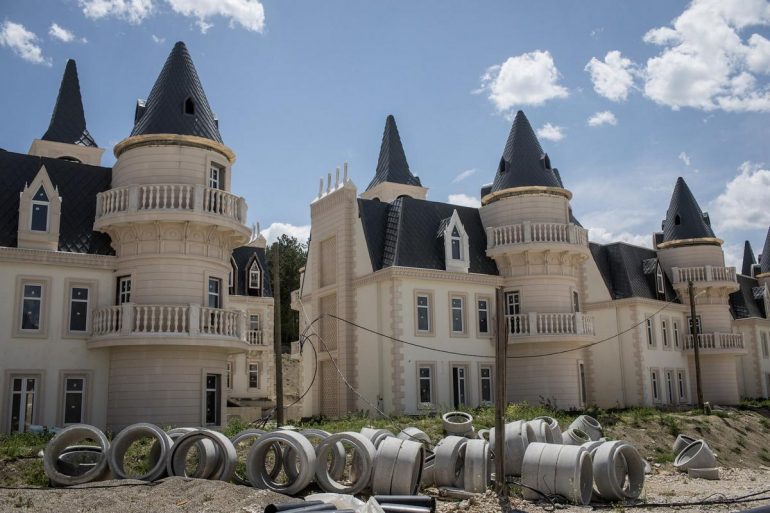 It wouldn’t be wrong to term this place ‘Turkish ghost town’ as what was supposed to be an upmarket European-inspired haven in the Middle East is now littered with abandoned construction materials.

Tags from the story
Turkey