It looks like the glory days of the almost three-decade-old Trump Towers are unredeemable after being considered the headquarters for the Trump Organization and a celebrity in its own right. Just like the Trump International Hotel, D.C, the Trump Towers also hold a special place in Trump’s heart, and by the looks of it, both iconic properties are heading towards a similar outcome. On the one hand, there was news of Trump selling his prized hotel owing to the lousy business. On the other hand, Donald Trump was hit with yet another embarrassing money problem for the legendary piece of real estate, The Trump Towers. 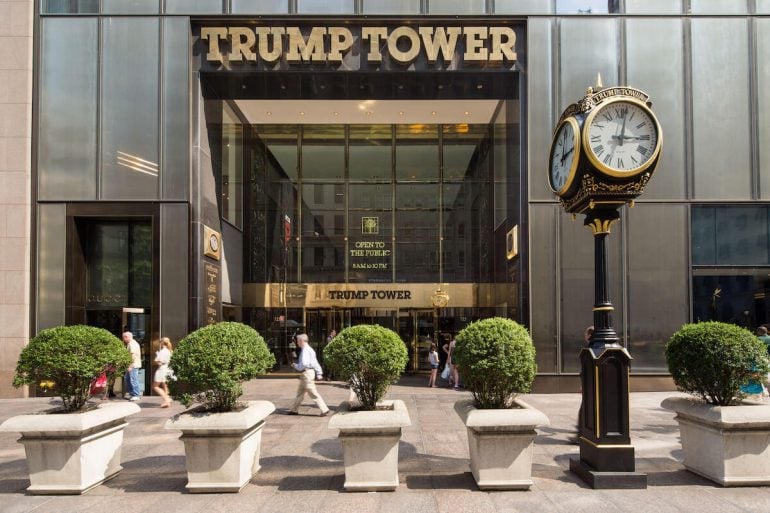 According to Bloomberg News, a $100 million loan on Trump Tower in midtown Manhattan has just been placed on a debt watch list as vacancies in the building keep going uphill perpetually. If 2020 was bad, 2021 isn’t any better as the building has fallen from 85% to 78%, and tenants keep breaking the lease.


Things are so severe; one tenant with only $40 in the bank owes $665,000 in rent. Marc Fisher Footwear, the former manufacturer of Ivanka Trump’s shoe line, fell behind nearly $1.5 million in unpaid rent. The towering structure could barely make $7.5 million in revenue in the first quarter of 2021 instead of the total revenue of $33.7 million in 2020.
Eric Trump told Queerty, “Trump Tower is one of the most underleveraged commercial buildings in New York City and maintains fantastic cash flow. We are incredibly proud of this building, which has some of the most prestigious tenants in the world and is an icon of the Manhattan skyline.”
Unfortunately for Trump, the Trump International Hotel & Towers along the Chicago River are in a similar predicament. The building’s commercial retail space is now 95% vacant and has gotten Trump a $300,000 property tax cut this year. Cook County Assessor Fritz Kaegi lowered the estimation of the building’s value, and his bill now stands at $698,399. Last year, Trump paid around $1 million in property taxes on the three levels of retail space in the downtown skyscraper.
Tags from the story
Donald-Trump, New-York, Tower