China is home to several architectural wonders, but here to beat those by a tough margin is a brand-new horizontal skyscraper that will soon open doors is China’s Chongqing city. An engineering feat of sorts, the building forms part of the Raffles city Chongqing project – a staggering 1.12-million-square-meter megastructure that will consist of eight skyscrapers connected by an enormous sky bridge. 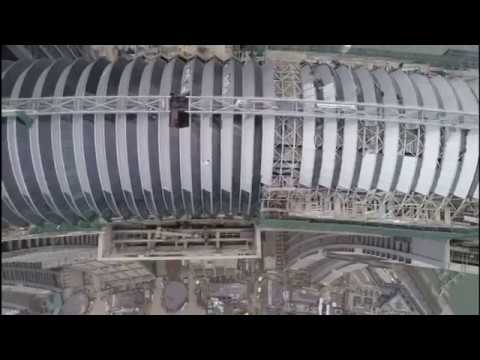 Created by world-renowned architect Moshe Safdie, the highlight of the ambitious real-estate deal is the horizontal skyscraper, or the sky bridge called the ‘Crystal’. It measures 250-meter-long and it touted as being the tallest of its kind in the world. Currently nearing completing, the structure will consist of a viewing gallery, sky gardens, an infinity pool and various restaurants. It will connect six of the development’s eight buildings and will also transform into a giant light beam at night time. The ambitious project is located at the center of the southwestern Chinese city at the very intersection of the Yangtze and Jialing rivers and is developed by CapitaLand, one of Asia’s largest real estate companies. 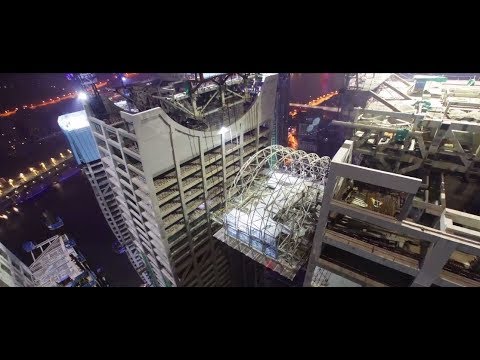 Commenting on the giant undertaking, Lucas Loh, deputy CEO and CIO of CapitaLand China said, “After six years of construction using state of the art engineering technologies, we are proud to present in Raffles City Chongqing an iconic architectural form resembling a powerful sail surging forward on the historic Chaotianmen site.” The megaproject spans across 9.2 hectares of land and also accommodates a 235,000-sq m shopping mall, office spaces, residential apartments, residences, and a hotel.