There is architecture and then there is thought-provoking architecture that really makes you get up from your seats and take notice. The annual eVolo Skyscraper Competition is one such event where big ideas are small and outlandish ideas are not only encouraged but also turned into reality. Case in point is a skyscraper made from genetically modified trees imagined for New York City and a water collecting tower that would hydrate Mexico City. the living skyscraper won first place. It is designed by Andrii Lesiuk, Mykhaylo Kohut, Sofiia Shkoliar, Kateryna Ivashchuk, Nazarii Duda, Mariia Shkolnyk, Oksana-Daryna Kytsiuk and Andrii Honcharenko of Guess Line Architects. 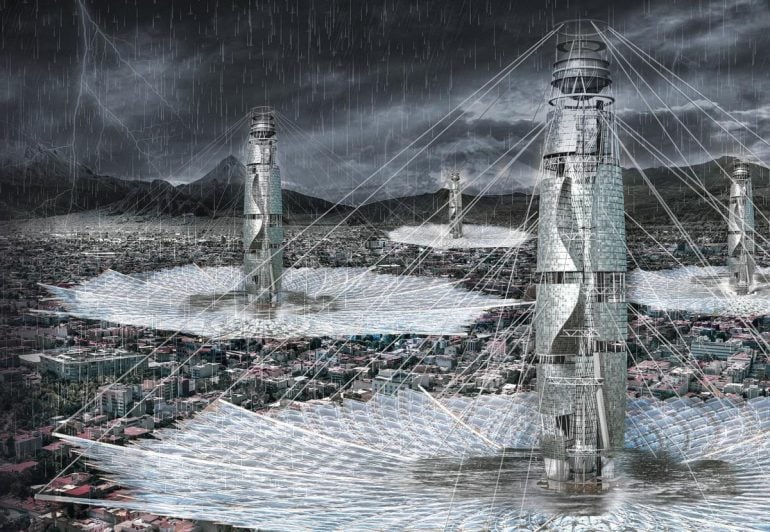 The designer of the Living Skyscraper shares, “We believe that by integrating genetically modified trees during the stage of their growth and development into architecture, we can restore the balance between the digitalized megacities and the Earth’s resources, which are gradually depleted.” The project works on the idea that would make use of a number of genetically modified fast-growing hardwood deciduous trees, which would be planted in specially prepared soil. They would then be grown into truly sustainable high-rise housing and/or office space. 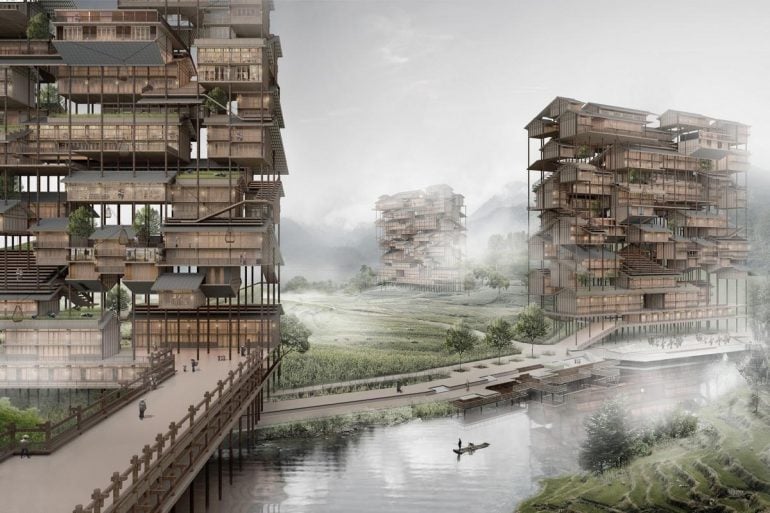 This has actually been proposed by Mitchell Joachim of Terreform One and built by Ferdinand Ludwig but this team of eight designers from Ukraine takes it to a new level. They said, “During development, the branches of nearby trees will be grafted at different levels and form a network structure – a kind of conjugation that will strengthen the structure and continue its growth. The branches of hybrid “trees of the future” will form the structure of a living skyscraper, form even, separate biomorphic structures, and feed on soil, water, and sun resources, forming an ecosystem that is essential for large agglomerations. As it grows, a living skyscraper can connect with nearby buildings and form green overhanging communications over a block.” Talk about having out-of-the-box ideas, this one is out of the building! 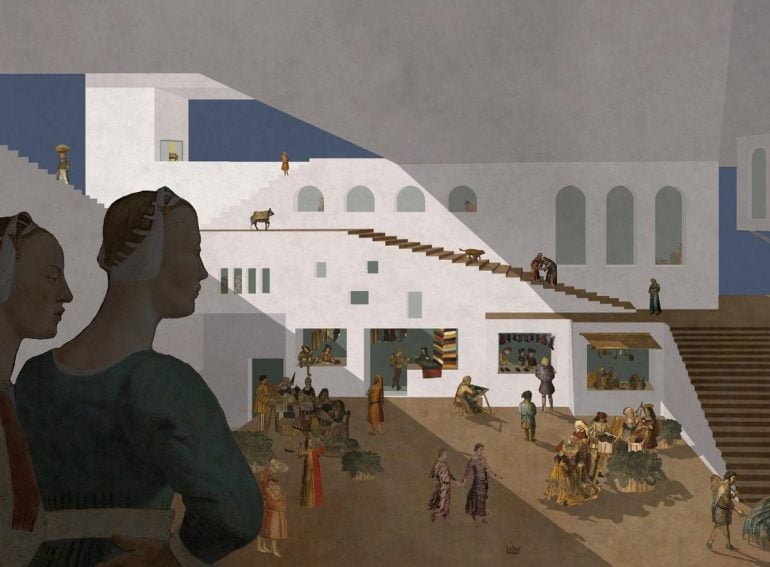 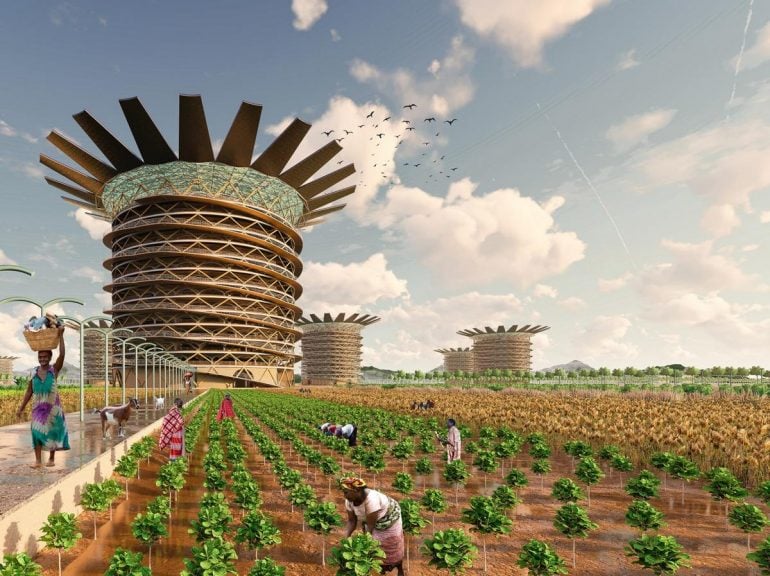 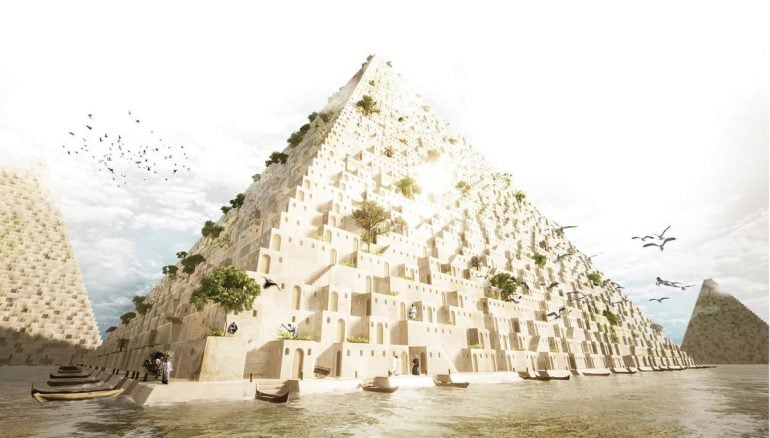 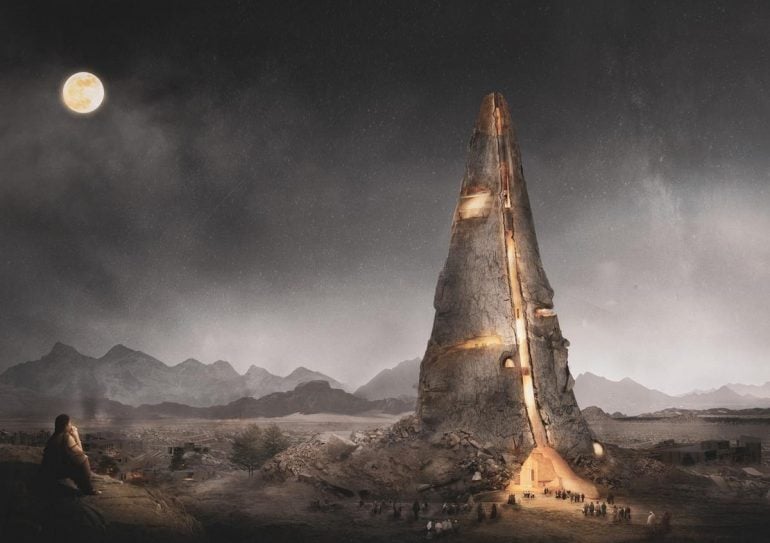 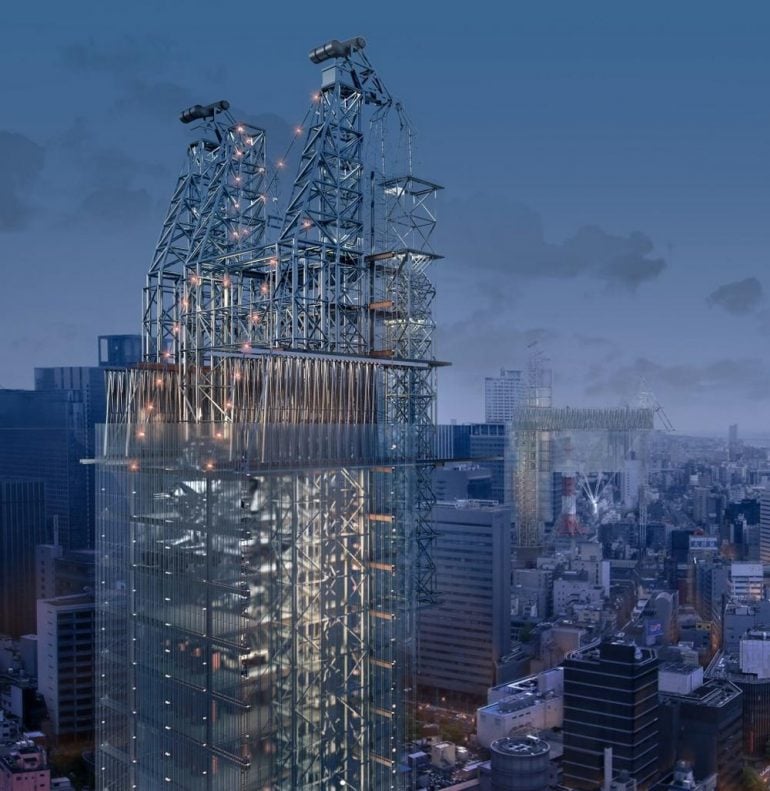 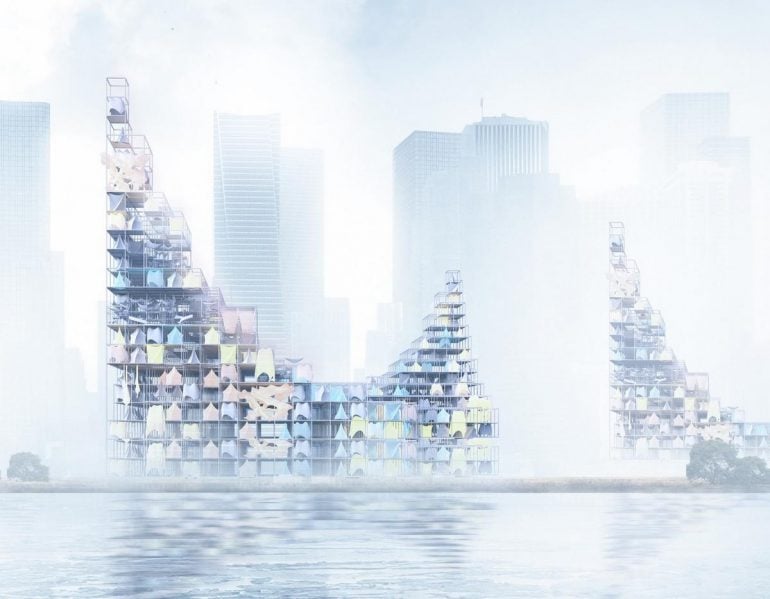 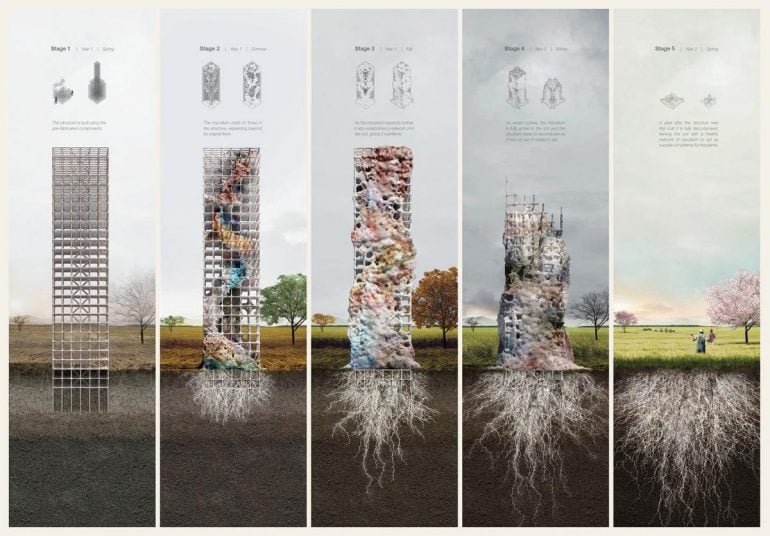 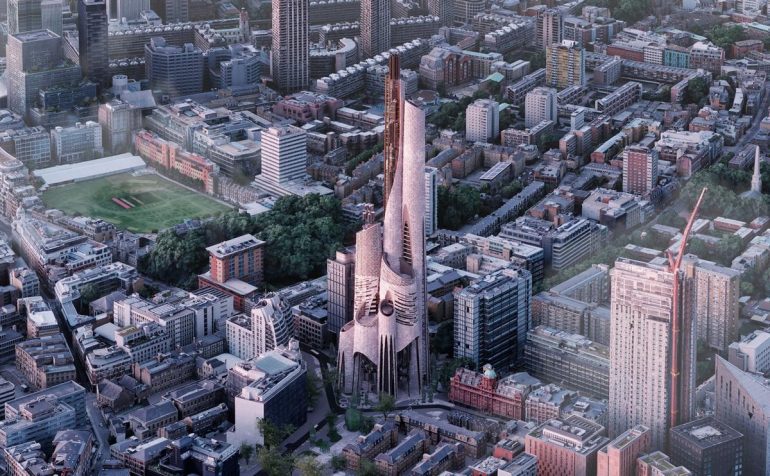 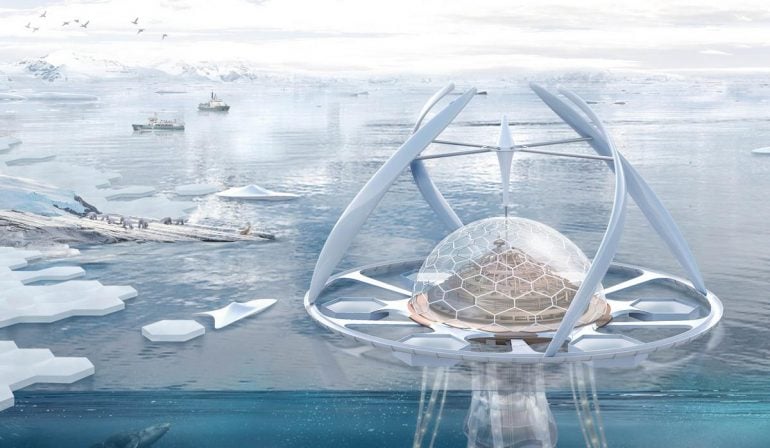 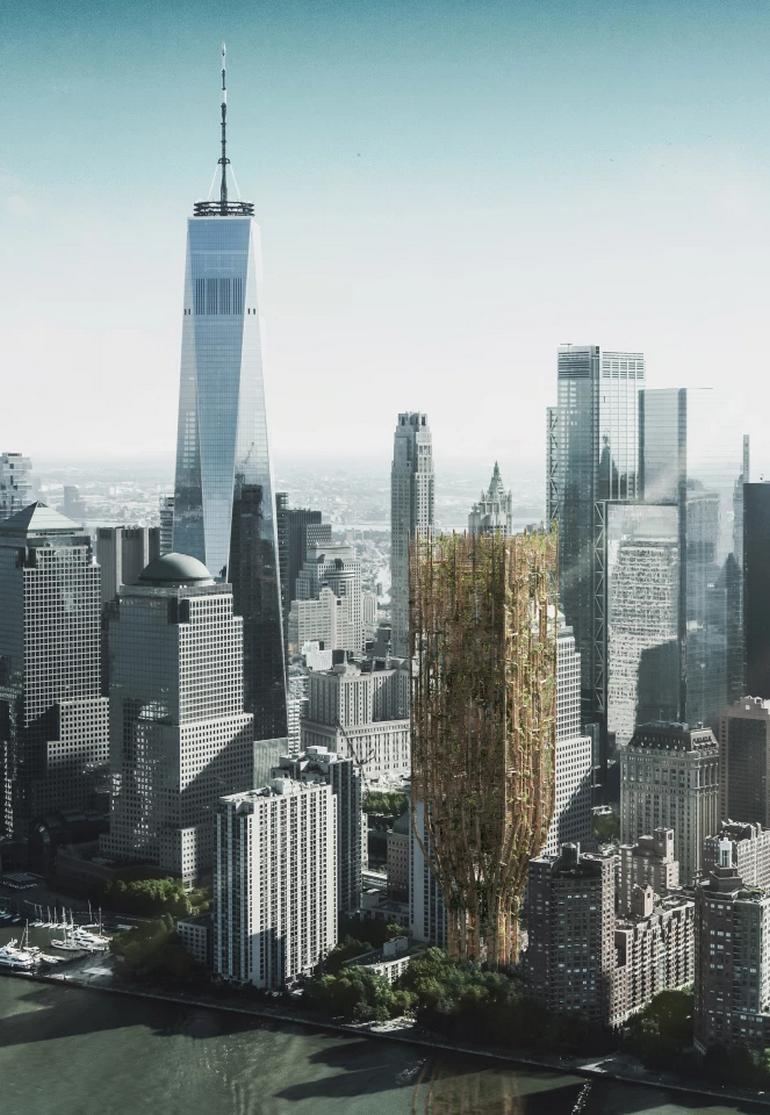 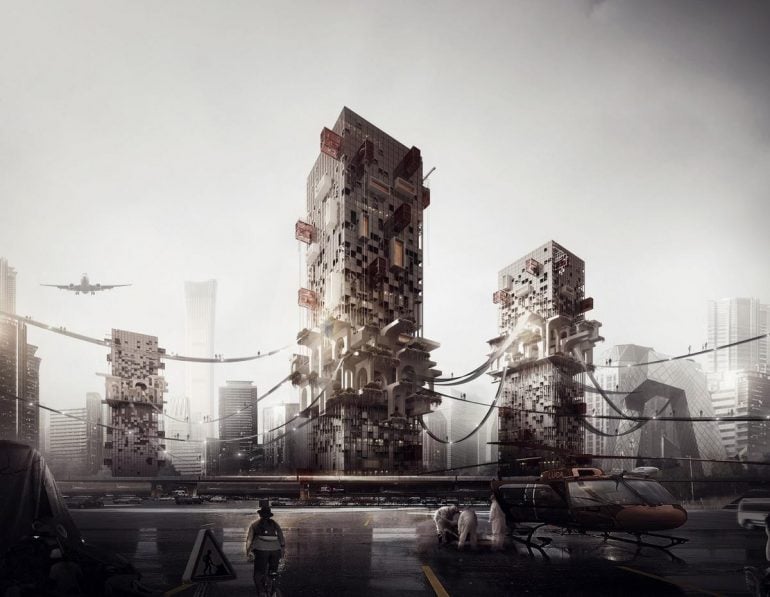 Tags from the story
Architecture, Skyscraper