Remember the one-off Bugatti La Voiture Noire that was revealed recently at the 2019 Geneva Motor Show. Well, the world’s most expensive car with a price tag of $12.5 million was rumored to be built for Dr. Ferdinand Piëch, grandson of Ferdinand Porsche and former chairman of the Volkswagen Group. However, it turns out that they were mere rumors and fresh reports suggest the bespoke Bugatti was sold to none other than soccer superstar Cristiano Ronaldo. The Juventus star already boasts one of the most extensive and expensive car collection and was one of the first owners of the Bugatti Chiron. However, Ronaldo’s latest addition to his garage is bound to eclipse all the other super expensive machines owned by him, which include Lamborghini, Aston Martin, Rolls-Royce, and two Bugatti hypercars. 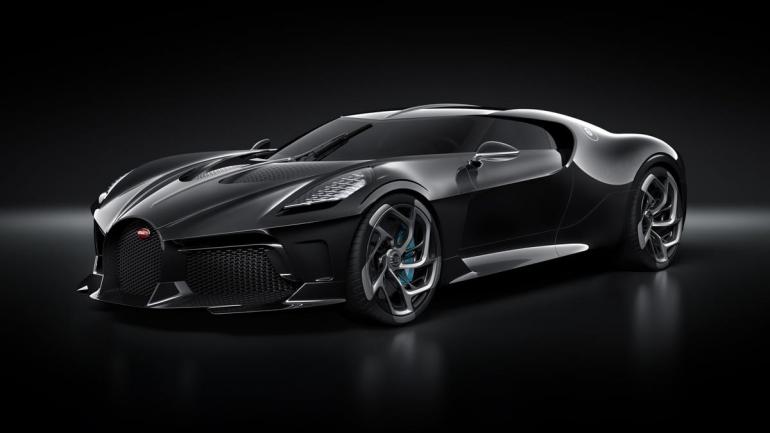 Bugatti has confirmed that it has found a buyer for the La Voiture Noire, however, the company didn’t reveal the name of the owner. However, the UK’s Daily Mail suggests that the 34-year-old soccer sensation is the secret buyer. Only one model of the La Voiture Noire has been built and it is inspired by the four iconic Type 57 SC Atlantic models that Bugatti made between 1936 and 1938. It is powered by the same 8.0-liter turbocharged W16 engine found in the regular Chiron, but the aesthetics of the hypercar has been heavily tweaked. La Voiture Noire, which means “The Black Car,” has been built to commemorate the 110th anniversary of the luxury car firm.

Tags from the story
Bugatti, Cristiano-Ronaldo