You can’t silence a man like Donald Trump; not forever and certainly not without consequences. If men like Mark Zuckerberg, Jack Dorsey, and Sundar Pichai don’t get it, then Trump has his ways too. Donald Trump announced today that he is suing Facebook, Twitter, Google, and their CEOs as he accused them of “shameful censorship” and cancel culture. The head honchos will be facing the wrath of the former US President, who was permanently banned from Twitter following the violent storming of the US Capitol by Trump voters that left five dead. As expected, the social media companies were disquieted that Trump’s words following that day would only continue to stoke violence. As a result, his massive accounts were blocked, along with those on Snapchat, Pinterest, Twitch, Instagram, and others. In retaliation, Donald Trump has launched a massive lawsuit against Facebook, Twitter, and Google, but the suit isn’t just for him. He demands ‘immediate injunctive relief to allow the prompt restoration of his social media accounts as well as punitive damages for Facebook’s, Twitter’s, and Google’s actions against him. Trump said, “We’re demanding an end to the shadow banning, a stop to the silencing and a stop to the blacklisting, banishing and canceling that you know so well.” He continued, “The Founding Fathers inscribed this right in the very first amendment to our Constitution because they knew that free speech is essential to the prevention of, look … the prevention of horror.” 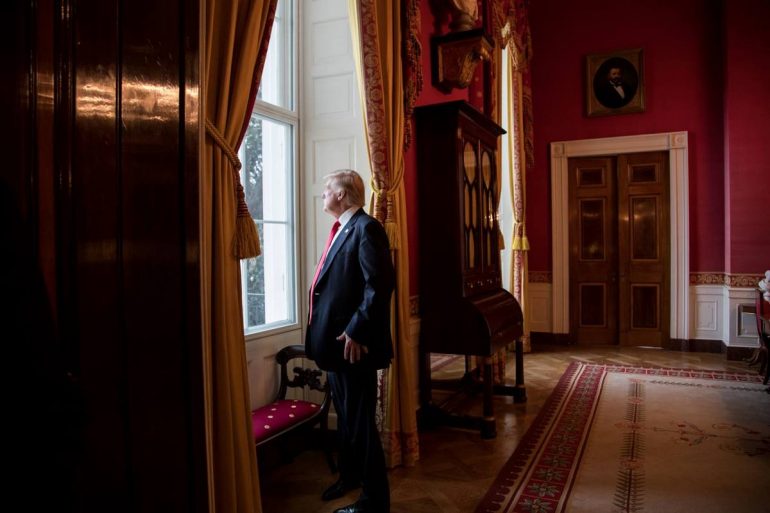 Trump is filing the suits as class actions instead of simply on his behalf, contending that the social media platforms should not enact limits on other conservative users.

Trump accused the mainstream media and politicians of cozying up to big tech. “There is no better evidence that big tech is out of control than the fact that they banned the sitting President of the United States earlier this year, a ban that continues to this day,’ he said. Neither Facebook, Twitter, and Google have yet commented on the suit. Unlike Twitter, which banned Trump, Facebook and YouTube have not deleted his accounts. Trump has 35 million followers on Facebook, 24 million on Instagram, and 2.8 million on YouTube.