The Wimbledon men’s final last Sunday turned out to be a nail-biter, with Novak Djokovic winning in five sets against Roger Federer to capture his fifth title at The Championships. Equally exciting was the women’s final between Serena Williams and Simona Halep, which helped Wimbledon become one of the most-watched sporting events. This is a dream situation for luxury brands, especially watchmakers, that pay millions to these tennis stars to endorse their products. Here are some of the top tennis players and the expensive watches they are seen sporting on the court. 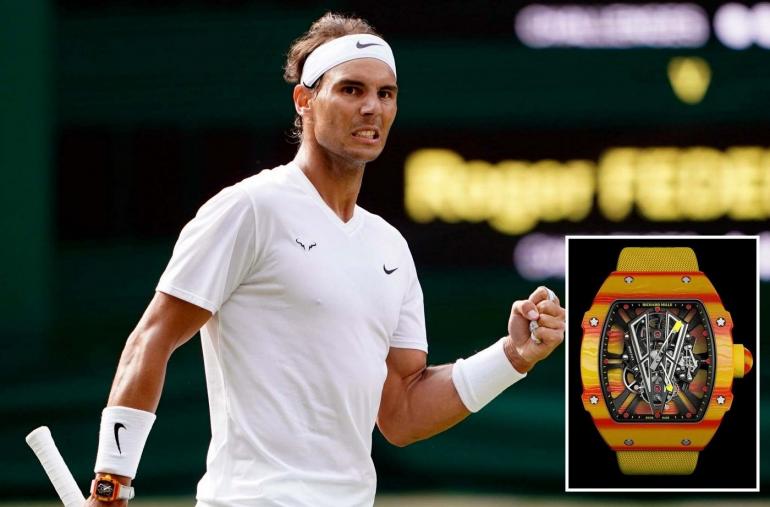 Rafael Nadal – Richard Mille RM27-03 ($685,000)
The association between the Swiss luxury watchmaker and Rafael Nadal has been continuing since 2010 and the Spanish sporting sensation is often seen wearing a special edition Richard Mille timepiece while playing tennis. The 33-year-old Spaniard sported a £550,000 (about $685k USD) RM27-03 model at Wimbledon last year that weighs just 20 grams and can withstand 10,000 G’s of force. Only 50 examples of the watch have been produced. 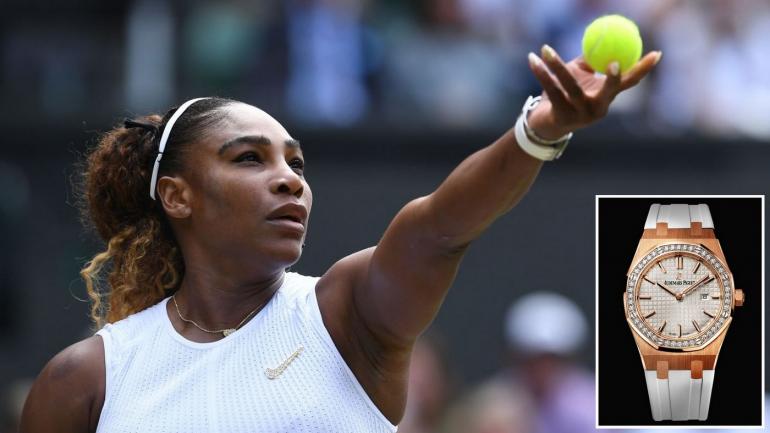 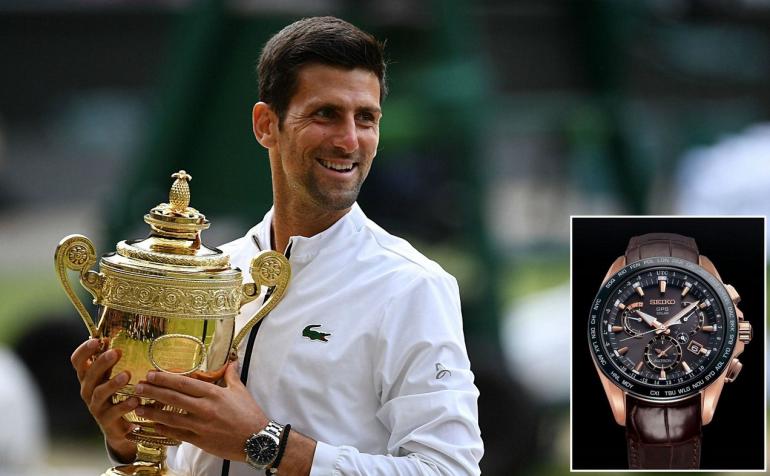 Novak Djokovic – Seiko Astron GPS Solar Dual-Time ($1680)
Novak came to Wimbledon this year as the number one seed and ultimately managed to defeat Roger Federer to lift the gentlemen’s singles trophy, which is great news for Seiko. The Serb signed a multi-million-dollar contract with the watchmaker in 2014 to be their ambassador until 2020. Seiko introduced a special edition version of its Astron GPS Solar Dual-Time timepiece for Novak Djokovic that features a stainless steel case with rose-gold coating and black ceramic bezel. 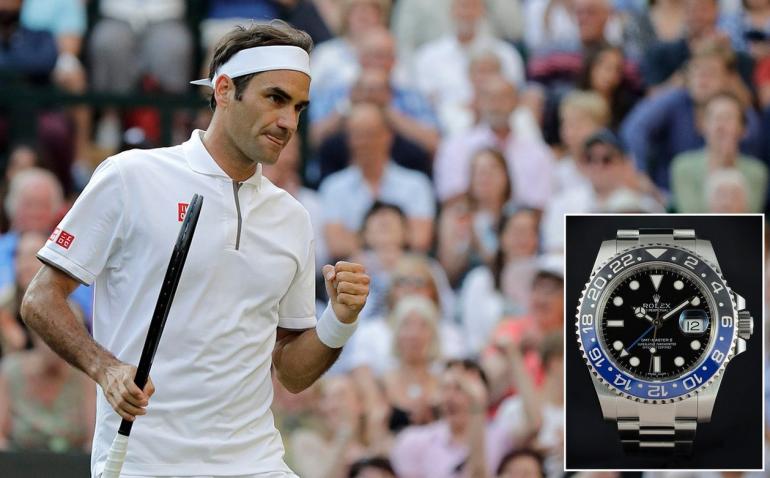 Roger Federer – Rolex GMT-Master II ($13,750)
The Swiss tennis legend has been brand ambassador for Rolex since 2006 and has been spotted wearing some of the best watches by the Swiss manufacturer over the years. The most notable of them is the Datejust II that he wore after breaking Pete Sampras’ all-time Grand Slam record in 2009. Federer is also often seen wearing the GMT-Master II and even owns a 1981 vintage Daytona 6263, which he received on his 30th birthday. 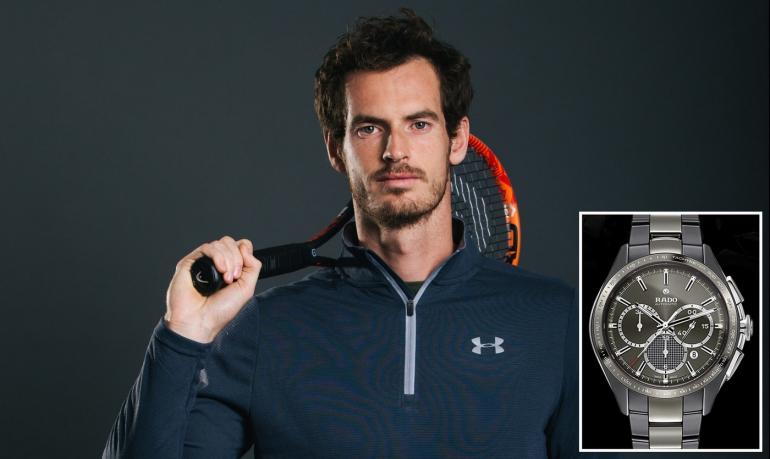 Andy Murray – Rado Hyperchrome Automatic Chronograph Match Point ($4200)
The tennis star has been plagued by injuries forcing him to reduce his tennis, but the 2016 Wimbledon champion’s teamed up Serena Williams for mixed doubles at this year’s edition. When he lifted the trophy at the All England Club three years back, he became the first Brit to win Wimbledon in 77 years, making it truly special, and he was snapped wearing a Rado Hyperchrome XXL on his wrist. 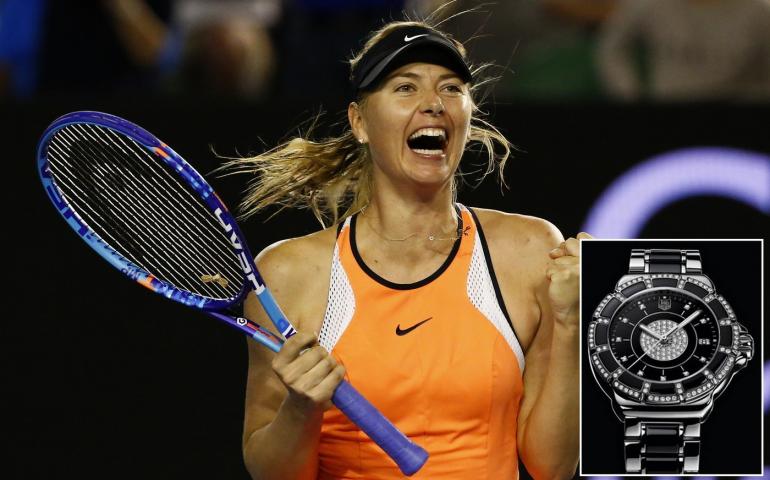 Maria Sharapova – TAG Heuer Formula 1 Lady ($3,559)
When the Russian tennis sensation failed a drug test and was banned from the sport, she ended up losing many for her endorsements, including the commercial partnership with TAG Heuer that began in 2004. Before the relationship came to an end, Sharapova was often seen wearing the Aquaracer model on the court and the Formula 1 Lady outside the court. The stainless steel model features diamonds on the bezel as well as on the center of the dial. 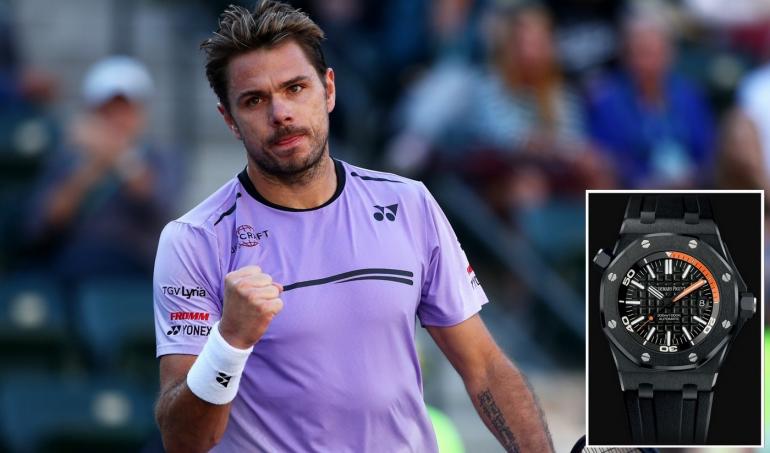 Stan Wawrinka – Audemars Piguet Royal Oak Shore Diver ($22,500)
The Swiss tennis star reached a career-high world no. 3 singles ranking in 2014 and that’s when he signed a deal with Audemars Piguet. Wawrinka was often seen wearing their Diver chronograph on the court and even was a part of Audemars Piguet’s exclusive marketing campaign in 2017. 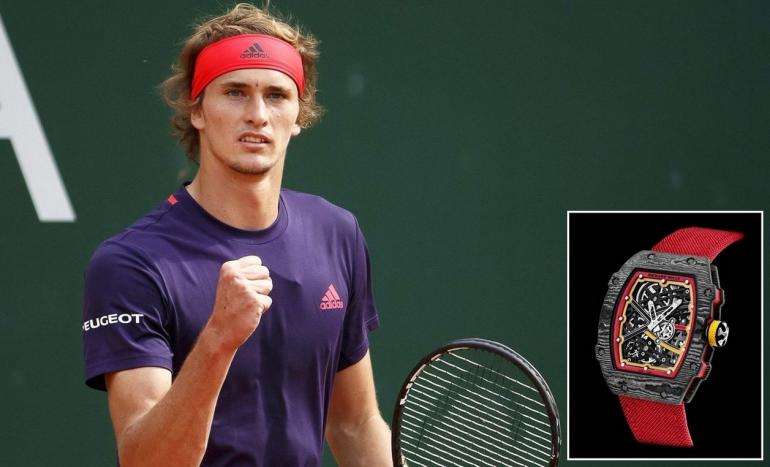 Alexander Zverev – Richard Mille RM 67-02 Alexander Zverev Edition ($131,000)
The 22-year-old German is considered one of the hottest prospects in tennis currently. Touted as the future of the game by champions like Rafael Nadal, Zverev has become a favorite amongst brands for endorsements. Richard Mille has backed Zverev since 2016 and presented a special edition RM 67-02 timepiece in 2018 that weighs just 32 grams and is made of ultra-light and strong carbon quartz TPT. 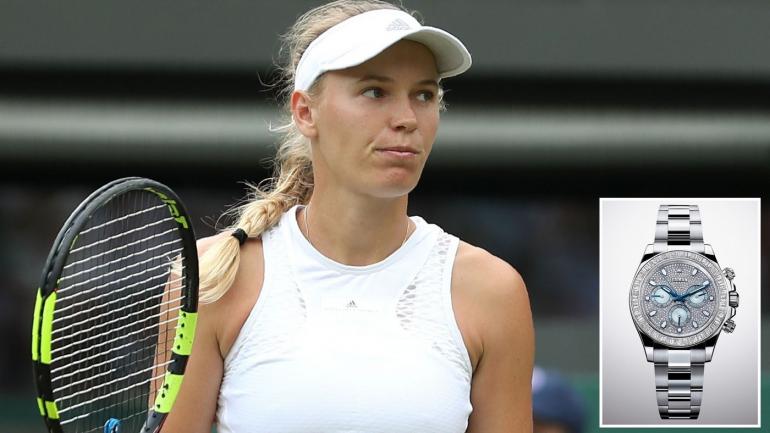 Caroline Wozniacki – Rolex Daytona ($1,42,250)
The Danish tennis star has been backed by Rolex since 2010 and she was snapped wearing a dazzling Rolex platinum Daytona when the former world number one claimed her first Grand Slam title in 2018 by defeating Simona Halep in the Australian Open. The Rolex features pave diamond dial and baguette-cut diamond bezel. 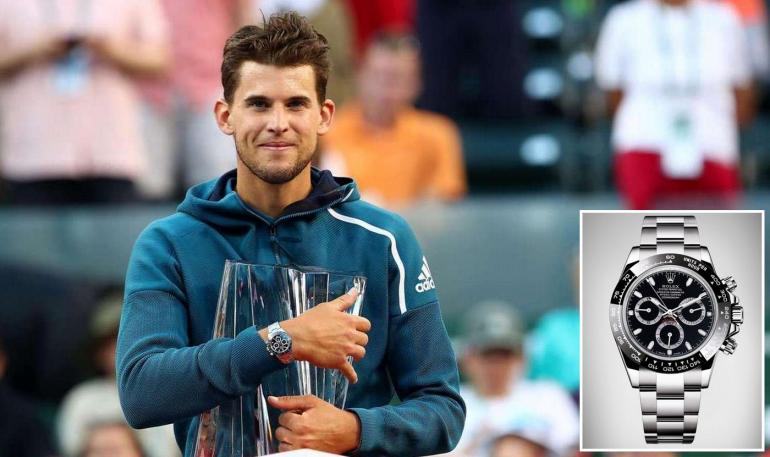 Dominic Thiem – Rolex Daytona Chronograph ($17,500)
Often touted as a potential successor to Nadal to become the king of clay, Dominic Thiem seems to be a big fan of Rolex watches and is often seen wearing stainless steel and ceramic Daytona chronograph with a black dial. The 25-year-old Austrian who is currently ranked 4th in the world also favors a stainless steel Submariner, also with a black dial and black ceramic bezel.