Is there a way to a woman’s heart? Yes, there is, but if we take Kanye West’s example, that way is very expensive. The Donda rapper has found himself a doppelganger of his ex-wife Kim Kardashian and bought the dead ringer an exuberant and rare $275,000 Hermes Birkin bag (silver metallic Chèvre leather with palladium hardware). 24-year-old Chaney Jones is, Kanye’s current flame, has learned quickly from his former girlfriend Julia Fox. not only did Kaye gift Fox a Birkin bag for her 31st birthday, but he also gifted four of the pricey accessories to her girlfriend. 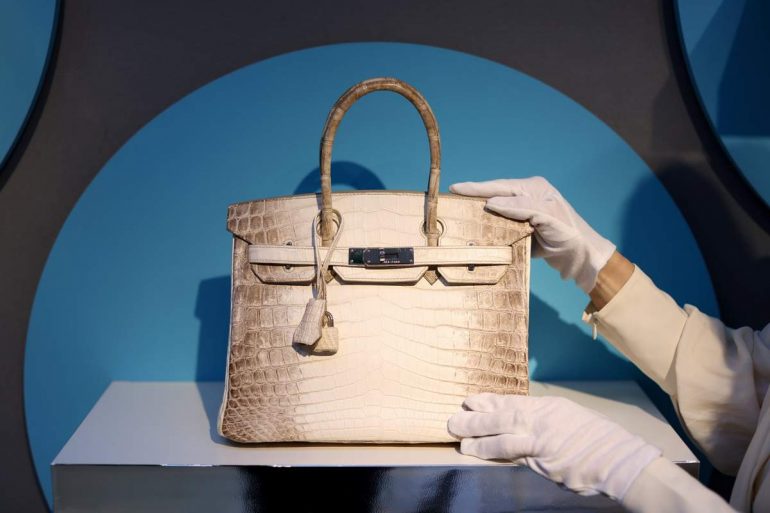 No wonder Jones asked for this exact version of the Hermés bag, as it is “very very rare” and not in circulation anymore. Kanye wanted to watch his girl squeal with delight, so the 44-year-old rap star watched over FaceTime as Chaney received the purse in Houston. West commissioned personal shopper and stylist Michelle Lovelace to secure the goods. “They decided to do a Birkin, and he definitely wanted to stick with an exotic [skin], which is how she ended up getting the ostrich,” Lovelace told Page Six Style after the big reveal. “And then the next day, they were like, ‘Wait, we actually want to get more,’ because he wants to gift all her close friends one, too. I was like, no way. I couldn’t believe it at first.”


It is beginning to look like Birkins are, after all, the ultimate expression of love for the affluent. Not too long ago, an overtly romantic London billionaire bought a $678,000 Hermes Birkin sculpture for his girlfriend on Valentine’s Day.
Tags from the story
Bags, Birkin, Hermes, Kanye-West