Little did the Fullerton college dropout know that he would enjoy an illustrious career spanning four decades in the movie business. The visionary behind the blockbuster Titanic enjoys an equally enormous net worth of nearly $700 million. One of the wealthiest moviemakers in the world, Cameron doesn’t shy away from living like one. Let us take a closer look at the luxurious life of the Avatar director-

A king needs his palace; Cameron had his Malibu mansion-
The 68-year-old may call New Zealand his home now, but before migrating to the Land of the Long White Cloud, he resided in a lavish Malibu mansion. Cameron, and his wife, Suzy Amis, raised their four children, Josephine, Quinn, Claire, and Elizabeth, in an 8,000 square feet California home. The big family lived comfortably in a home with six bedrooms and seven bathrooms. The property featured a separate guest house, a gourmet kitchen, and an interior garden.
Amenities like a tennis court, two swimming pools, a courtyard, and an indoor cinema made the luxurious home suitable for the uncrowned king of Hollywood. The Oscar-winning director listed his Malibu compound for $25 million in 2020. The decorated filmmaker owned large parcels of undeveloped land in Malibu and nearly 730 acres of ranchland in the Santa Monica Mountains. The land sold for $25 million in 2007, and the Mountains Recreation and Conservation Authority bought 703 acres for $12 million in 2014 with plans to preserve the property as open space, according to KCRW.
A Utopia like no other in serene New Zealand-
After filming Avatar in New Zealand, Cameron bought a home and a farm there in 2012. For the next eight years, the expert in deep-sea exploration divided his time between Malibu, California, and New Zealand till he made New Zealand his permanent home. James shared, “I plan to make all my future films in New Zealand, and I see the country having an opportunity to demonstrate to the international film industry how to safely return to work. Doing so with Avatar [sequels] will be a beacon that, when this is over [COVID-19 pandemic], will attract more production to New Zealand and continue to stimulate the screen industry and the economy for years.”

The director acquired more than 1500 hectares (3700 acres) of land to build a home. The area includes two extensive properties that cost him $20 million. The Oscar-winners estate is located near Wellington and boasts several bedrooms, bathrooms, living areas, home offices, and a well-equipped kitchen.


In addition to three Oscars, James Cameron owns a winery too-
You know you’re talented when you win awards. James Cameron’s Titanic won 11 Oscars while he won three. You know you are rich when you own a private winery in the Comox Valley, British Columbia. Named the Beaufort Vineyard and Estate, spread across 84 acres, Cameron bought the winery for $2.9 million from founders Jeff and Susan Vandermolen. Beaufort Vineyard & Estate Winery offers ten different varieties.
It was the winner of the Northwest Wine Summit in Oregon, the All Canadian Wine Championships, and 27 medals at the International Wine Challenge in London. Still, it looks like the Canadian moviemaker wants to quit the wine-making game as his Beaufort Vineyard and Estate Winery near Courtenay has been put on the market for a mere $5.9 million, per Times Colonist.
Supercars are passé, let’s submarine-
A fleet of Triton Submarines ($3 million each) became part of the movie moguls’ collection while making the legendary Titanic. These babies were used to explore the wreck site, shoot underwater scenes, and recover artifacts. James Cameron partnered with Triton Submarines to create the next generation of ocean exploration technology. 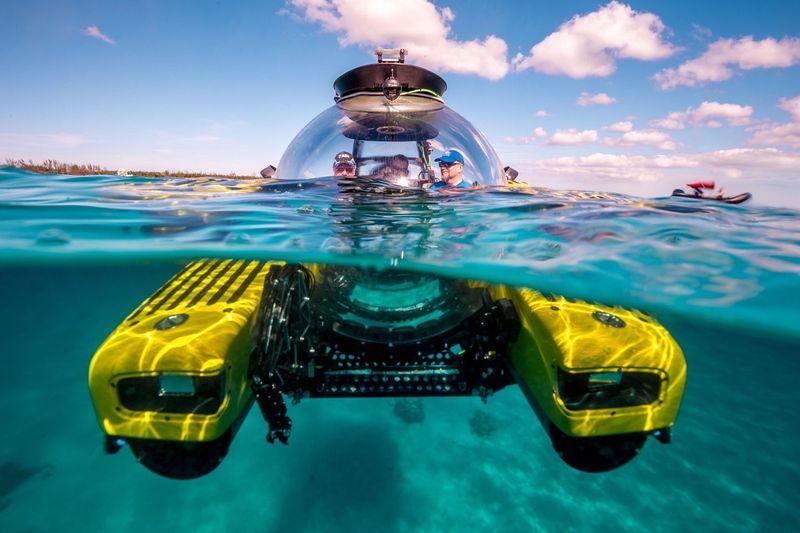 Cameron shared, “We’re entering an exciting new age of technically-enabled ocean exploration reliant on a new suite of marine vehicles, advanced imaging systems and other tech that will propel ocean science. More than 80 per cent of our oceans are unexplored. There are mysteries to solve, new discoveries to make and critical knowledge to acquire.” 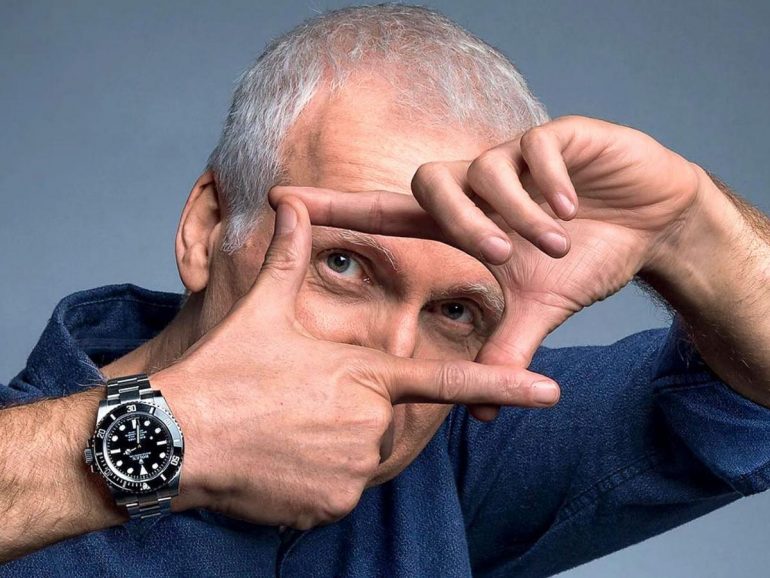 James is a Rolex aficionado-
The world may swoon over his movies, but James Cameron has always been a Rolex fan. His passion for sea exploration required him to opt for a reliable timepiece, and the Rolex Submariner was his perfect companion for three decades. Cameron said, “The Submariner has been my constant companion throughout all of my work as a deep ocean explorer, and my film career. This watch represents the things I aspire to be – strong and dependable over the long haul, striving for excellence but understated, classy but not glitzy or gauche, never ostentatious but never anonymous. And it loves the ocean – it loves the water and is not afraid of pressure. Like me.” The free diver purchased the Rolex Submariner black in 1986 following the massive success of his film ‘Aliens.’


The watch lover has sported the timepiece at varied events, from the Titanic wreck site to the prestigious Oscars. Then came the Rolex Deepsea Sea-Dweller with D-Blue Dial 116660 in 2014. The luxury watch brand that seldom released watches outside its regular Baselworld schedule paid tribute to the iconic filmmaker (who isn’t even an official brand ambassador) with this special edition. Needless to say, the watch found a permanent place on his wrist.
A plethora of cars and bikes-
In addition to making larger-than-life films, delving into deep-sea exploration, and sporting and enjoying expensive watches, James Cameron is a motorcycle enthusiast. Taking the limelight away from his stunning Corvette C6 Convertible is the Ducati 848 EVO, one of the fastest motorcycles in the world. The director also owns not one but three Harley-Davidsons. His Harley was featured in the movie Terminator 2: Judgment Day! The vegan has been spotted riding his Harley with biker buddies Arnold Schwarzenegger and Ralf Moeller.
Tags from the story
New-Zealand