Fashion and politics have always been closely linked. First ladies are emulated and heralded as trendsetters during their tenure in the office. They admirably fulfill the formidable role of balancing their style with their political expectations, while facing constant and unforgiving public scrutiny. The following FLOTUS are fondly remembered for their contribution to the world of fashion almost as much as politics , their outfits still adorn museums and their styles still remain lust worthy, long after they have left the White House. 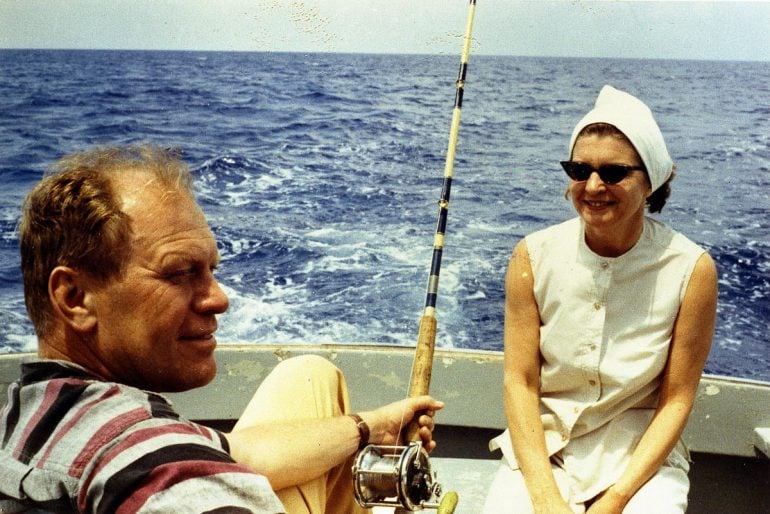 5) Elizabeth “Betty” Bloomer Warren Ford (1974-1977)
The last FLOTUS on my list is a former department store model who brought 70’s fashion to the forefront. She’s none other than Betty Ford (wife of President Gerald Ford) who despite her short stint as a First Lady, left an indelible mark in the world of fashion. An outspoken activist, she addressed taboo issues like breast cancer and women’s rights publicly. Often seen in well-tailored pants, wide belts that cinched her tiny waist, colorful scarves by local designer Frankie Welch and low heels, she exuded a carefree spirit. Her snug and stylish gowns with long slits accentuated her hourglass figure and her penchant for ‘Mandarin collars’ was evident in their designs. 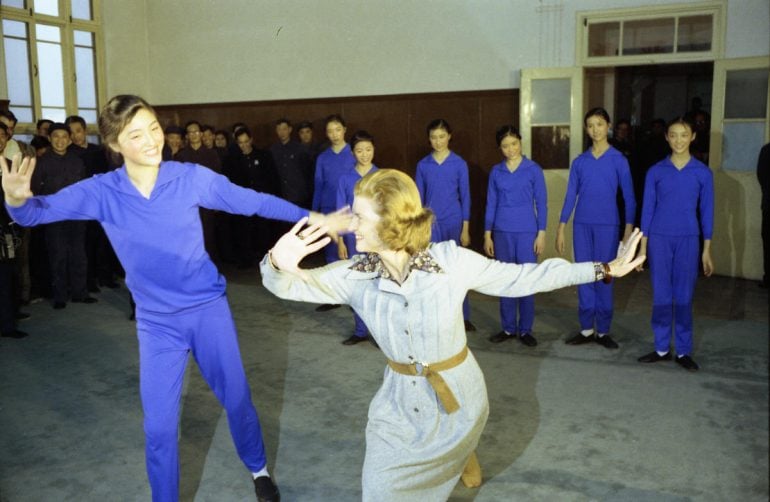 Betty was “extremely interested in fashion” and in designers like Halston, Oscar de la Renta, Christian Dior, and Pierre Cardin. As noted by Marie Claire “ she was one of the first women to wear a pantsuit in the White House, a bold declaration at the time given that Congresswomen weren’t allowed to wear pants in the Capitol building until the 1990s”


4) Nancy Reagan (1981 – 1989)
President Ronald Reagan’s wife, Nancy was a fashion powerhouse. She was known for her immaculate taste and often extravagant choices which frequently cost a pretty penny. “Nothing could have proclaimed the dawning of the age of unabashed conspicuous consumption more than the Reagans’ arrival to the White House” It is rumored that she hoarded $1 million worth of unpaid clothes during her tenure.
Nonetheless, Nancy was a true symbol of sophistication, she wore smartly cut dresses that showed off her small waist from her favorite designers like Oscar de la Renta, Bill Blass, Adolfo, Carolina Herrera, James Galanos and Arnold Scassi. She always promoted American designers and was also partial to the color red (which became affectionately known as the ‘Reagan Red’) Anecdotal history reveals that in 1985, Lady Diana wore a red pocket square to pay homage to the First Lady’s favorite color when they met at the U.S. Capitol.
3)Michelle Obama (2009-2017)
The style story of Michelle, the beloved wife of Barack Obama is the complete opposite of her successor, Melania Trump. A trailblazer in her own right, her fashion as well as her toned arms became the hot topic of conversation in the local and international press. She attracted the masses with her authenticity, and this beauty with brains became a champion of an alternative power dressing. Her first appearance in 2008 on the Tonight Show with Jey Leno as the wife of a Democratic party nominee, clad in a modest J. Crew outfit was the start of an inclusive fashion movement, which continued over an eight-year stint.
She embraced bold styles (showing more skin unlike the former first ladies) and showcased new designers like Jason Wu, Tracy Reese, Narciso Rodriguez, and Proenza Schouler who now show at New York Fashion Week. She showed no particular allegiance to any design house and embraced high street style just as easily as couture. She used fashion as a tool to advocate her political viewpoint, like when she wore a Naeem Khan .an Indian-American designer outfit to the India state dinner.
“Our glorious diversity — our diversities of faiths and colors and creeds — that is not a threat to who we are; it makes us who we are,” she said during her final speech, and the proof was, literally, on her back.
2) Melania Trump (2017-2021)
Many find it hard to positively comment on Mrs. Donald Trump, her sartorial fashion picks have often fallen victim to public wrath (the infamous “I REALLY DON’T CARE, DO U?” Zara jacket episode) as well as guffaws from world media. However, it’s unfair to besmear her entire wardrobe as some outfits have been for me, quite on point.
Melania wasn’t partial to any particular designer but donned extravagantly priced outfits from designers like Chanel, Dior, Bottega, and of course, Gucci. I liked her choice of stylishly cut coats and her flair for minimalistic couture, encapsulated remarkably by the choice of her exit outfit; a black Chanel suit coupled with a crocodile skin Birkin and patent leather black Louboutins.
Her power dressing sometimes included equestrian and safari themes and many times had a vintage tinge to it.
1) Jacqueline (Jackie) Kennedy Onassis (1961-1963)
Needless to say, Jackie Kennedy, wife of President John. F Kennedy was the most important fashion influencer of the ’50s as she redefined the meaning of all- American elegance. Not one to over experiment with her looks, Jackie with her classic staples won the hearts of young and old. Her modest boat neck, white wedding gown set the theme for bridal fashion for an entire decade and she was instrumental in popularizing shift dresses, elbow-length gloves, and the adorable pillbox hat.
Her immaculate taste was reflected in her choice of brands: she loved Oleg Cassini’s colorful skirt suits, her Gucci ‘Jackie’ bag ( it was famously named after her), her Tiffany & Co. baubles, her timeless Cartier watches, and her elegant Valentino formals.
As European editor-at-large of Vogue, Hamish Bowles, told The Metropolitan Museum of Art in 2000, Onassis set the standard for how “an entire generation” of American women strove to “look, dress, and behave.”
All these FLOTUS had superlative taste and used their styles to their advantage. While they all made some grave errors of judgment and received flak from the media and the public, it was evident that these ladies used their personal style to wield power and find their footing in the politics of their times. Now all eyes are on Jill Biden as she begins her term ,so far she has favored coveted American designers like Oscar De La Renta and also vocalized her sentiments on climate change by repeating her dresses unabashedly. Let’s wait and see how this First Lady channels her inner fashionista during her tenure.
Tags from the story
Barack-Obama, Donald-Trump