The legendary Mercedes-Benz G-Class (commonly known as the G-Wagen) has been around for more than 40 years, and during that period it has transformed from a hard-core off-roader built for military use to one of the most popular lifestyle vehicles currently on sale. The G-Class has been one of the best-selling models for Mercedes-Benz over the last few years. A few months back, the German automaker announced that it had delivered 41,174 units of the celebrated SUV in 2021, setting a new sales record. In fact, there were reports that the G-Class was completely sold out till 2025 and the company had to temporarily stop accepting new orders. 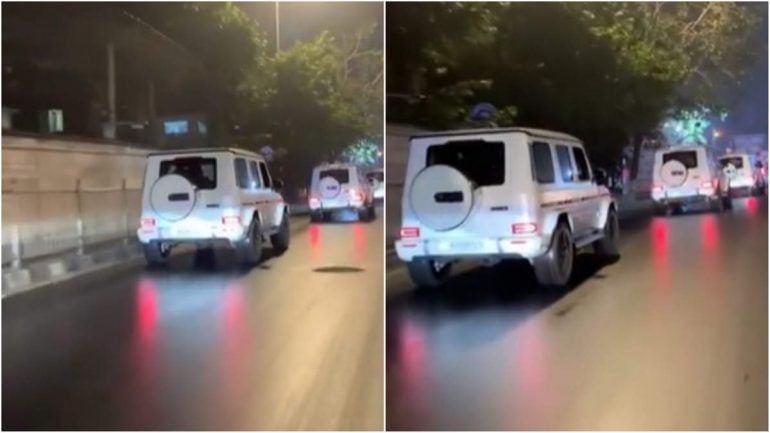 But it’s hardly a surprise as the boxy SUV has become a symbol of wealth over the last decade. It has been regularly featured in movies, TV shows, and music videos. If that’s not enough, the G-Wagen that was conceived as a capable, functional SUV is now a favorite amongst Hollywood stars and celebrity A-listers across the globe. However, for Mukesh Ambani and his family, the iconic G-Class is only good enough as a vehicle for their personal security detail.


In case you’ve never heard of Mukesh Ambani before, the Indian business tycoon chairs and runs Reliance Industries, which has interests in petrochemicals, oil and gas, telecom, and retail. With a personal net worth of over $90 billion, the 65-year-old is considered to be the richest person in Asia. Like most billionaires, Ambani and his family love cars and their $2 billion residence in Mumbai named Antilia is home to one of the biggest and most expensive car collections in India.
Often referred to as the Jio garage by automobile enthusiasts in India, it consists of around 170 luxury cars at last count; although, the line-up keeps getting upgraded regularly. Being the richest person in the country, the Ambani family has been provided with what’s known as Z+ security by the Indian government, which is considered to be the highest category of personal security offered by the country’s National Security Guard commandos. Last year, the family purchased a total of 4 Mercedes-AMG G63s to be used by the security personnel. There are plenty on videos on the internet where the white-colored, nondescript G-Wagens can be seen moving together in Ambani’s considerably big convoy of cars. 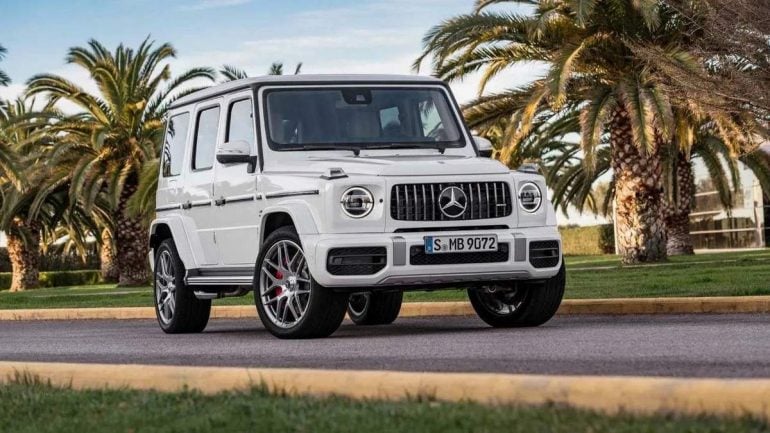 In the US, Cadillac Escalade is not an uncommon vehicle used by security personnel protecting wealthy individuals and their families. However, with a starting price of over $150,000, the Mercedes-Benz G63 is considerably more expensive than the Escalade. But the price tag of the G63 doubles in India after adding the import duties and taxes levied by the country. The fleet of G-Wagens used by Ambani’s personal security is estimated to be worth 100 million Indian Rupees ($1.2 million). What’s interesting is that the more affordable diesel-powered G350d is also on sale in India, but the Ambani family still went with the high-performance AMG version for the security fleet. The G65 gets an AMG-tuned 4-liter twin-turbo V8 that churns out 577hp and 627 lb-ft. And in case you’re surprised by the AMG G63 security cars used by Mukesh Ambani, let me tell you that the boxy SUVs were purchased as a replacement for Range Rover Vogue that previously served as the vehicles used by the billionaire’s security guards.


The most expensive car in India
Being India’s richest person and with a net worth of over $90 billion, you’ll expect Mukesh Ambani to own the most expensive car in the country, and you won’t be wrong. The Jio garage is home to the most expensive car in India which is estimated to be worth $2 million. However, it’s not a hypercar, as some of you might think, but rather a special Rolls-Royce Cullinan. The Ambani family owns a total of three Rolls-Royce SUVs and the third one reportedly came with a price tag of around $2 million, which is quite a bit more than its starting price.
In addition to a long list of the customizations and optional extras on the SUV that inflated its price tag, the Cullinan features a special paint job that is believed to be worth a whopping $128,000. In addition to the custom Cullinan, the Jio Garage consists of cars like Bentley Bentayga, Mercedes-Benz E-Class, Mercedes-AMG G63, Bentley Mulsanne, Land Rover Range Rover, Rolls Royce Phantom Drophead Coupe, Porsche Cayenne, and many more expensive cars. 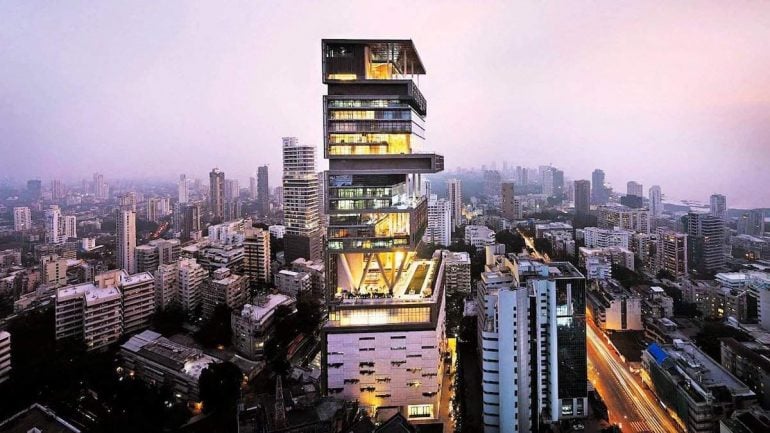 The most expensive house in the world
It shouldn’t really come as a surprise that the Ambani residence is the most expensive in India. However, with an estimated worth of around $2 billion, the towering skyscraper in Mumbai named Antilia is considered the most expensive house in the world. Only Buckingham Palace is more expensive than Antilia, but it’s not quite a private residence. The 400,000 square-feet building has 27 floors. The skyscraper is comparable to a 60-story conventional building as each of its floors is the same height as an average two-storied building. To accommodate more than 170 cars, the building has a 6-level garage. in addition to that, the outrageous residence has its own spa, its own temple, and three helipads, and requires a staff of over 600 people.