The Jolie Pitt clan can be pretty down-to-earth even when they’re soaring at high altitudes. The Hollywood power couple Brad and Angelina as well as their six kids flew first from LA to Paris’ Charles de Gaulle Airport where they took a connecting Air France flight to Nice, this time travelling in economy class. 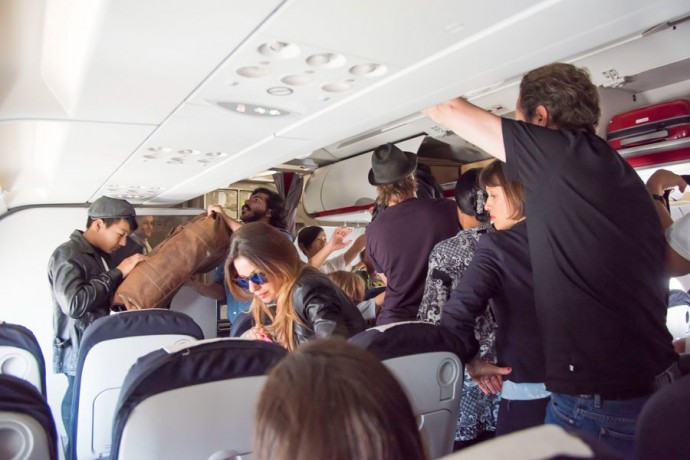 You would normally expect this family of eight to use their own private jet or travel business class, but they seemed pretty comfortable travelling like Average Joes. Brangelina were joined by their six kids Maddox, 13, Pax, 11, Zahara, ten, Shiloh, nine and twins Knox and Vivienne aged 6. 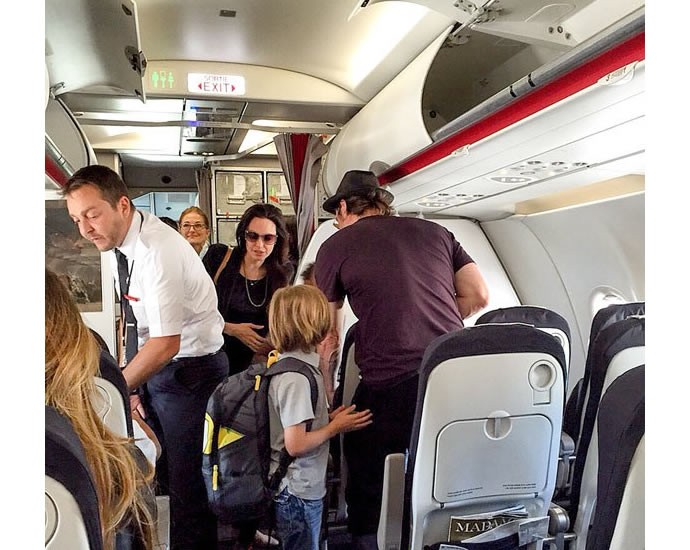 All the Jolie Pitts were dressed casually and were photographed as they put their luggage into the overhead carriers.

Considering that Brad has his own helicopter as well as the fact that the couple has shown no hesitation to dropping big bucks on small items in the past, it’s more than a little bit surprising to see them travel by Economy class. But then again, this family is probably full of surprises!