We have all known Bill Gates is one of the wealthiest men on the planet, and we already know his net worth is $135.2 billion and counting. But knowing and understanding are two very different things. I got a taste of Bill Gates’s wealth,(no he hasn’t given me anything), but thanks to ‘let’s spend Bill Gates’ money,’ a web app that lets you go on a shopping spree for everything on the planet using Microsoft’s co-founder’s cash. A minute on the web app, and you know that the attempts of spending all of Gates’s money are equivalent to getting exhausted. If you think 3 am texting with your BFF is tiring, try spending Bill Gates money to know the real deal. 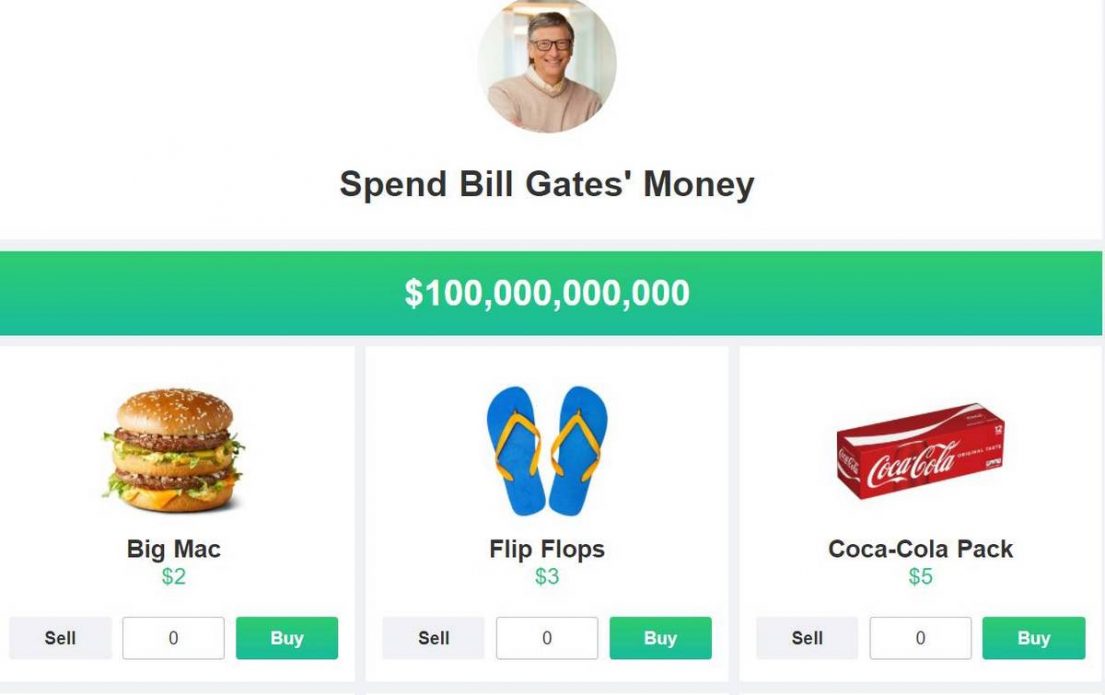 I started with $100,000,000,000, and even after purchasing a single-family home for $300 k, three gold bars worth $2.1 million, McDonald’s Franchise worth $4.5 million, a $7.5 million yacht, four Formula 1 cars for a whopping $60 million, and barely took a bucket out of the vast ocean of wealth. So I focused on experiences and interests and made a movie by shelling another $100 million. Feeling incredibly rich by now, I bought not one but three Boeing 747 aircrafts worth $444 million, because why not? I even bought the Mona Lisa, as this is the only way I could if I had another centibillionaire’s money! I then added a massive cruise liner as I discovered Jeff Bezos is getting one of the largest superyacht on the planet, a 417 footer called Y721. 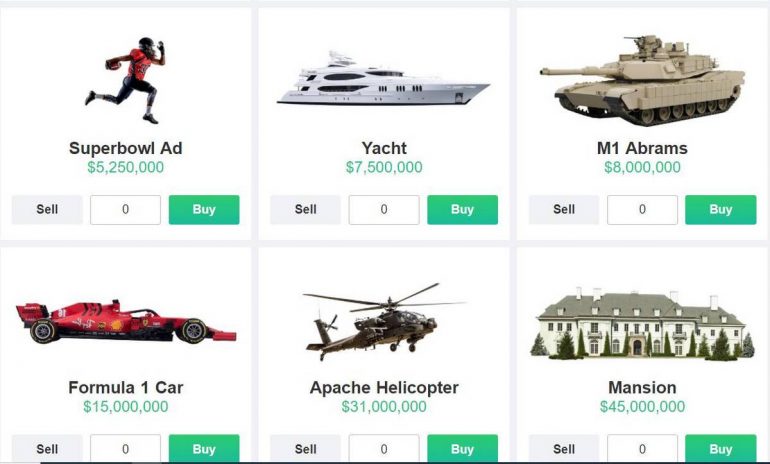 The humongous cruise liner set me back by $930 million. Add a few other mansions, M1 Abrams and I ended up spending a total of $2,431,650,000. I got it all, I don’t need anything more, and I am still left with $97,568,350,000! I have never truly understood what being insanely rich intended until now. The app gives you a pretty good idea of how rich the man is (and how poor the rest of us are). The man will put most fictional superheroes to shame. 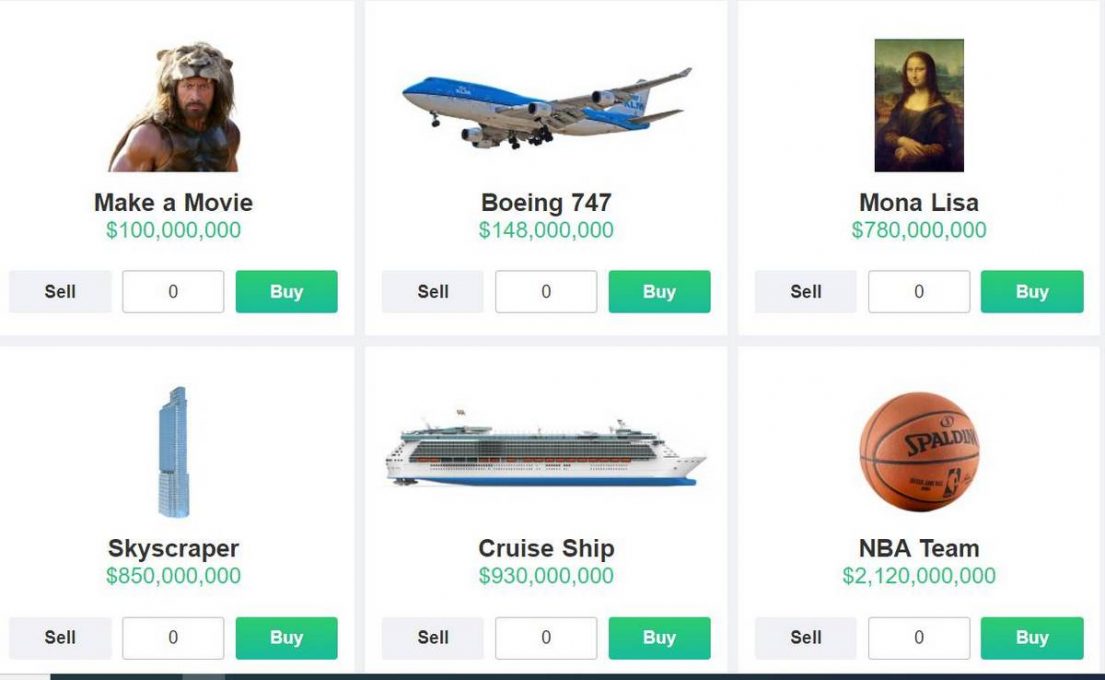 Even their fictional wealth doesn’t equal Gates’s real wealth. In fact, Bill Gates is worth 10X the combined wealth of Bruce Wayne and Tony Stark, going by the list published by Money. Forbes ranks Stark’s wealth ahead of Batman, and the publication lists Stark Industries’ revenue as $20.3 billion) and Tony Starks net worth is $12.4 billion. Similarly, Forbes estimates Wayne’s value at $9.2 billion and lists his company, Wayne Enterprises, as having annual revenue of $31.3 billion. Meanwhile, to truly understand how much money you need to enjoy all those things you yearn for, play the game and try spending Bill Gates money. 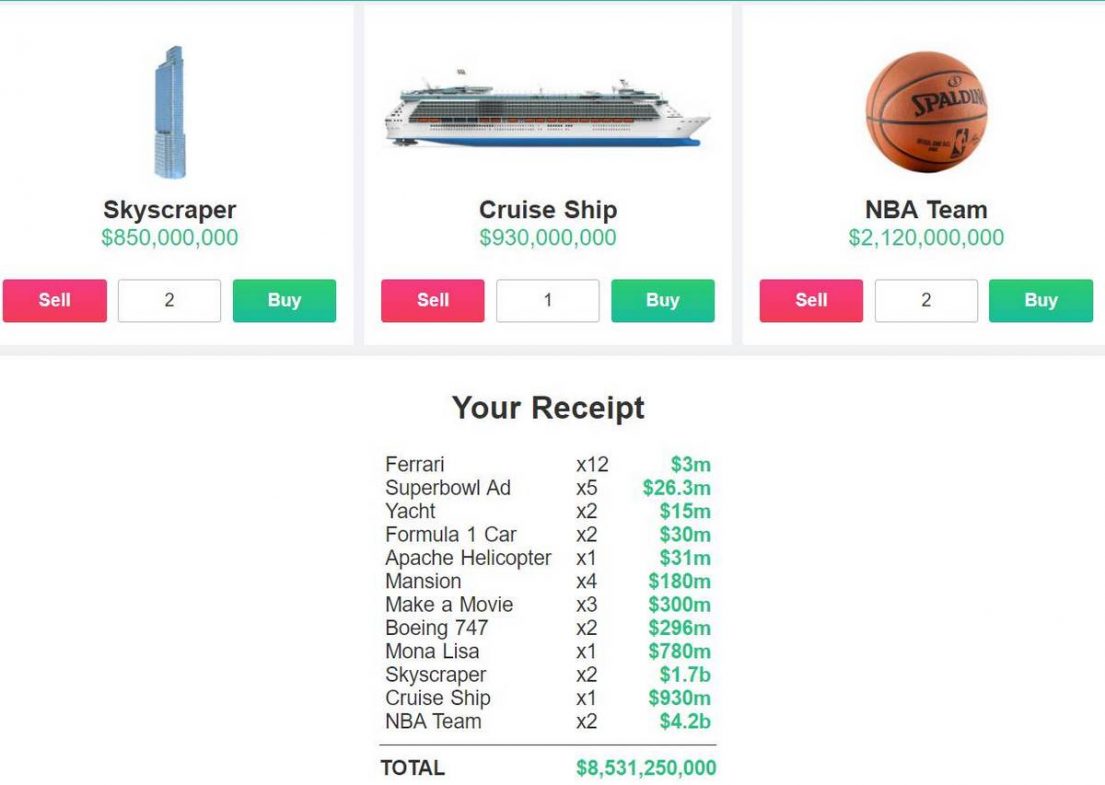 We took another shot and splurged and how. Even after getting a dozen Ferrari’s, 2 yachts, 2 F1 cars, 4 mansions, an Apache helicopter, 2 Boeing 747 Jets, The Mona Lisa, an entire Cruise ship, and also producing three high budget movies we did not even manage to spend 10% of Bill Gates wealth.

The app is gaining popularity on Google Play with more than 100,000+ installs and over 1400 ratings. Many users who gave a 5-star rating to the app also mentioned,” I love this game and it is buying me everything virtually and I hope this happened in real life..” wrote Akash C. Sukey DeLuna commented, ‘It’s very strange but I like it. The good thing is, you don’t really spend his money on that stuff. Lol!! Get it, it’s worth it!’ Are you ready to lose?

Tags from the story
Bill-Gates, game