It’s not just Donald Trump’s wife, Melania, and their eldest children who rattled the public during Trump’s term as US president. From making inappropriate comments to stealing her dad’s thunder on his last day in office, his youngest daughter, Tiffany, has brought her fair share of controversy, too. 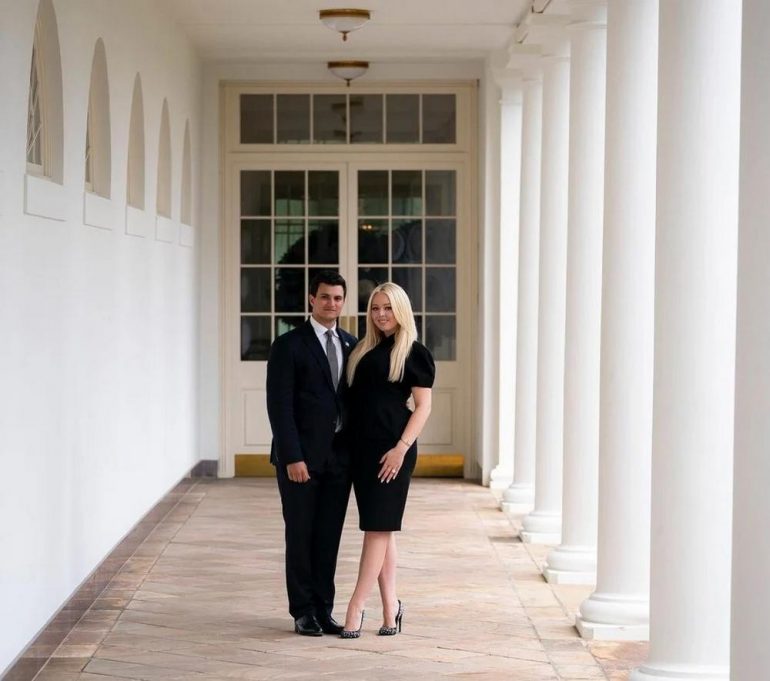 Announcing her engagement
The day before her father’s final day in office, Tiffany revealed that – after months of speculation – she is now officially engaged to boyfriend Michael Boulos. She didn’t share when they plan to marry, but the 23-year-old business exec reportedly popped the question in the White House Rose Garden after they got back from Florida.

Her mother, Trump’s second wife Marla Maples, congratulated the couple on social media … while netizens mocked Tiffany for getting an engagement snap in the White House’s West Wing during Trump’s final moments as president.


Wishing Eric Trump a happy birthday
While the Trumps have been criticised for their inappropriate responses to the recent Capitol Hill riots, Tiffany was deemed insensitive for completely ignoring them – even wishing her older half-brother Eric a happy birthday on social media amid the chaos. Some netizens responded, “read the room, Tiffany”.
Highlighting her father’s “support” of the LGBTQ+ community
Despite being regarded by observers as the least favourite Trump child, Tiffany has been very vocal in supporting her father throughout his presidency, even delivering speeches during his campaigns. But she might have been better off forgoing her speech at a Trump Pride event in 2020, during which she attempted to appeal to the LGBTQ+ community by highlighting the apparent support her father offered the community before he entered politics.

A backlash was inevitable, with American NGO GLAAD (the Gay & Lesbian Alliance Against Defamation) clapping back with a list of 181 attacks the Republican Party made on LGBTQ+ people during Trump’s administration.


Saying she gets “the struggle”
At the 2020 Republican National Convention, Tiffany induced eye rolls aplenty after she addressed the American public and claimed that, as a recent graduate, she understood the struggle of trying to find a job. At a time when the country’s unemployment rate was at a record high, Tiffany’s efforts to bond with the average American did not gain her any favour. The law school graduate is the only Trump sibling to not have been given a job by her father, and many pointed out that not receiving a handout from wealthy parents can’t be compared to navigating the job market as an average employee.
Her statement was especially ironic considering that she used to be a regular on the Rich Kids of Instagram page, where she regularly showed off her flashy lifestyle with friends who are also the children of rich celebrities.


THAT 9/11 post
Last September, on the 19th anniversary of 9/11, Tiffany made a social media post in remembrance of the incident that was heavily criticised as distasteful. The frames she shared showed New York City’s Twin Towers on fire – but accompanied by a filter of moving clouds that she’d added. Instagram users commented that there was no need to decorate the harrowing images with what was essentially a blingy embellishment.