Mr. Beasts magnanimity is known. After all, it is why he is now unquestionably the Oprah of Youtube, spending no less than a staggering $48 million a year making his videos. He loves his stunts and loves to gove away cash; his $3.5 Million ‘Squid Game’ recreation blends them both to the benefit of his followers. On Nov. 24, Mr. Beast, aka Jimmy Donaldson, doubted his version of the squid game, keeping the good parts and deleting the gore, violence, and death. In Mr. Beasts’ fun and safe version, 456 players don green tracksuits and compete in various games for the chance to win a $456,000 prize.

Yes, it’s no match for the 45.6 billion won in the show, but generous nonetheless, and you don’t die! Donaldson’s version is captured in the YouTube video titled “$456,000 Squid Game In Real Life!” and garnered 42,000,000 views in a day. The video has been viewed over 140 million times as writing and has over 11 million likes. The video showcase games from the original show such as “Red Light, Green Light,” “Honeycomb,” “Tug of War,” “Marbles,” and “Glass Bridge.” The deadly brawl is replaced by the Korean “Ddakji” game and ends with rounds of musical chairs. Mr. Beast took to Twitter to share his euphoria owing to the video response. 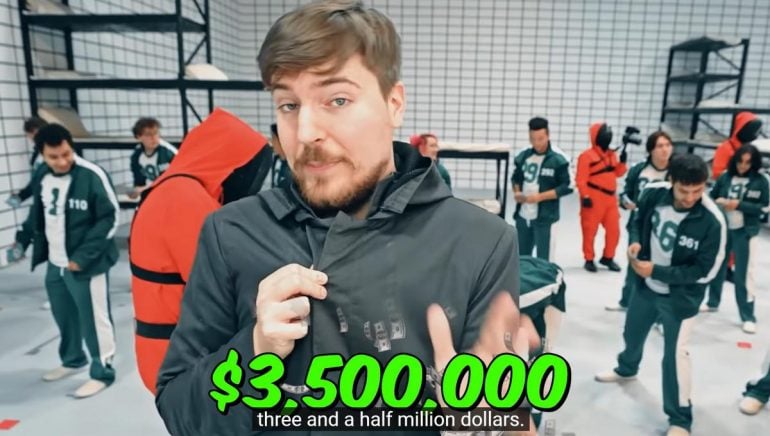 He posted, ‘42,000,000 views in a day. I remember when I’d be excited if a video broke 10 views lmao. I’m literally living the life 13-year-old me would dream of every night, and I’m super grateful.’ According to Dot Esports, Donaldson broke the record for the most YouTube subscribers earned in a month, bringing his channel to a total of 82.6 million subscribers. He received a weekly average of 2.1 million new subscribers and a daily average of over 300,000 throughout November. MrBeast spends a beastly amount of $4 million a month on crazy content creation! If we got our math correct, it amounts to a staggering total of $48 million a year. 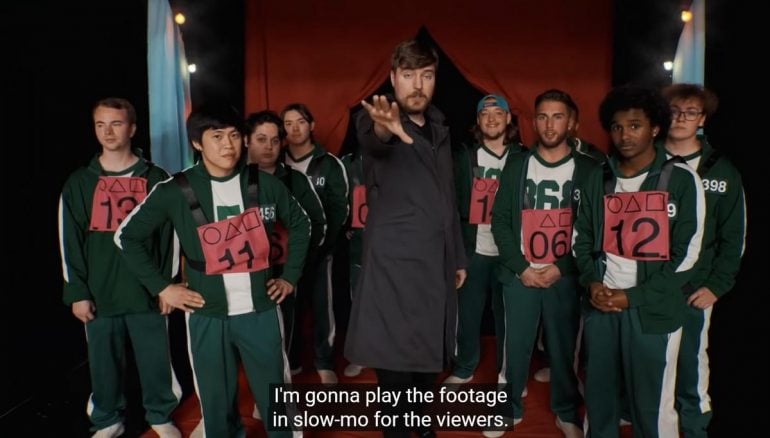 He is not one to shy away from creating one-of-a-kind sets for every video, and he did just that with Squid Game IRL. Not only did Donaldson recreate the settings of the original Netflix series, but he also went a step further. He surprised his viewers by announcing a $10,000 giveaway to a random subscriber who subscribes to his channel before Dec. 1. We now know the many reasons why Mr. Beasts’ following catapulted to more than 9.2 million YouTube subscribers in a month! A beasty feat indeed.