We don’t how many of us are actually delighted about Canada turning 150 years old, but certainly, most of us would want to partake in Hermès luxurious celebration of the same. The French marquee recently unveiled a scarf as an ode to the country’s diverse culture and heritage and to mark the fête of its long existence. Not just a regular scarf, the exceptional piece by Hermès is a colorful mirage in its 90X90 dimensions. 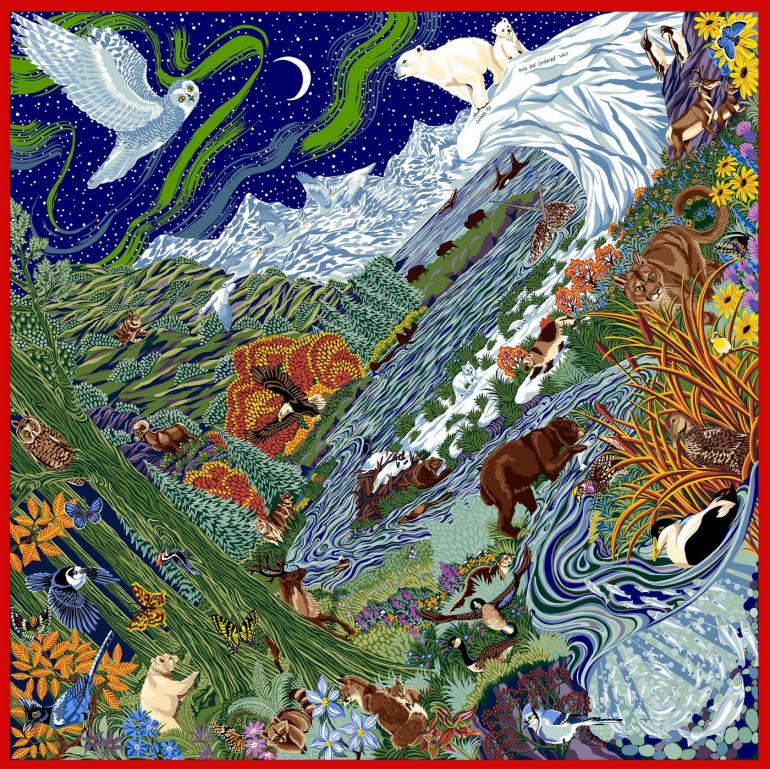 Christened as ‘Into the Canadian wild’, the stole features a rather decorative scene by artist Alice Shirley, who has been collaborating with the brand ever since 2012. Known for the exceptional abilities to capture nature in divine art creations, Shirley manages to do just that with the landscape-inspired scarf. The exclusive piece showcases polar bears, Canadian geese, deer, beavers, bears and more and aptly represents the “natural richness and diversity, burgeoning with wildlife,” found within Canada’s vast scenery. The scarf further comes in a bold red frame that references the country’s vivid love for life and goodness.

While the production of the scarf will initially be limited to a few numbers, it will eventually form part of Hermès Autumn/Winter 2017 collection. Sales for the ‘Into the Canadian wild’ scarf will go to a charity called ‘Evergreen Canada’, that as the name suggests, works on restoring natural life in the country. You can buy the exclusive scarf for $485 at Hermès boutiques across Canada onward June 15.