Known for his love of all things extravagant, Karl Largerfeld is cementing his status as the high priest of hedonism with his latest indulgent offering. The designer commissioned chocolate artist Anya Gallaccio to create a life size chocolate sculpture of Baptiste Giabiconi, who has been the face of Chanel and Largerfeld’s alleged muse for some time. In fact, the chocolate is not just limited to the actual sculpture of the model, the entire room and all its furnishings are made of chocolate as well! Reportedly, more than 10 tonnes of chocolate went into the making of Baptiste’s chocolate lair. 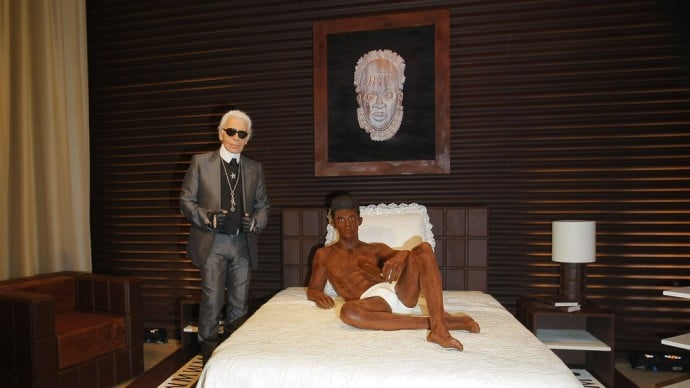 The sculpture features the model in a reclining position clad in nothing but pair of distracting white briefs. The sculpture which was originally presented in 2011 as part of a promotional display for Magnum Ice Cream, explaining the ice cream stick held in its hand. The chocolate suite he is housed in appears luxuriant as well, rendered in shades of white and (you guessed it) chocolate brown. 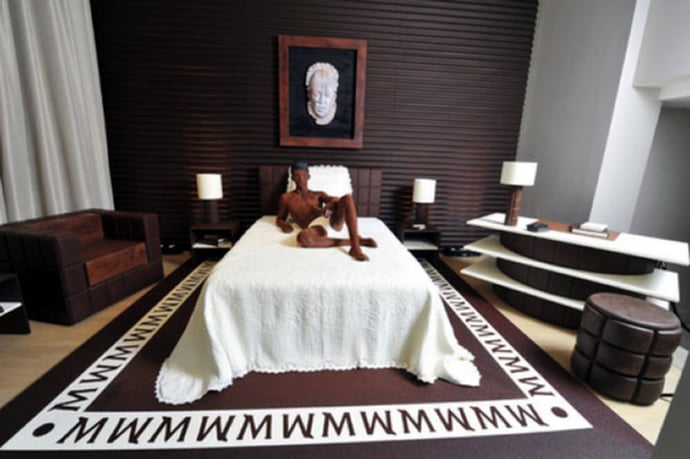 Rumor has it that Baptiste Giabiconi is more than just a muse to Mr. Largerfeld and while we can’t confirm or deny the news, we can say this: if you’re creating life sized chocolate statues of your crush as romantic tributes, you’ve clearly abandoned the route of subtlety. Next time, just make them a mixed tape. 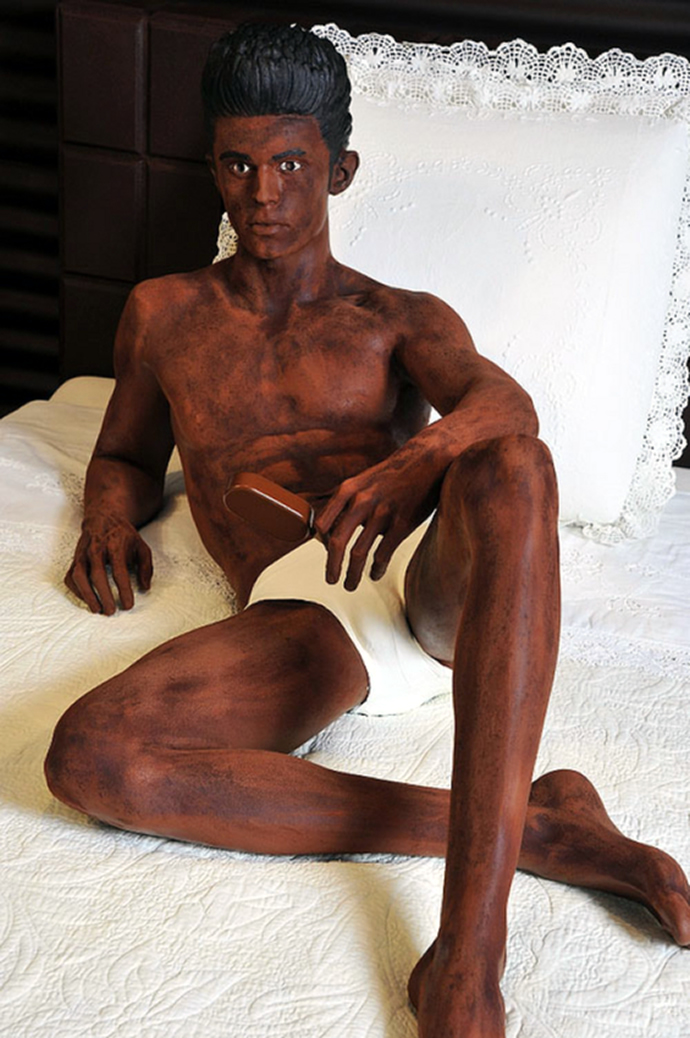 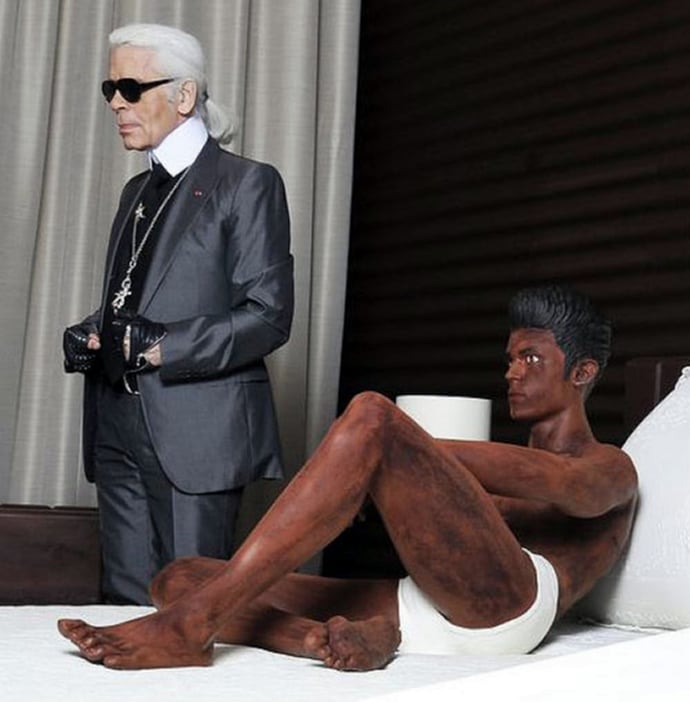