The lure and charm of Los Angeles cannot be denied. And swoon over by it similarly is Louis Vuitton. The marquee’s latest edition is thereby an ode to the city’s undeniable aura and its allure from dusk to dawn – captured in a bottle. 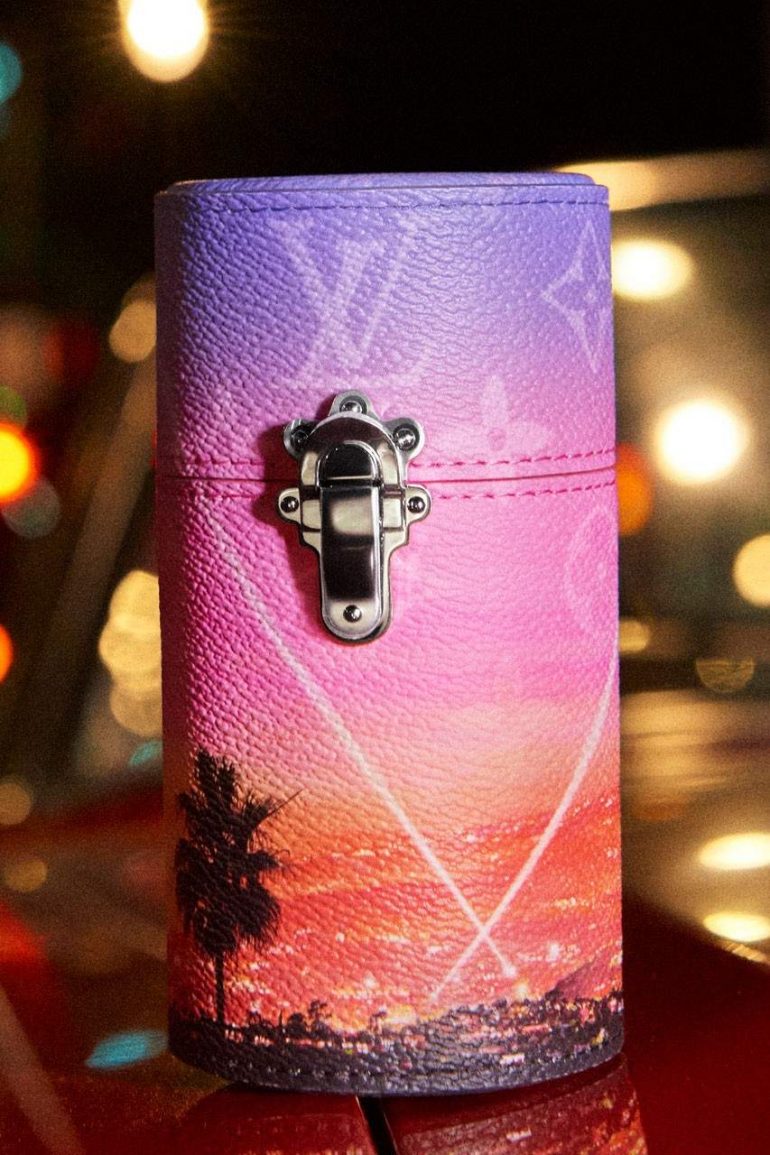 Concocted by master perfumer Jacques Cavallier Belletrud, the novel fragrance is called ‘City of Stars.’ It features captivating notes of citrus, tiare flower, and sandalwood, a composition that is just as versatile as its muse. 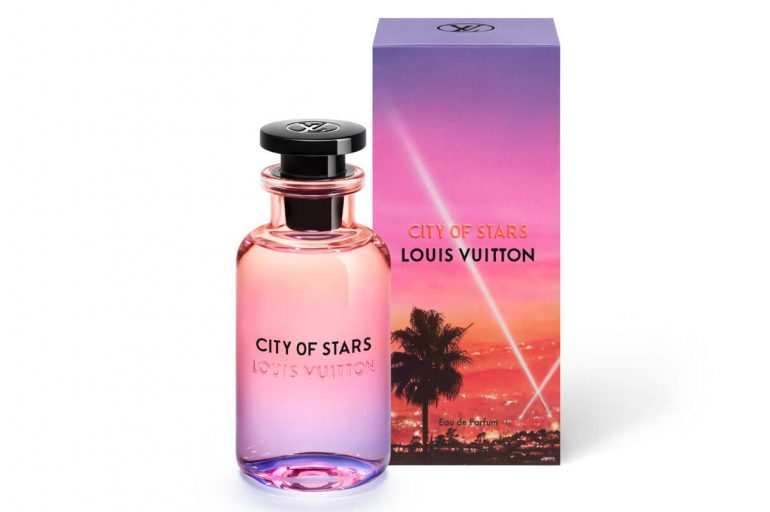 The brand has fused together the ingredients to bring out the sweetness, grit, and boldness that exists on the West Coast and appeal to the fans of the city. An ode to nighttime and the feeling of freedom, it aims to capture the moment the panoramic Los Angeles sun sets, and the city’s lights take over on a warm sensual summer night. 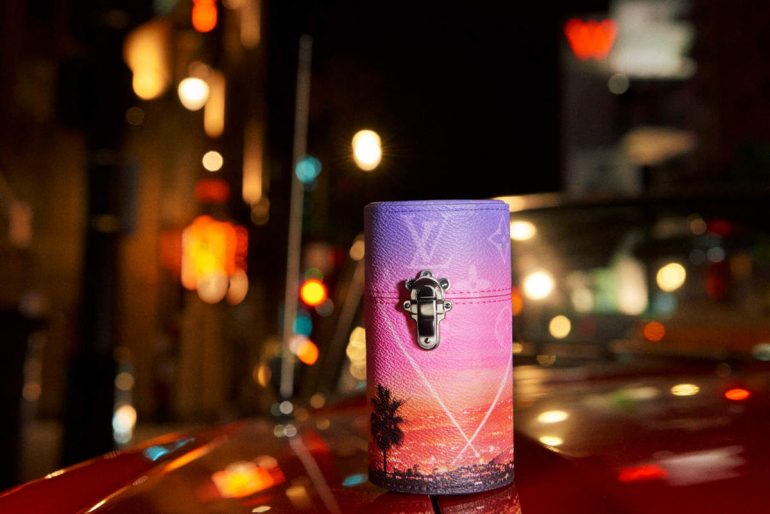 Commenting on it, Louis Vuitton master perfumer Jacques Cavallier Belletrud said, “It’s more extroverted eau than its predecessors. It’s radically focused on the special, shimmering atmosphere of a night in Los Angeles when the singular setting sun gives way to the city’s lights and spotlights that traverse the sky.” 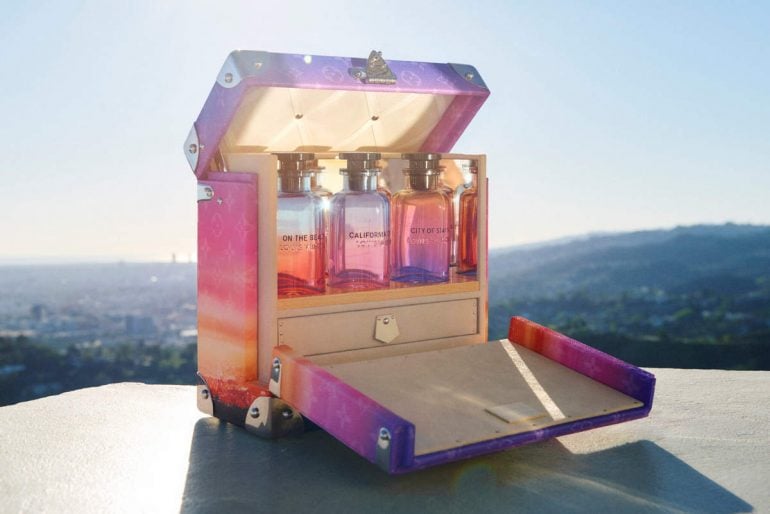 The decanter has further been developed in partnership with Los Angeles artist Alex Israel who transformed his exclusive painting of an idealized version of Los Angeles into the packaging, including the bottle, travel case, and fragrance trunk.

The perfume was launched at a party attended by celebrities like Fai Khadra, the Haim sisters, Noah Beck, and Miguel at the Dolby Terrace at the Academy Museum in Los Angeles on April 6th. Would you care to get your hands on the ‘City of Stars’?

Tags from the story
Louis-Vuitton, Perfumes