Louis Vuitton has become a trusted name when it comes to luxury fragrances. After unveiling enchanting smells such as the Attrape-Rêves and those included in its iconic seven-piece olfactory collection, the marquee is now set to take the market by storm with its all-new floral concoction – the mesmerizing Coeur Battant for women. 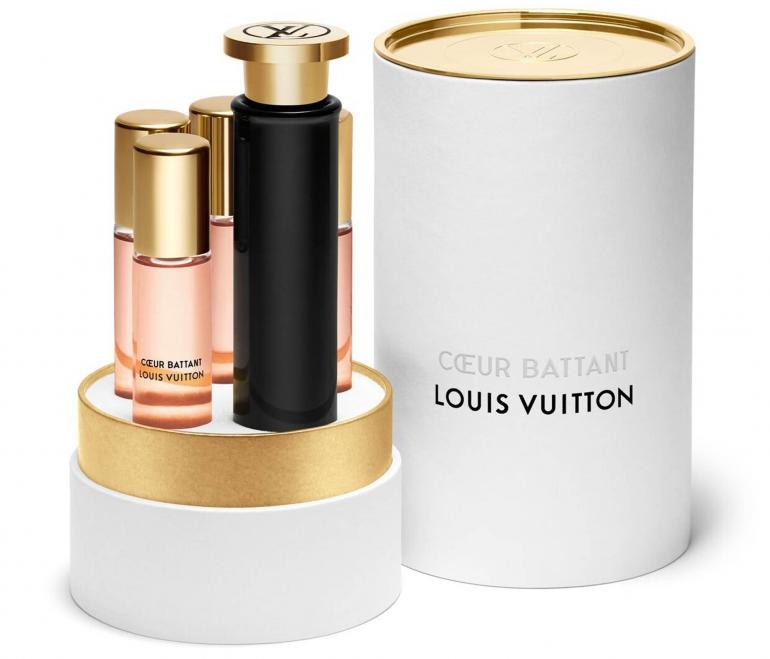 Conceived and composed in perfumer Jacques Cavallier Belletrud’s creative atelier in Grasse, the fragrance is inspired by the freshness of the flower fields and the enduring smell of summer. It boasts notes of crisp pear and rich jasmine and is an ultimate ode to the sparkling freshness and sensuality of the modern-day woman. The scent further encapsulated refreshing undertones of ambrette seed, casual one, narcissus, moss and patchouli that together give it a woody and rounded appeal.

Louis Vuitton’s Coeur Battant joins the marquee’s collection of nine perfumes, namely: Rose des Vents, Turbulences, Dans La Peau, Attrapes-Rêves, Apogée, Contre Moi, Matière Noire, Mille Feux and Le Jour Se Lève and is expected to be just as enchanting as its counterparts. It will be presented to connoisseurs in a sophisticated and minimalistic glass bottle engraved with the LV logo and its name written on the back of the bottle in black. The Cœur Battant will available in 100 and 200 ml Eau de Parfum, or in a travel set with four x 7.5 ml onward September 5, 2019 at select Louis Vuitton stores worldwide.

Tags from the story
Louis-Vuitton, Perfumes