Louis Vuitton has made headlines in the past for their luxe trophy trunks for the FIFA World Cup trophy, the League of Legends world tournament and more. This time Louis Vuitton is setting a new benchmark by creating the first-ever travel case for the league’s Larry O’Brien Trophy, given out to the winner of the NBA Playoffs every year. This makes Louis Vuitton the first official trophy travel case provider for a North American sports league. Speaking of the trophy trunk, it is covered in LV-monogrammed canvas and accented with brass fixtures. An oversized “V” is installed on the front doors, which elegantly carries over to the inside display. The royal blue interiors look stunning, particularly as it pops against the trophy’s glistening surface. Louis Vuitton’s luxe travel case for the Larry O’Brien Trophy was painstakingly manufactured by six craftsmen who put in around 100 hours at Louis Vuitton’s workshop in Asnières-Sur-Seine, France, just outside of Paris. 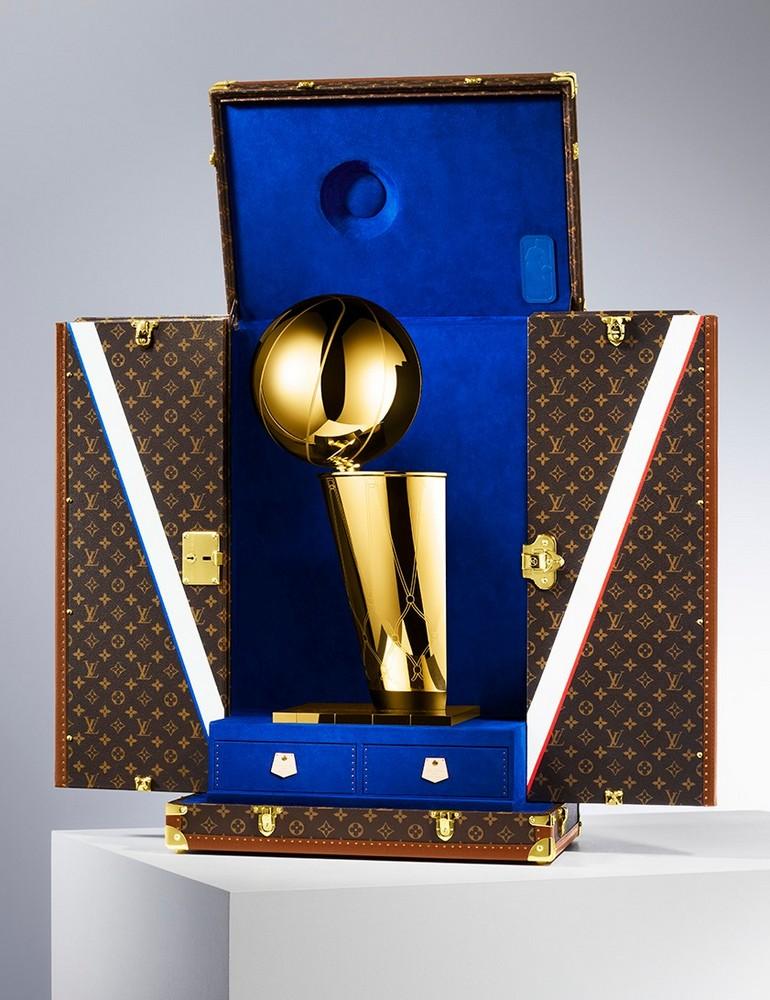 The unveiling of the travel case comes just before the Milwaukee Bucks take on the Charlotte Hornets in the NBA’s first-ever regular-season game in Paris on January 24, which is also the NBA’s first official appearance in Paris since 2010.

Tags from the story
Louis-Vuitton, NBA