Fendi opened the doors to its new Madison Avenue flagship store in New York in a truly star studded bash. While fashion royalty like Karl Largerfeld, Anna Wintour, Naomi Campbell, and Giovanna Battaglia were all in attendance, the guests of honor were the five women who have lent their creativity to Fendi’s 3Baguette Bag charity campaign. Modern music legend Rihanna, Sex and the City star Sarah Jessica Parker, model Jourdan Dunn, blogger Leandra Medine and artist Rachel Feinstein have each designed their own dream 3Baguettes to be auctioned off for the benefit of a charity of their choice. 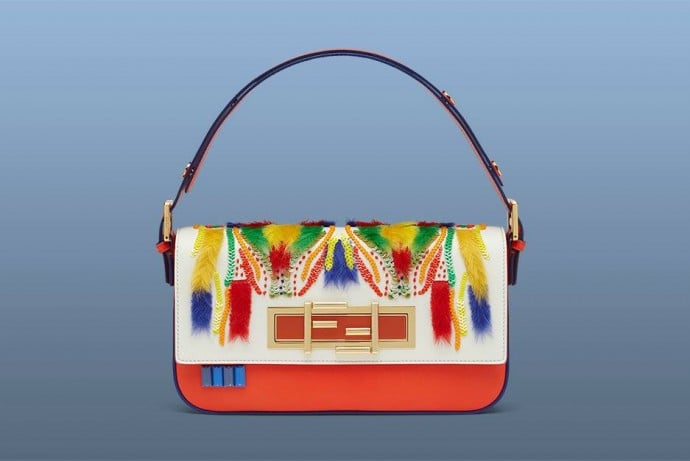 Rihanna’s Baguette is true rockstar arm candy; complete with a double F pattern on the flap, a back that’s embroidered in black lurex on mink tone on tone, black velvet sides and front, a croc leather handle and the black crystal stones on the signature double F closure. Rumor has it that bidding for the Rihanna’s shiny black confection exceeded $300,000! The Barbadian beauty also designed a Micro Baguette in gunmetal silver with beaded embroidery and a chain strap. Proceeds from the sale of the bags went towards the Clara Lionel Foundation- Rihanna’s own charitable venture. 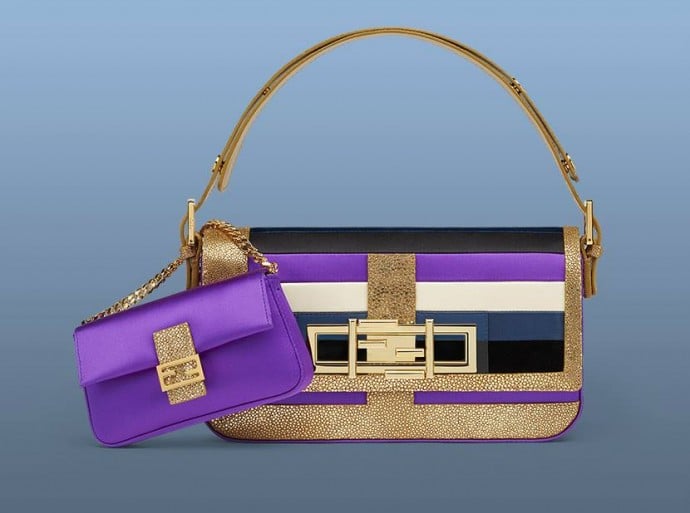 Sarah Jessica Parker’s contribution is a 3Baguette adorned with a luxe purple satin, black velvet and gold galuchat flap, gold strap with a gold back. SJP’s design was undoubtedly our favorite of the bunch and its matching Micro Baguette in luscious purple satin is equally eye catching. Last we heard, bidding was in the vicinity of $30,000 for these creations and proceeds were credited to the Brain Trauma Foundation.

Rachel Feinstein drew inspiration from a Pompeii mosaic floor pattern for her 3Baguette while her Micro Baguette reimagines the portraits of Florentine Renaissance artists. Leandra Medine (known to some as the Man Repeller) decked her Baguette with Moroccan inspired embroidery while Jourdan Dunn’s Baguette paid tribute to the Jamaican flag featuring the colors yellow, green, and black.

The auction ends on March 13, you can make a bid here.