After conquering the world of gaming laptops and accessories, Razer has made its foray into the smartphone business by introducing its first, Android-powered phone. Simply called the Razer Phone, it’s an absolute beast in terms of the hardware firepower it houses inside the otherwise bland-looking body. Squarely aimed at smartphone gamers, the computer brand gave extra emphasis to the screen, speakers and the battery of the phone to cater to its target audience. The Razer Phone comes with a 5.72-inch QHD LCD screen that can refresh at 120Hz for frantic gaming action, and has a big 4000mAh battery to make it last longer between charges. 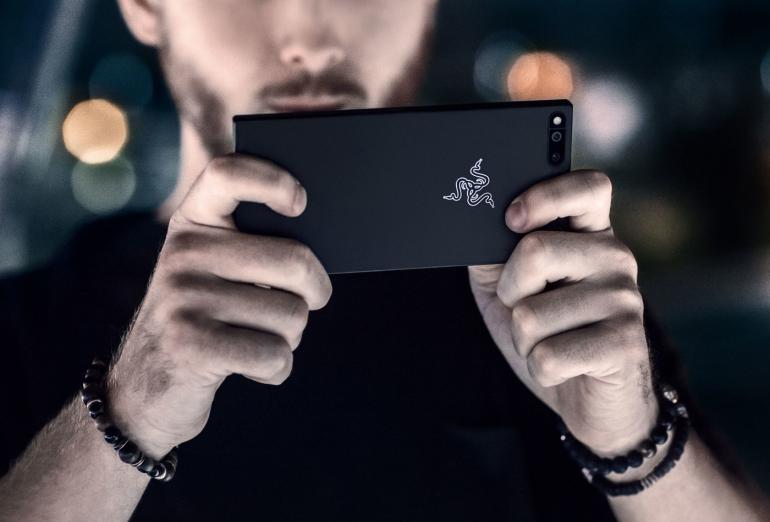 In terms of processing power, the Razer phone is powered by Snapdragon 835 processor, one of the best in the business, which is assisted by a whopping 8 gigs of RAM. The gaming phone runs on a virtually stock version of Android 7.1.1 Nougat and the only changes come in the form of customized icons to match the company’s brand identity and a few extra settings. There are two 12-megapixel cameras on the back (one wide-angle and one zoom) and an 8-megapixel selfie shooter on the front. The Razer phone also has stereo front-facing speakers, with Dolby-Atmos built in, and a 24-bit digital audio converter is included in the box.

The design is where the Razer phone suffers, quite badly in fact. While most of the smartphone making companies have moved towards bezel-less edge-to-edge displays, Razer decided to stick with old-school layout. The frontend has extra bezel above and below the screen to offer a grip in landscape mode for gaming. The phone’s blocky shape is very 2014. Razer could have done a much better job at designing the looks of the phone. Preorders start today at $699 and will start shipping on November 17.

Tags from the story
Smartphone