Canon has introduced the latest augmented reality headset called the MREAL S1 that is set for a release in late February. With a price tag of 4 million yen (roughly $38,500), the MREAL S1 is one of the most expensive AR headsets we have seen. In comparison, the pricing for the Microsoft HoloLens 2 starts at $3500. Canon’s latest “mixed reality” headset is a part of the brand’s long line of MREAL AR devices, which started with the original MREAL headset that debuted in 2013. The mixed-reality headset can merge the physical world with virtual elements in real-time, making it different from the VR (virtual reality) headsets. The usual AR headsets also have limitations in how the wearer can interact with the virtual elements blended with the real world.

Canon has released a video that showcases the hardware powering the device and some of its use cases. To create the mixed reality environment, the MREAL S1 uses two sets of stereoscopic camera arrays. The first one is dedicated to the pass-through image, which renders virtual objects in the physical environment. In contrast, the second is used for depth realization. The headset is fully customizable. Users can wear it like a headset or use it handheld like a smartphone. The promotional video demonstrates how the MREAL S1 can interact with a concept car in the development process. It sure looks really cool! The S1 is also touted as Canon’s smallest, thinnest, and lightest mixed reality device to date. Weighing in at just 137g, it is 250% lighter than the 480g Canon MREAL MD-20. 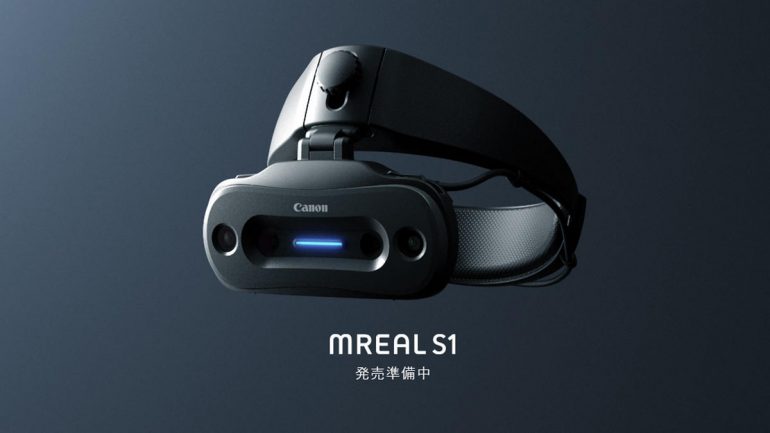 Tags from the story
Headset, Virtual-Reality