Luxury brand Caviar which is best known for making over-the-top customized versions of iPhones and other Apple products has updated its product line-up after the launch of the new Apple iPhone 14. The company has also introduced a new flagship collection based on Apple’s latest smartphone. Called the Grand Complications, the new collection is made up of two versions, both attached with a mechanical chronograph on the backplate. Out of the two, we’re more interested in the range-topping version that has been named Daytona and there’s a good reason for it. You see, the heavily customized and gilded iPhone 14 Pro Max has an actual Rolex Cosmograph Daytona ref. 116508 fixed to the back of the smartphone. 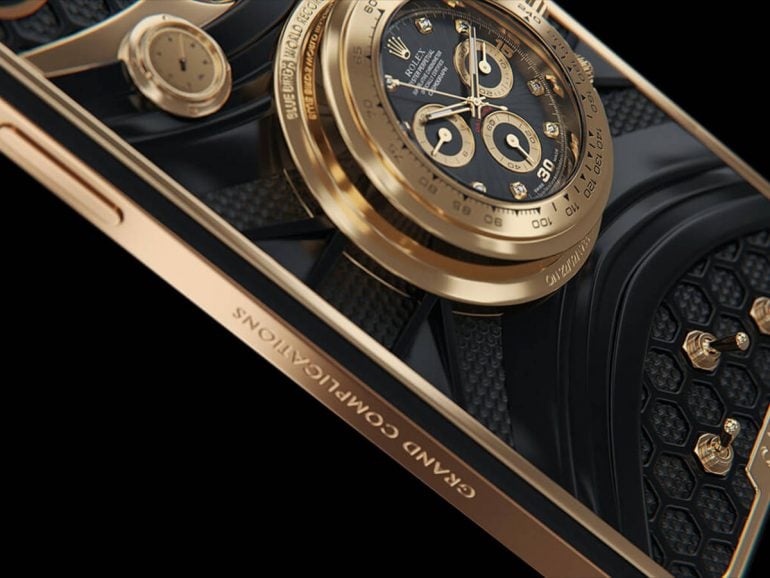 The Rolex Cosmograph Daytona in gold is a rare timepiece and it’s very difficult to get your hands on one. Its black and gold combination along with 8 diamonds on the dial makes the timepiece simply jaw-dropping. Yet, Caviar found a way to make it look horrible. Obviously, attaching a 40mm case to the backplate will give it a massive bump which would make the iPhone difficult to carry around. 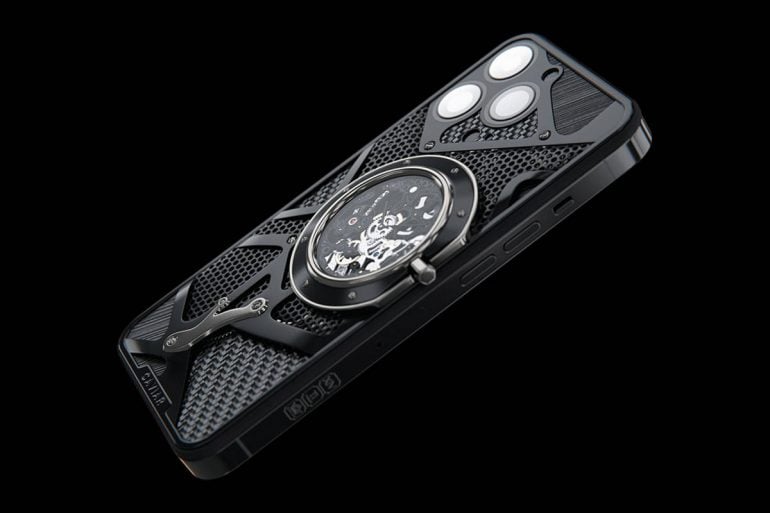 However, if the bump created by the watch is not bad enough, Caviar even added faux toggle switches and a gauge cluster, which are apparently inspired by racing cars of the 1930s, including Sir Malcolm Campbell’s legendary Blue Bird, which set a world speed record on the Daytona race track. 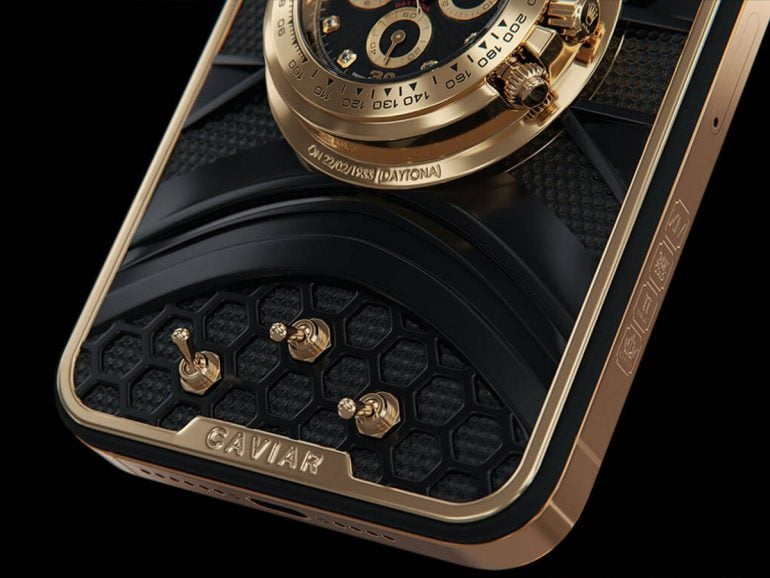 Furthermore, the backplate features a honeycomb pattern which doesn’t go with the overall theme at all. Thankfully, the abominable creation is a one-one piece that carries a price tag of $134,250. 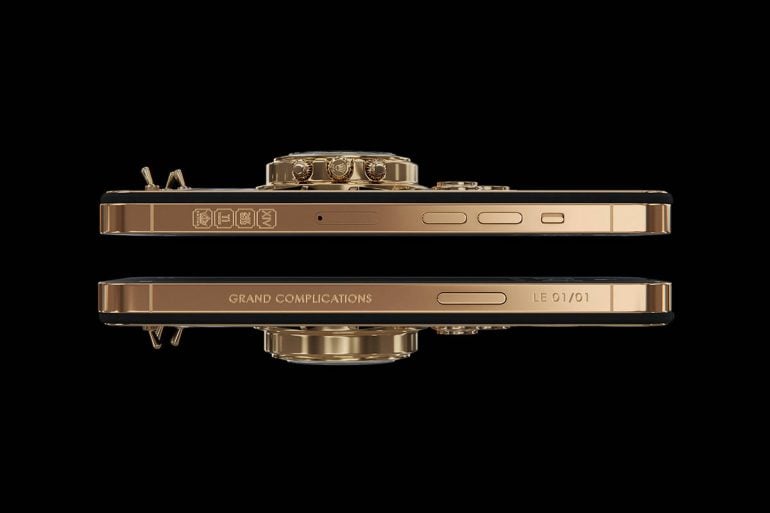 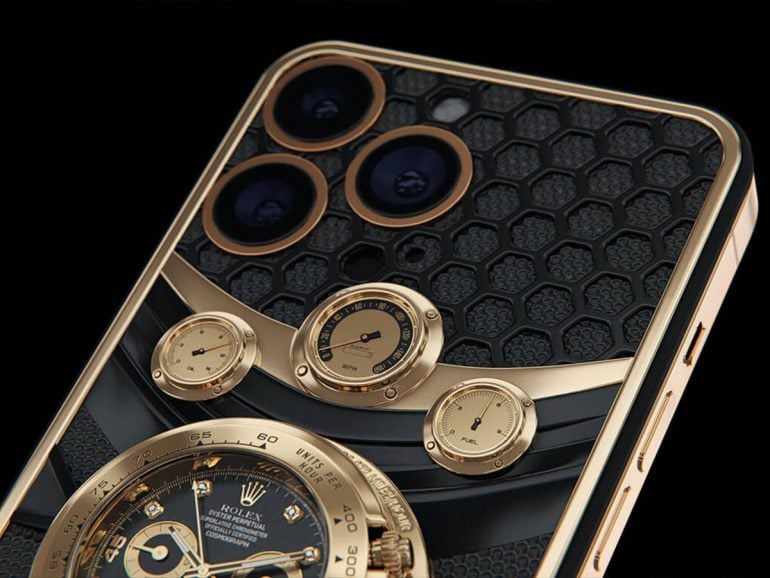 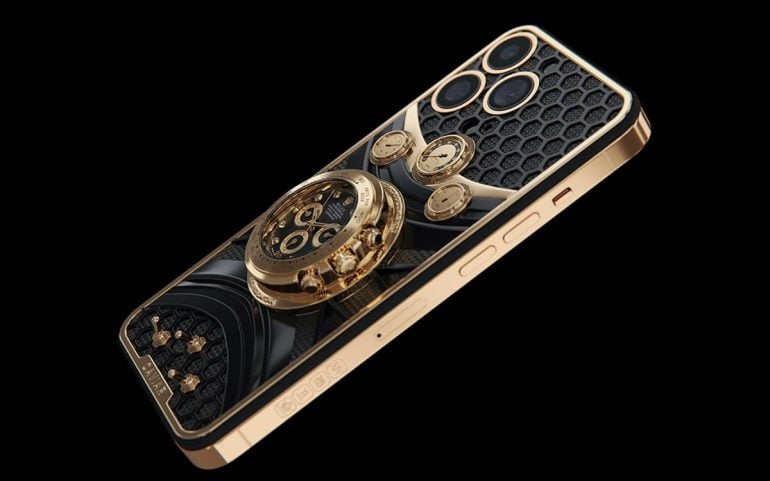 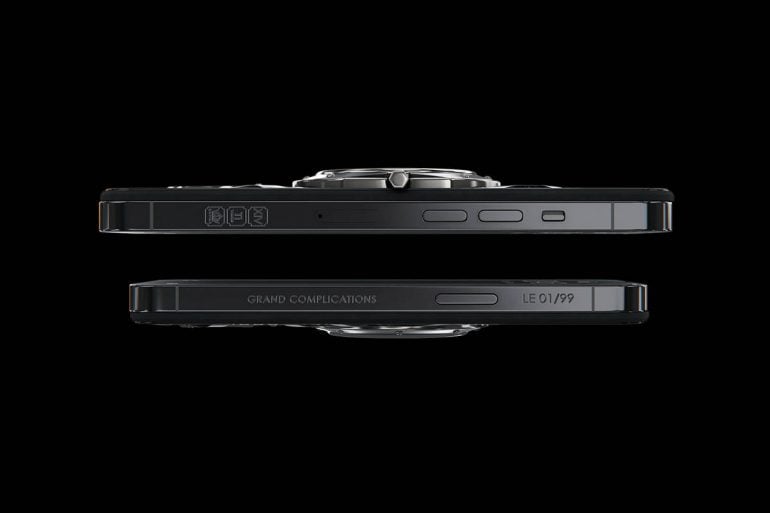 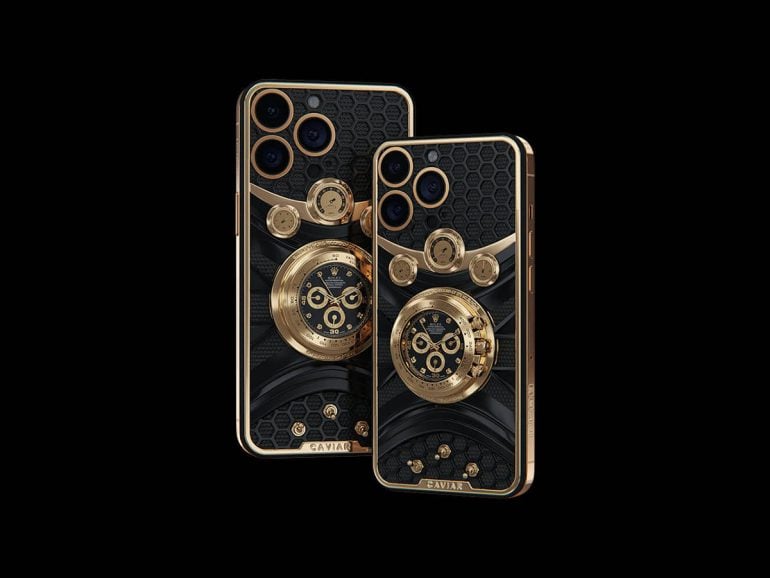