Anything that has Ferrari’s name associated with it exudes class. Vertu has rejoined with Ferrari by launching a new collection of Ascent Ti phones directly inspired by Ferrari’s cars. The Ferrari Ascent Ti collection consists of three phones, which derive their names from the colors they are coated in. The limited-edition phone called Nero is stylish in black and made out of titanium coated with scratch-proof PVD with a red sapphire crystal pillow. The Rosso and Giallo phones are red and yellow receptively and feature PVD coated battery covers and keys, they have ceramic pillows. These two phones come as a special edition.

The battery cover of all three phones is fantastic, as it has been redesigned to resemble the hood of a Ferrari and features a three-dimensional Cavallino on the battery cover as well as a smaller one on the front. Nero’s design definitely is a notch higher than the other two. Ascent Ti phones include ringtones of Ferrari engine sounds and have Ferrari themes. Only 2,009 examples of the Vertu Ferrari Ascent Ti Nero will be made, so it would be wise to stand in the line early. 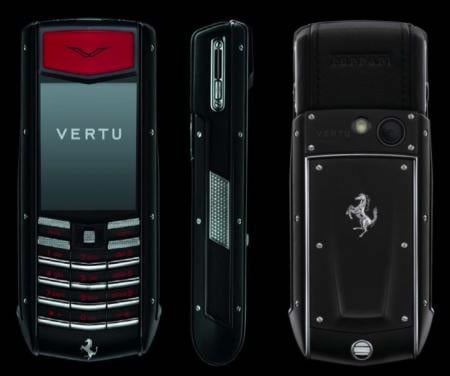 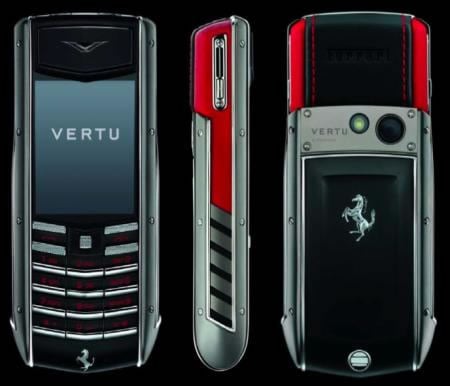 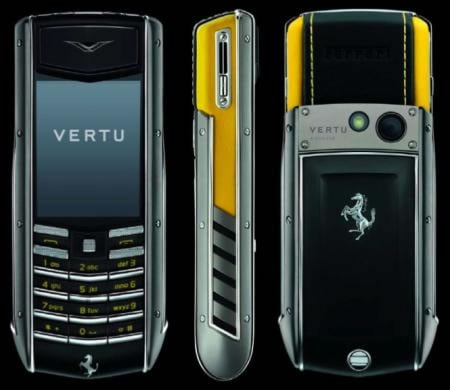