Bang & Olufsen has updated its existing BeoPlay H6 headphone line-up, which was launched in April this year, with a special edition. Originally available only in “Natural” colors (silver, cream and black), the special edition H6 headphones sports a new color scheme of forest agave green hue. According to the company, the fashion world has chosen green as its most in vogue this season. So the dark green headphones are aimed at the “daring, fashion-conscious consumer”.

The ear-cups are wrapped in cowhide and lambskin to give them an attractive appearance while being comfortable. Both ears on the BeoPlay H6 headphones sport an input/output port, enabling you to alter the side of the cable, as well as use them as daisy chain headsets for multiple listeners. Along with beautiful aesthetics, the H6 headphone weighs just 230g, ensuring comfortable long-duration usage. 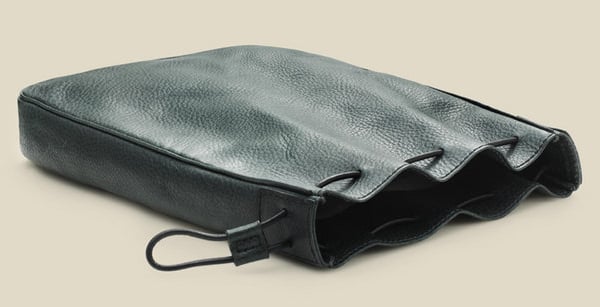 In addition to the special edition H6 headphone, Bang & Olufsen has also introduced a similarly designed leather carry bag in black and agave green. The leather bag comes with a price tag of £109 ($175 approx), and the Agave Green Edition BeoPlay H6 headphones can be bought for £329 (around $525) from B&O stores and its online shop.