Samsung has partnered with American fashion designer Thom Browne for another time to release a special edition version of the Samsung Galaxy Z Fold 2. The latest offering follows the release of the Thom Browne Galaxy Z Flip which came out earlier this year in February. Priced at $3,299, the Galaxy Z Fold 2 Thom Browne Edition costs almost $1300 more than the standard foldable smartphone by Samsung, making it one of the most expensive handsets sold directly by a manufacturer. For that price, not only do you get exclusivity but also Galaxy Buds Live and Galaxy Watch 3 along with a range of customized accessories finished in Thom Browne’s signature colors.

Just like the Thom Browne Galaxy Z Flip, the latest special edition features a grey exterior with the Thom Browne band with its red, blue, and white colors running the entire length of the backplate right through the center. The matt grey color adds a very unique look to the foldable smartphone, replacing the standard variant’s mirror finish which end up attracting fingerprint stains. The package also includes a matching leather cover with a pebbled texture. The special edition deceive also gets an exclusive Thom Browne theme to sit on top of the operating system that includes unique design changes to the UI, special app icons, and interesting tones such as typewriter sound for the keyboard, an analog ringtone, a shoe tap on a marble floor, and more. 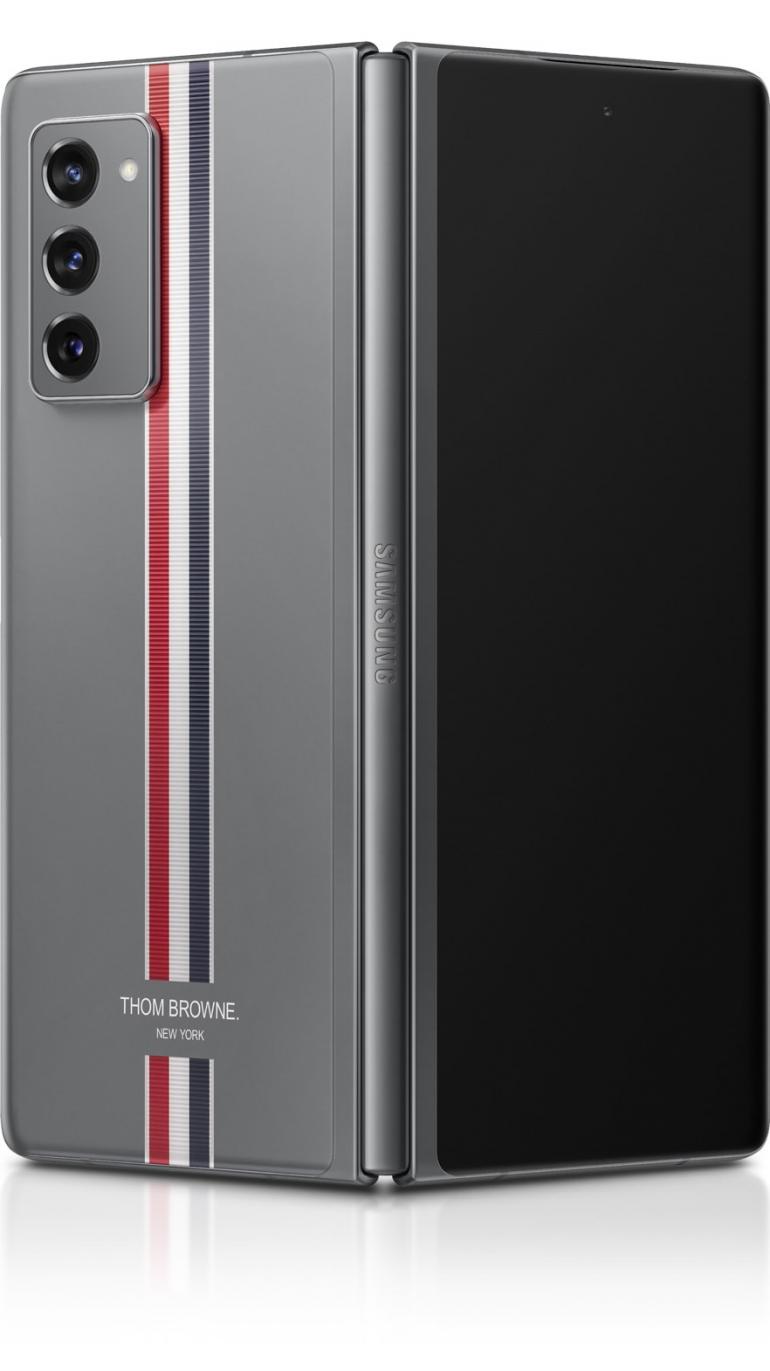 The hardware specs are identical to the standard Galaxy Z Fold 2 smartphone. It features a foldable 7.6-inch full-HD+ Dynamic AMOLED Infinity-O 2x display with a 120Hz refresh rate, a second 6.2-inch Super AMOLED Infinity Flex cover display. It is folded vertically in the middle, octa-core Qualcomm Snapdragon 865 SoC paired with 12GB of RAM and 256GB of storage. The smartphone is powered by a 4,500mAh battery. In terms of camera hardware, it comes with a triple rear camera setup that features a 12-megapixel primary sensor with an f/1.8 lens, a 12-megapixel sensor with an f/2.2 ultra-wide-angle lens, and a 12-megapixel sensor with an f/2.4 telephoto lens. There are 10-megapixel selfie sensors on both cover screen and main display with an f/2.2 lens. Only 5000 units will be available for sale across the world and it will hit the market on 25th September. 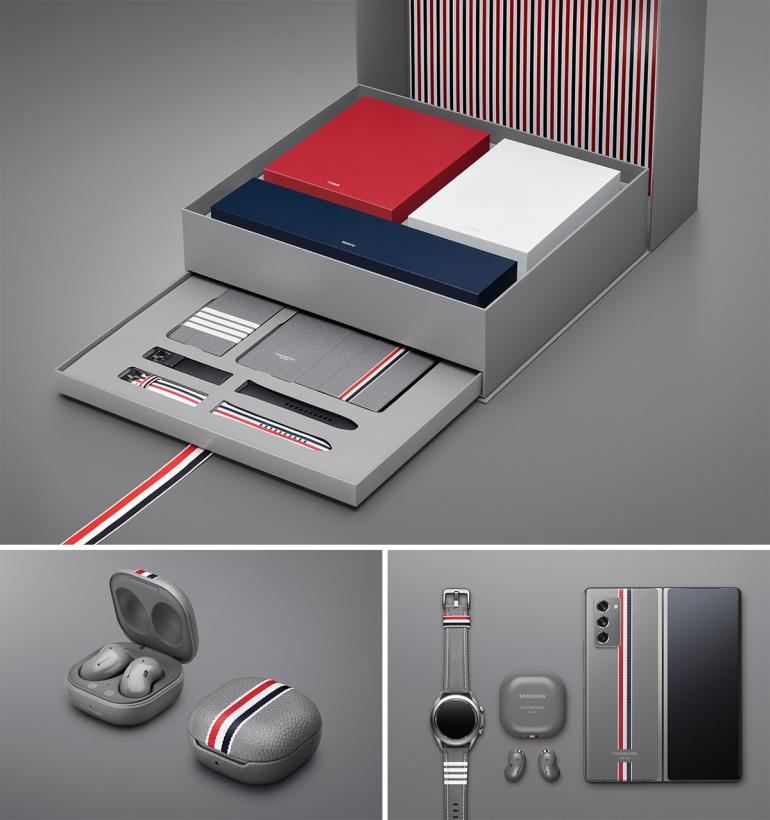 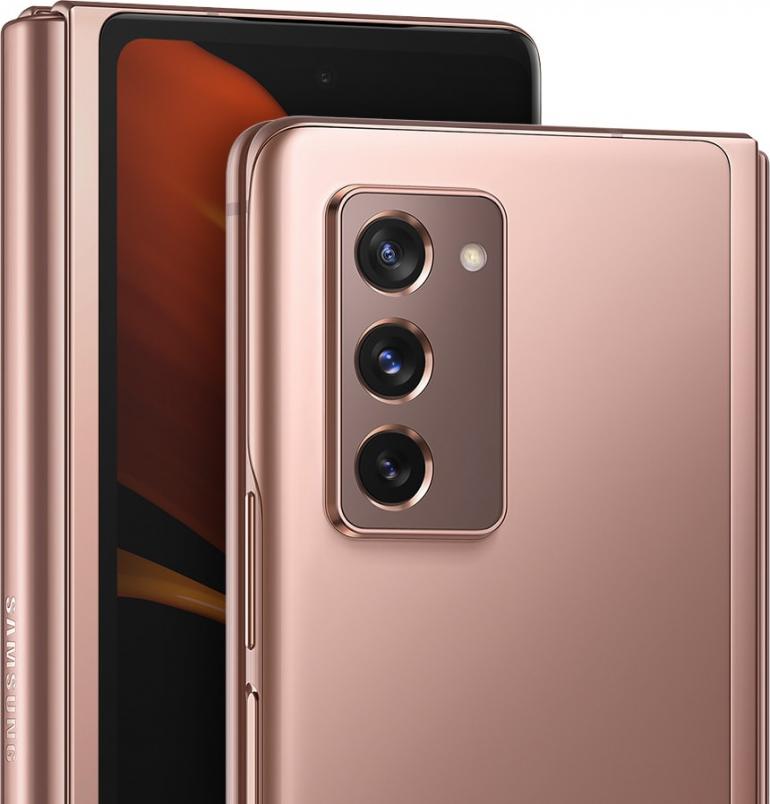 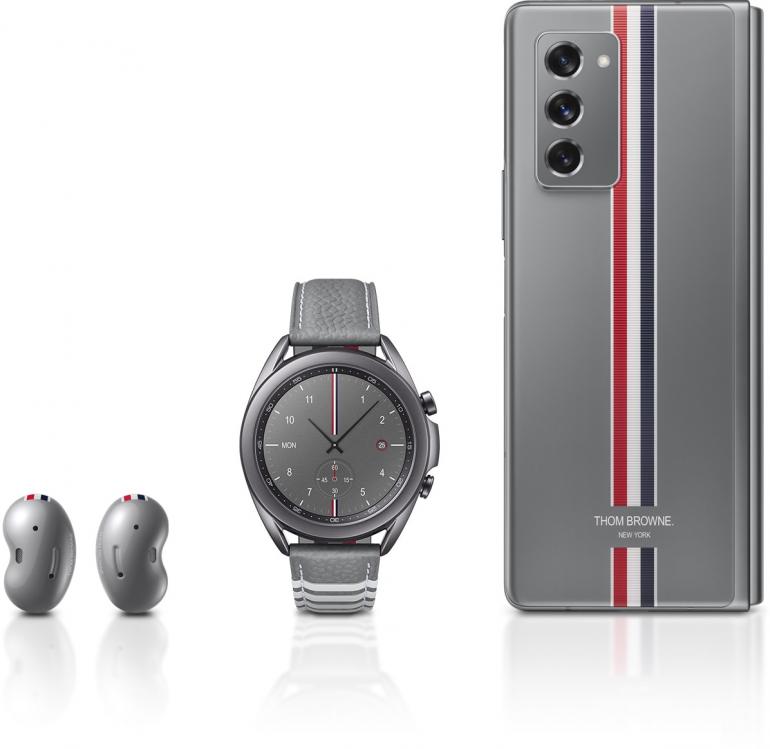