Vacuum tube amplifiers have been a thing of legend and although the technology is not too widely used today in many commercial spaces, there are always those special edition devices that companies make, bringing back the old school style and quality that the audiophile of today will most certainly crave. The latest is from Luxman who has announced the MQ-300 stereo power amplifier extraordinaire, that will not only bring back the vacuum tube design but will do it with style with hardcore output. 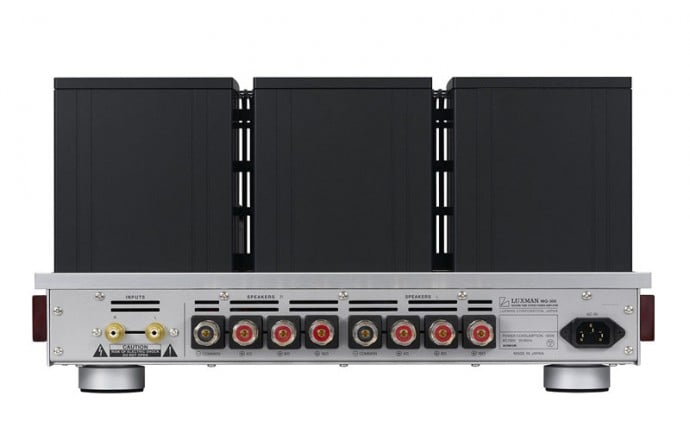 In case you didn’t know, the valve or tube amplifier was designed to use vacuum tubes to increase the amplitude or power of a signal. These types of amps are used for applications such as guitar amplifiers, satellite transponders such as DirecTV and GPS, audiophile stereo amplifiers, military applications (such as radar) and very high power radio and UHF television transmitters.

Using a design akin to the MB-300 model of old, the company isn’t trying to re-invent the wheel, but just make it look and sound much better than before. Using original oil capacitors and various other design characteristics of the older model, the MQ-300 has been crafted to provide a full tone range of audio and make your music sound as natural as possible. Set in a walnut wooden frame with a piano paint finish and combined with a steel chassis, the MQ-300 looks like a sturdy piece of audio hardware sitting up on its cast iron legs.

So come the end of October, Luxman’s $13,335 (1.6 million Yen) old school styled vacuum amplifier is going to be on the Christmas list of most audiophiles out there. It’ll be made available in a silver hairline color option.

Tags from the story
Audio-Equipment, Japan