Hey, this isn’t a repeat post; the new Vertu Ascent Ferrari 60 Limited Edition is the second Ascent phone made by the designer folks at Vertu to commemorate the 60th anniversary of Ferrari. Akin to the Vertu Ascent Ferrari 1947 Limited Edition that was made in the limited number of 1947, only 60 of this new Vertu Ascent Ferrari 60 Limited Edition is going to be delivered. So True to their names! Taking its inspiration from the Ferrari 612 Scaglietti, this splendid mobile phone also features its wallpapers and ringtones. Made of titanium and using the same Philips screws that are used in Ferrari cars, you’ll be surprised to know that it sports the same leather that is used for the seats of Ferrari cars. The back features the iconic Ferrari gear gate in titanium. 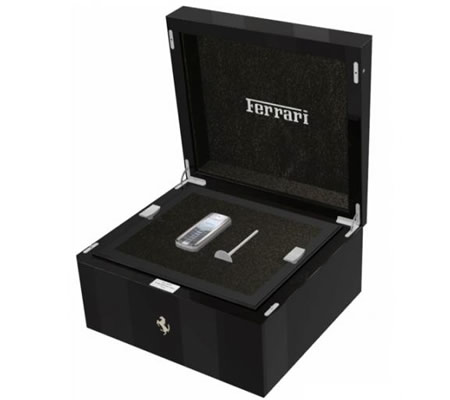 The phone also features a Vertu Aerius Bluetooth headset and a valve from a Ferrari F1 car. The cherry on the cake is that the phone comes with an exclusive service package that enables you to service the phone every six months and also have the leather replaced.
Source

Tags from the story
Ferrari, Vertu