Over the last few weeks, the robotic dog by Boston Dynamics named Spot has been in the news a lot and for some very interesting reasons. The $75,000 grabbed headlines when Spot was spotted in Florida with a leash strolling about like a normal dog on a walk. It was followed by a set of pictures from France showing the robo-dog training alongside soldiers of the French Army during military exercises. And just when you thought it couldn’t get weirder, a YouTuber has managed to turn Spot into a beer-pissing quadruped robot. The YouTuber named Michael Reeves who is known for pulling off such whacky experiments used his technical expertise to teach the robotic dog to piss beer into a cup. “It’s an engineering masterpiece, I wanna make it piss beer into a cup,” he says in the video.

Reeves, who managed to get his hands on a unit, designed the beer dispenser for the bot that looks pretty complicated to a technically-challenged guy like me. With the help of some coding and recalibration, the YouTuber taught the $75,000 toy to piss beer and turn into the ultimate drinking buddy. Imagine, what an amazing addition it might be to your man cave! No more getting up to grab a beer from the fridge. However, Spot hasn’t quite mastered the trick as of yet. “Piss bot is working flawlessly. 35 percent of the time,” he says. The video has already received more than 7 million views on YouTube. Have a look at the video; I’m sure you’ll absolutely enjoy it. 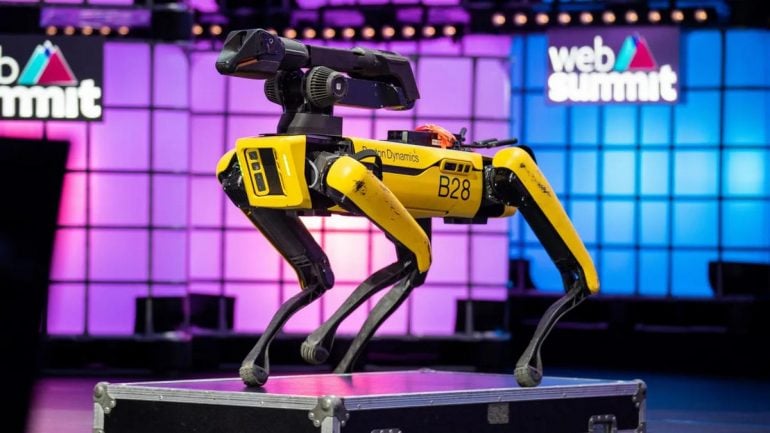