If you’re scouring Mayfair and find Gigi’s World’s Most Expensive Cocktail, well, too expensive for your taste, then we have another, equally interesting recommendation that might strike a better chord with your pocket. Warning: Admirers of certain famous personalities might find it especially hard to resist. The Savoy’s theatrical Beaufort Bar is serving Character Cocktails. 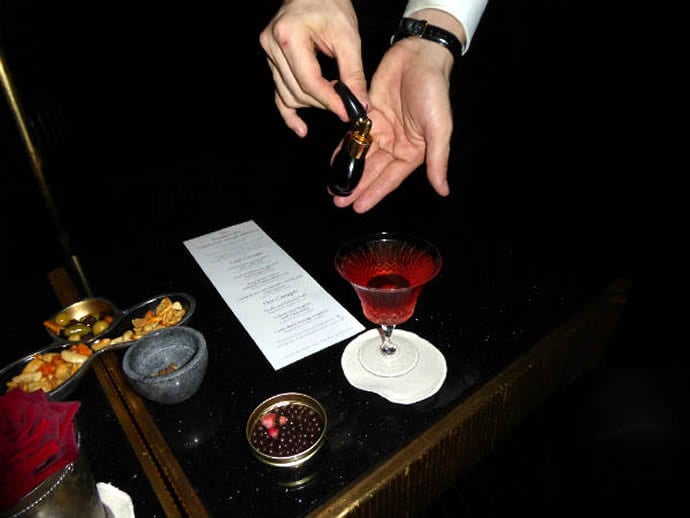 Crafted after the likes of legendary writer Ernest Hemingway, Impressionist painter Claude Monet and Coco Chanel, these come with their own fair share of theatrics. While the late writer’s Never Ending Story cocktail is made with Bacardi 1909, Dark Crème de Cacao, barreled absinthe, fresh lime and caster sugar, it is served atop one of his classic tales, The Old Man and the Sea, and with giant and burning cinnamon posing as his stogie. The Coco cocktail meanwhile is an ode to Mademoiselle Chanel’s penchant for mixing caviar and vin! 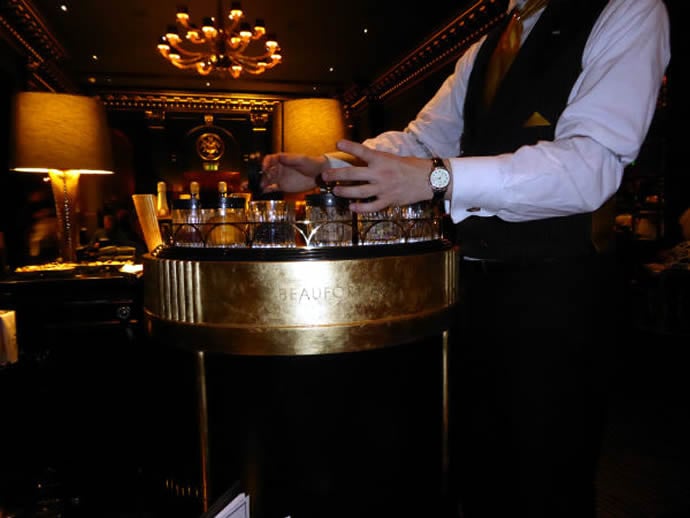 Crafted out of Grey Goose with rose and jasmine, Lillet Blanc, Chateauneuf-du-Pape and blackberry reduction, and Moet et Chandon 2004, it is elegance extraordinaire, topped off with a rose essence spray out of a bottle à la Chanel No. 5 and served with beads of chocolate in a tin. The Impressionist cocktail takes it up another notch. Made with Cherry Marnier, Crème de Violette, raspberry sugar, and Ruinart Rose Brut NV and served next to smoking roses, it characterizes the Impressionist painter’s vision of London. All the drinks on the Character Cocktail menu are priced between £25 and £30 ($39 and $47).

Tags from the story
Bar, Cocktail