Disney is set to serve a $5,000 ‘’Star Wars cocktail on the Wish Cruise. Yes, it is expensive, hides no magical potions, and omits an accompanying light-saber. A jolly good time is a given but one that will cost you. Disney’s immersive Star Wars experience is where you will get to devour the Kaiburr Crystal drink probably only once, considering the staggering price, on the fantastic two-day adventure aboard the Galactic Starcruiser. According to Comic Book, the $5000 drink comes in a hefty carrier complete with mechanical doors and a smoke effect before you grab a glass that appears to be a size similar to a shot glass. To add to the mystique, the contents are not revealed, meaning there is a chance you might not even like what you had for a hefty sum.

The most expensive drink in the galaxy. The Star Wars Hyperspace Lounge on the Disney Wish has a $5,000 Kaiburr Crystal drink. pic.twitter.com/ZcUp3yt0RI


Ashley Carter shared the Kaiburr Crystal drink video on Twitter and wrote, ‘The most expensive drink in the galaxy. The Star Wars Hyperspace Lounge on the Disney Wish has a $5,000 Kaiburr Crystal drink.’ As expected, the response was both a shaken and stirred Twitter. One user lamented, ‘This is ridiculous and another example of how out-of-touch Disney is becoming.’ Another user questioned, ‘o what is actually in it? Does it give you Force powers or something?’ 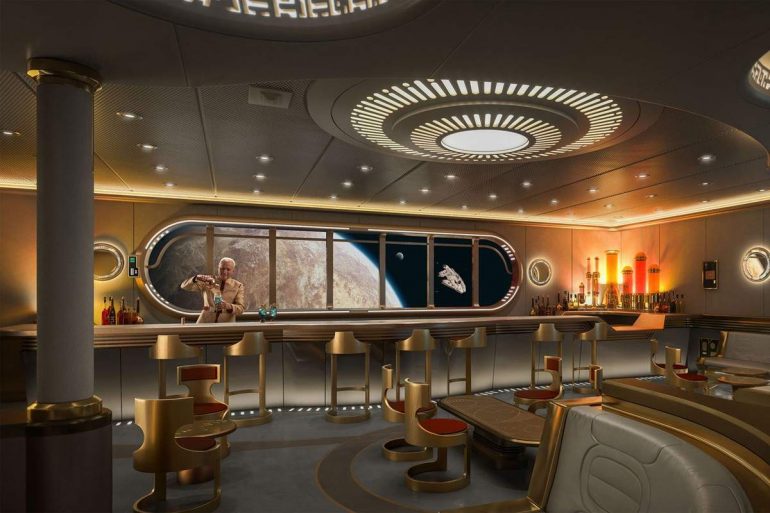 One fan even asked if the cocktail was available as an NFT. It is a bit of a shocker as staying at Disney’s new Star Wars hotel in Orlando was considered expensive with a $6000 price tag (for a family) and is actually costlier than staying at the Burj Al Arab. A $5000 cocktail sounds even more absurd in comparison.

Speaking of absurd why spend $5,000 on a cocktail when you can get a pre owned Rolex Air King for the same price.