Joining the ranks of the world’s most expensive foods is a fancy new potato chip from Swedish brewery St: Erik. Born to be a fitting companion to your collection of top-shelf drinks, this potato chip is anything but humble. The chips were available for some time in boxes of five priced at 499 Swedish kronor or about $56 each (that’s $11 per chip!) but even at that ludicrous rate, they sold out pretty quickly. Each of the five chips in the box has its own flavor derived from a carefully chosen special ingredient. These special ingredients are Matsutake mushroom from pine forests in the northern region of Sweden, Truffle seaweed from the waters around the Faroe Islands, Crown Dill that was hand-picked on the Bjäre Peninsula in southern Sweden, Leksand Onion that grows just outside the small Swedish town Leksand and India Pale Ale Wort which is the kind normally used to brew St: Erik’s India Pale Ale. 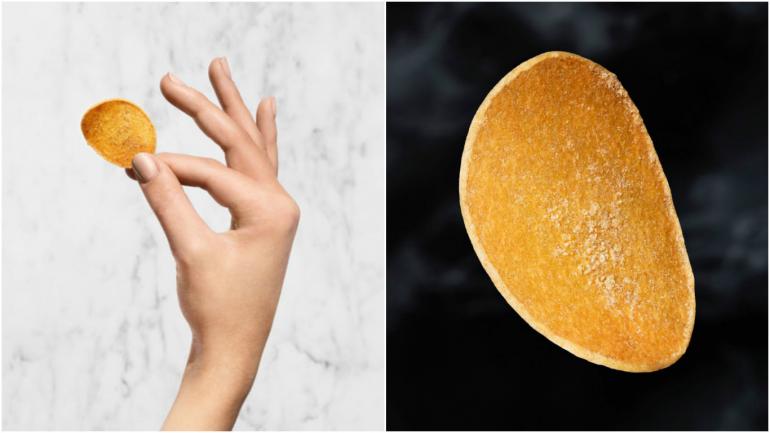 These flavors built on the foundation of a perfect chip made from Ammarnäs Potatoes which are grown on a potato hillside in Ammarnäs, a steep, stony slope in a south-facing location where almond potatoes are cultivated by hand in very limited numbers. The chip recipes all came from chef Pi Le who said, “All of the chips have been made by hand. It took a delicate touch, a finely honed sense of taste, and time to ensure that each chip would achieve a perfect balance between the various ingredients. The taste is a very Scandinavian one. … Most people recognize potatoes and onions, but what stands out is the quality. All of the ingredients are of a stature that not many will have tried before. These chips are an excellent accompaniment to craft beer, or simply enjoyed on their own.” 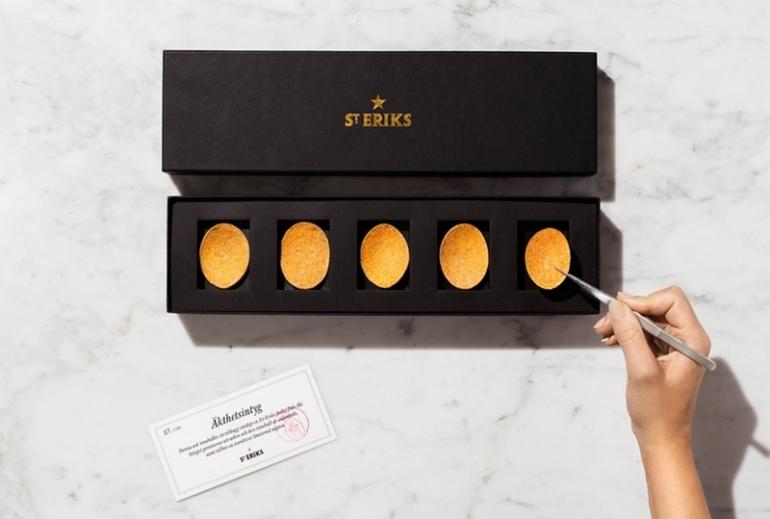 The chips are not currently available since they sold out just last week, but with any luck, the brewery will attempt a second batch of this pricy but perfect snack.

Tags from the story
Food, Most-Expensive