Wine aficionados may have visited several peculiar vineyards. However, one that doubles as a train station is never heard off! Bringing it to your notice though is Shiojiri located in Japan’s central Nagano prefecture which is all set to release a wine made from grapes planted at its train station in the late 80s. Yes, that’s right! 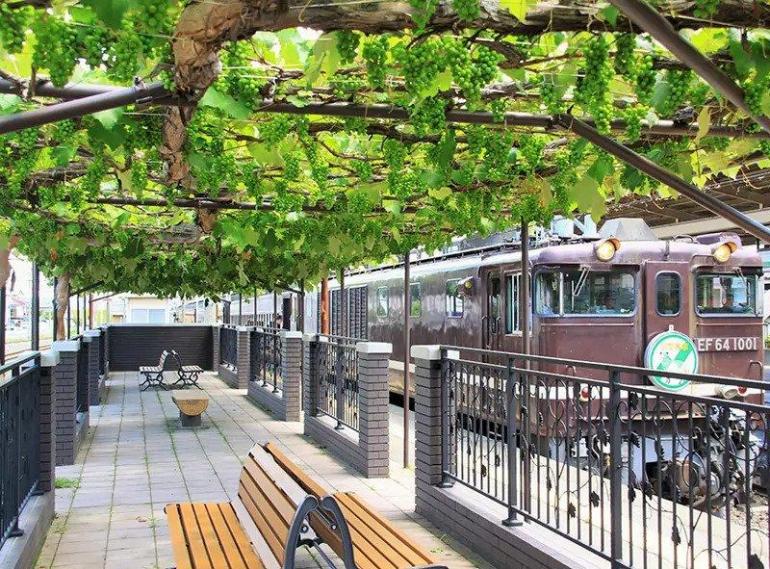 The Shiojiri train station had built the vineyard on platforms three and four as a way of promoting local wine to tourists in the region. Known to be’ Japan’s One and Only Station Platform Vineyard’. the chateau of sorts is tendered by Japan Rail staff, along with volunteers and members of the city’s tourist association, under the guidance of Shiojiri grape farmers. 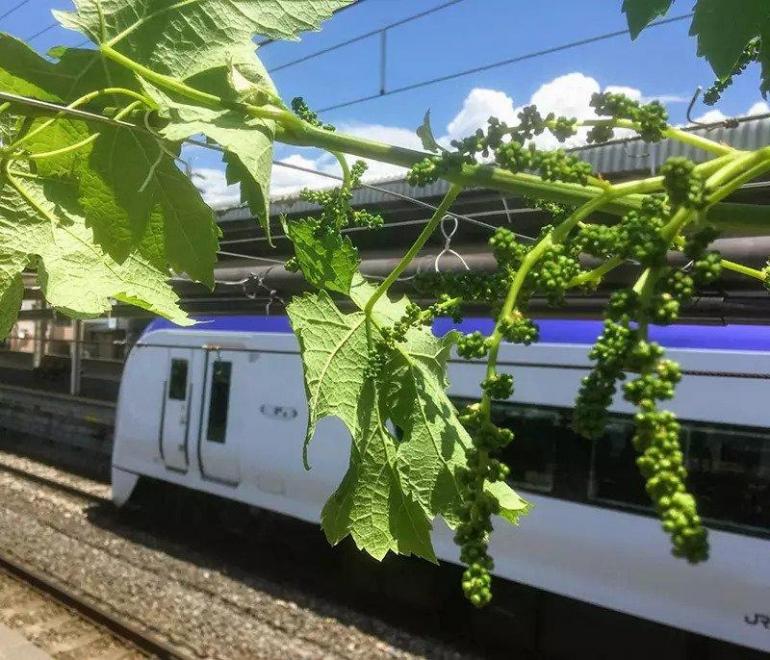 Commenting on it, Shiojiri City Tourism Association rep Hidehiro Shimomura in a statement to Unfiltered said, “Before the harvest of the grapes, few tourists could recognize the grape trees. But after the harvest, lots of tourists were so surprised when they saw the grapes on the platform that they did a double-take and said, ‘Why are there grape trees at the station?’” 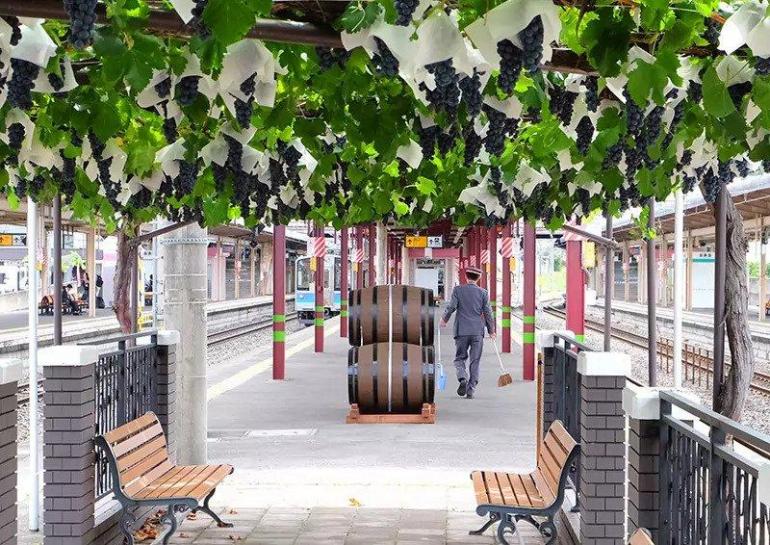 The grapes cultivated on the train platforms include the red Merlot variety and the white Niagara variety, which will be harvested in autumn and used to make Shinshu wine. Volunteers and staff tend to the grapes throughout the growing season, which begins in earnest around May each year. They are then given off visitors or used for research by oenology students. However, for the first time last year, it was decided that the fruits will be used to produce wine to celebrate the 60th anniversary of Shiojiri’s elevation to city status. The limited edition of 100 bottles will be released for sale this August. 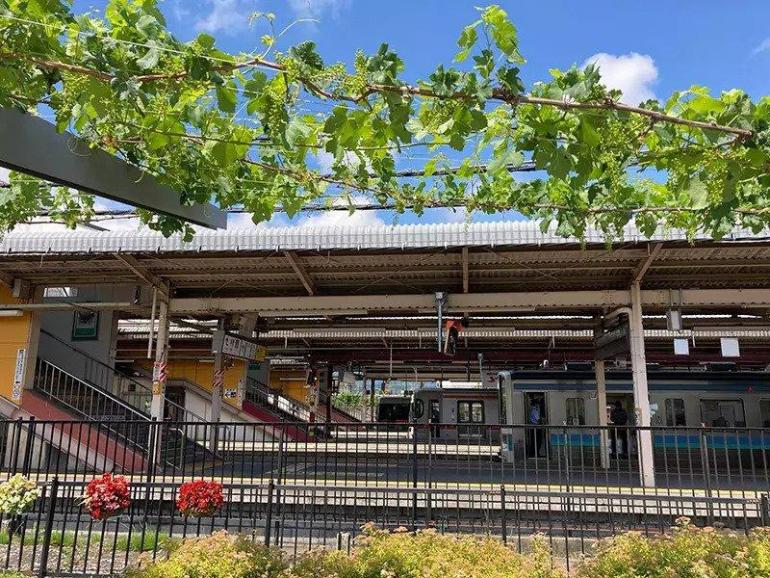 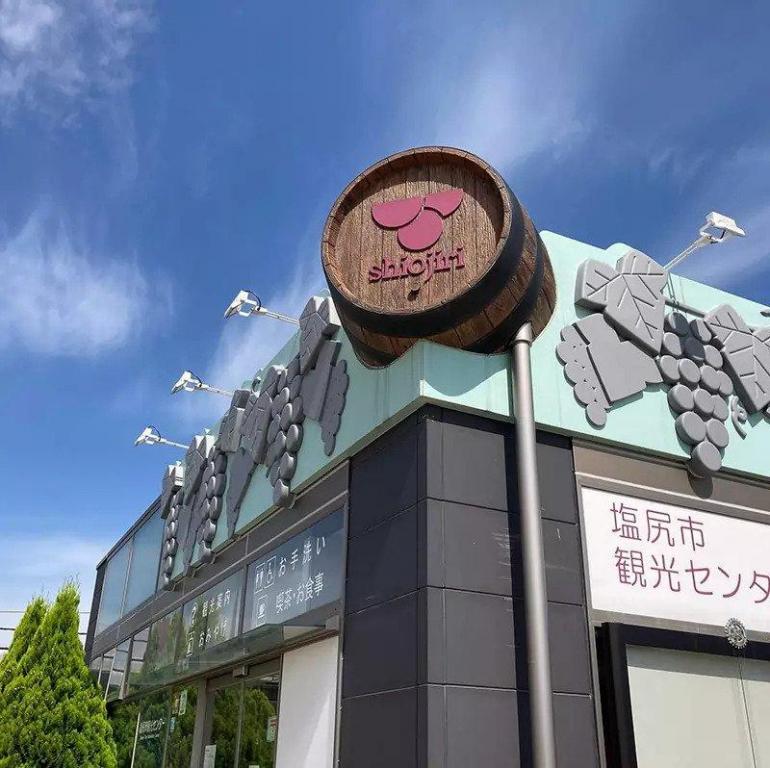 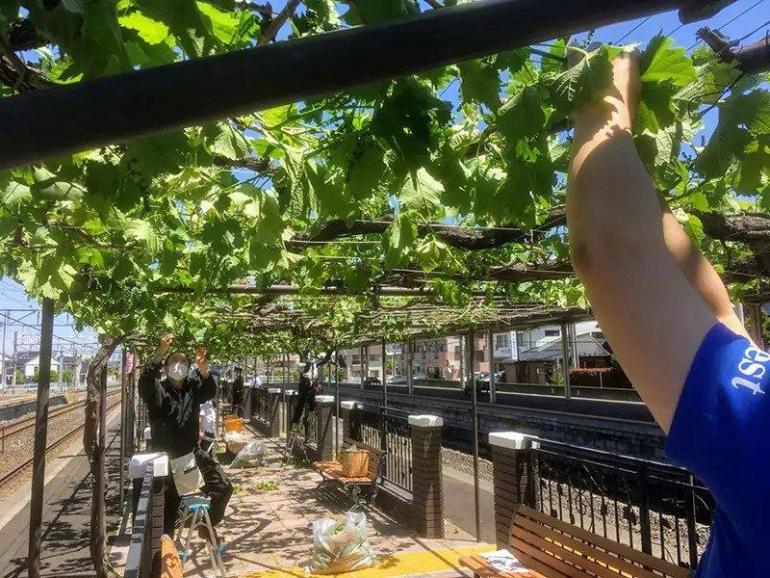