We have come across many dwellings some quirky, some weird and some very interesting that have been converted into luxury hotels; like San Francisco’s Payne mansion, a Japanese prison that got converted into a luxury hotel, the weirdest was an industrial crane in Copenhagen that got converted into a luxury spa and hotel. Now we have come across another dwelling, one that holds great importance in history and has been a haven for people way back in the days of WWII. The St. Pauli bunker on Feldstraße in Hamburg, Germany was one of two towers created by the Nazi’s for air defense during WWII in the year 1942. NH Hotel Group has announced plans to bring its flagship brand to its rooftop and the place is now being converted into a luxury hotel as well. During the War, tens of thousands of Hamburg residents found protection against air raids. Believe it or not but facts state that during the bombardments on the city of Hamburg at times up to 30,000 people were sheltered in the bunker. It can easily house up to 18000 people otherwise. The bunker St Pauli is centrally located which makes it a great spot to stay in. Designers have worked their magic on the historically imposing edifice by creating five stories in the shape of a pyramid including a spectacular roof-top garden. In addition to the grand interiors and lavish spaces, there will be spaces created uniquely for culture, exhibitions and a hall for sports and entertainment events. The ‘Nhow Hotel’ also known as Nhow Hamburg will offer 136 rooms, including a bar, a coffee shop and a restaurant. Designers have also incorporated a ‘green walkway’ that will lead up to the hotel around the exterior. 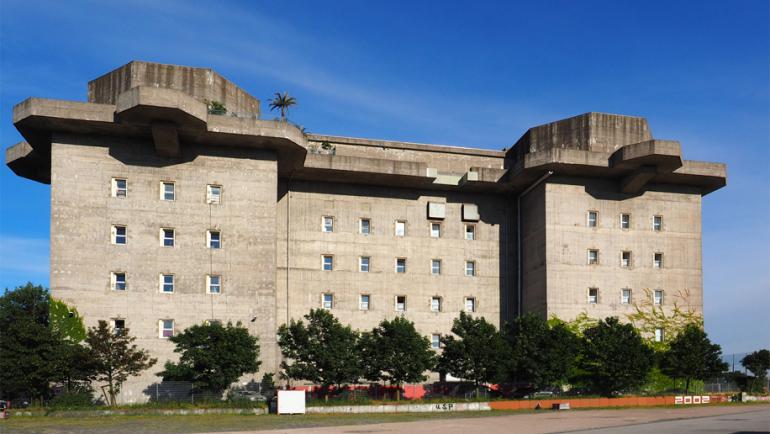 The opening is planned for mid-2021. Currently, the World War II anti-aircraft bunker is home to night clubs, a large music store and office space for artists and musicians.

Tags from the story
Bunker, Germany