After spending weeks watching sci-fi shows, it’s not difficult to imagine what living in a space hotel feels like. The unveiled plans of US-based space company Orbital Assembly for the luxury Space Hotel will put imagination to shame. The announcement revealed two space stations with tourist accommodations. Pioneer Station, which can host 28 people, is set to be operational by 2025, while the larger Voyager Station, initially announced in 2021 with a capacity of 400 people, is scheduled to open in 2027. Two new projects will see business people and tourists alike take to space. Illustrations have excited us, and we are sharing an in-depth view that takes us inside the space hotel to be opened in 2025. It’s going to be a trip of a lifetime, where luxury experience will meet galaxy views: 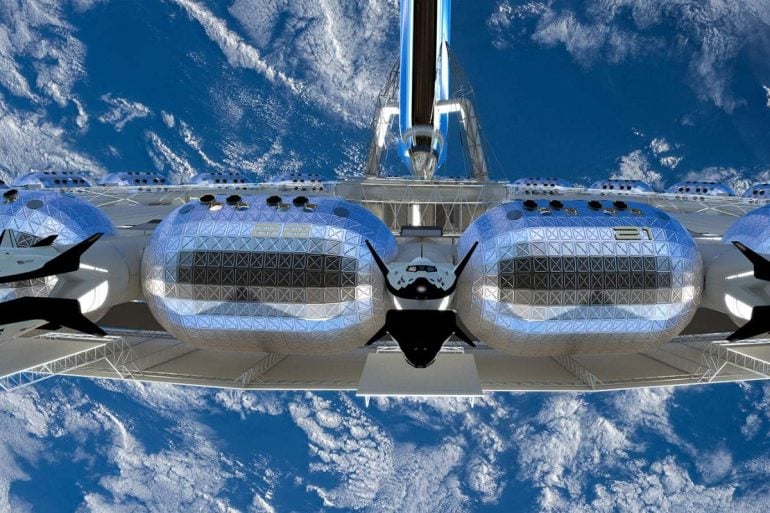 Orbital Assembly Corporation, a space construction company overseeing the futuristic concept, has the hotel consisting of several modules connected by elevator shafts that make up a rotating wheel orbiting the Earth. It looks like London Eye’s bigger, older cousin went to space. Currently, there are two space dwellings in the pipeline- Voyager Station and a new concept Pioneer Station, that could be operational in as early as three years. 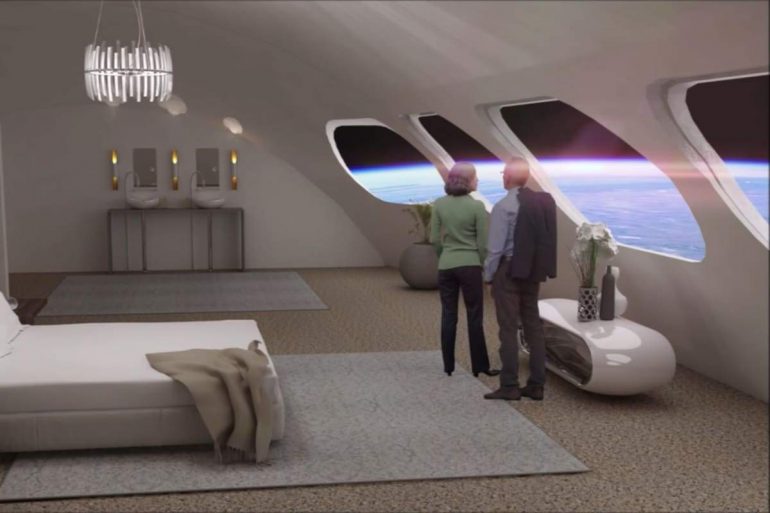 Orbital Assembly’s chief operating officer, Alatorre, told CNN Travel in a new interview, “The goal has always been to make it possible for large amounts of people to live, work and thrive in space,” 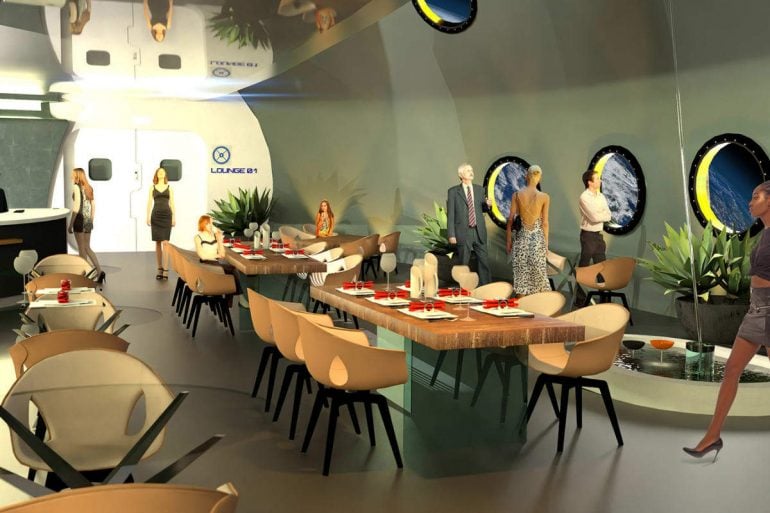 The website states the Pioneer Station will be the first habitable platform capable of providing artificial gravity, unlocking unprecedented opportunities for research, tourism, and long-duration spaceflight.’ 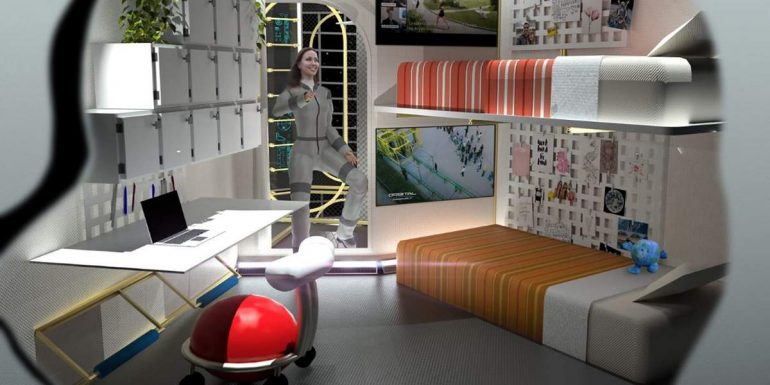 Ladbible remarked, ‘Simulated gravity will offer amenities like toilet facilities, showers, and beds that function similar to what you are used to on Earth.” 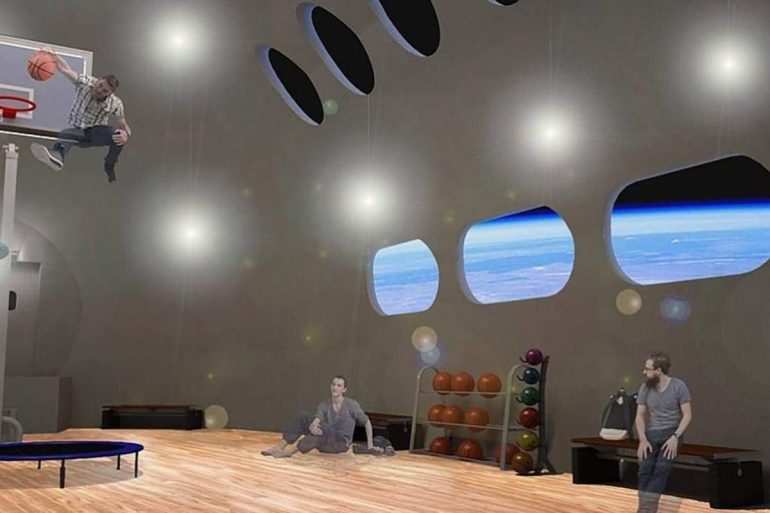 The space hotel will also flaunt a recreation hall. Come day or night, activities such as ‘jumping, running, and playing sports in the 1/6th Earth gravity environment, will be welcomed. 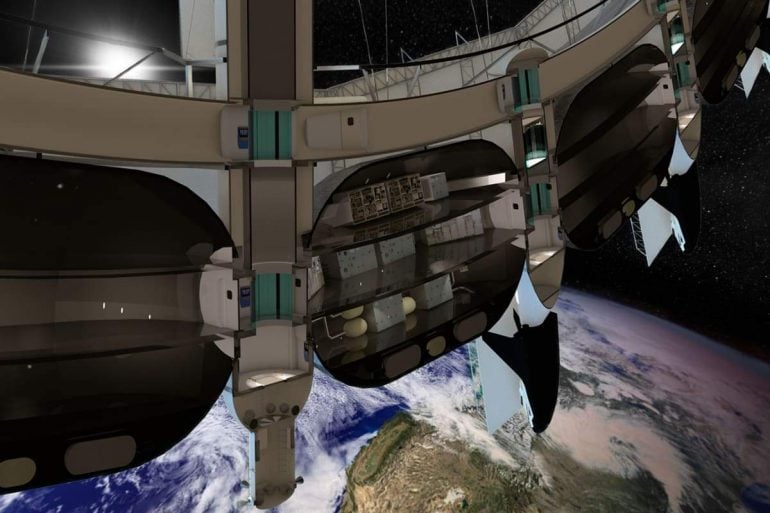 Looking at the scale and capacity of this luxury space hotel, I am guessing that though expensive, this trip to space won’t be reserved only for the billionaires of our planet. For now, Orbital Assembly doesn’t clearly state the amount to be spent on a stay at either station. 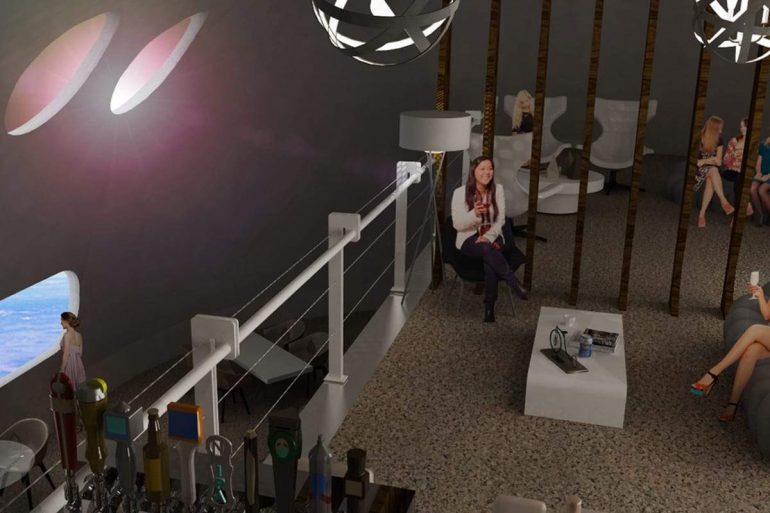 The website also states that the Voyager Station will be equipped with ‘luxury suites that can be rented for a week, month, or bought as a holiday home. “Our luxury villas are anticipated to be up to 500 m2. They will feature cooking facilities, up to three bathrooms, and sleeping accommodations for up to 16 people,” the website reads. 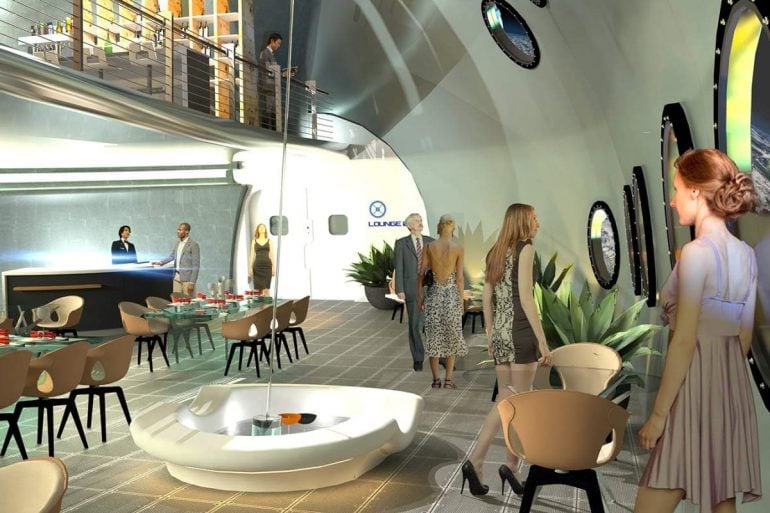 The company aims to make this space hotel feel like a home away from home. Instead of making it look like a sterile laboratory, they aim to create a warm, inviting milieu. Mr. Alatorre stated, “It’s not going to be like you’re going to a factory or you’re going to a research facility. Instead, it should feel like a sci-fi dream. There are no wires everywhere; it’s a comfortable space where you feel at home.”