Cinderella’s castle in France just doesn’t make the cut; Elsa’s towering castle in Arendale is surpassed and Beauty and her beast’s Château de Chambord have tough competition in the form of China’s Jilong Castle Country Club Resort. One expects to find exhilarating bridges, modern structures, and unending skyscrapers in China but certainly not a striking version of the Neuschwanstein Castle! Located on a small island on Wanfeng Lake in southwestern China’s Guizhou Province is the stunning Jilong Castle Country Club Resort that will put Bavarian castles to shame. Established back in 2011, this four-star hotel is the labor of love of a local man who made his fortune in hydroelectric power. Another one of his hydroelectric plants built close to the property generates all the electricity used at the resort. The gorgeous property can give any medieval European castle a run for its money by looking not just authentic but also very opulent. However, the reality is quite different; to experience living in an astounding castle such as this, one only needs to spend $40 for one night at the fairytale castle. The structure is truly magnificent with great attention to detail, including a bridge linking it to the mainland, but the location is picturesque and breathtaking.

According to Ctrip, the unique resort on Wanfeng Lake is often referred to as the Chinese version of Neuschwanstein Castle, the fairytale castle that inspired Cinderella’s Castle at Disney World. China’s obsession with Europe is pretty well-known as they have successfully replicated several European landmarks and even complete cities with ease. Like many other spots in China, this one will also make for one unforgettable tourist point! 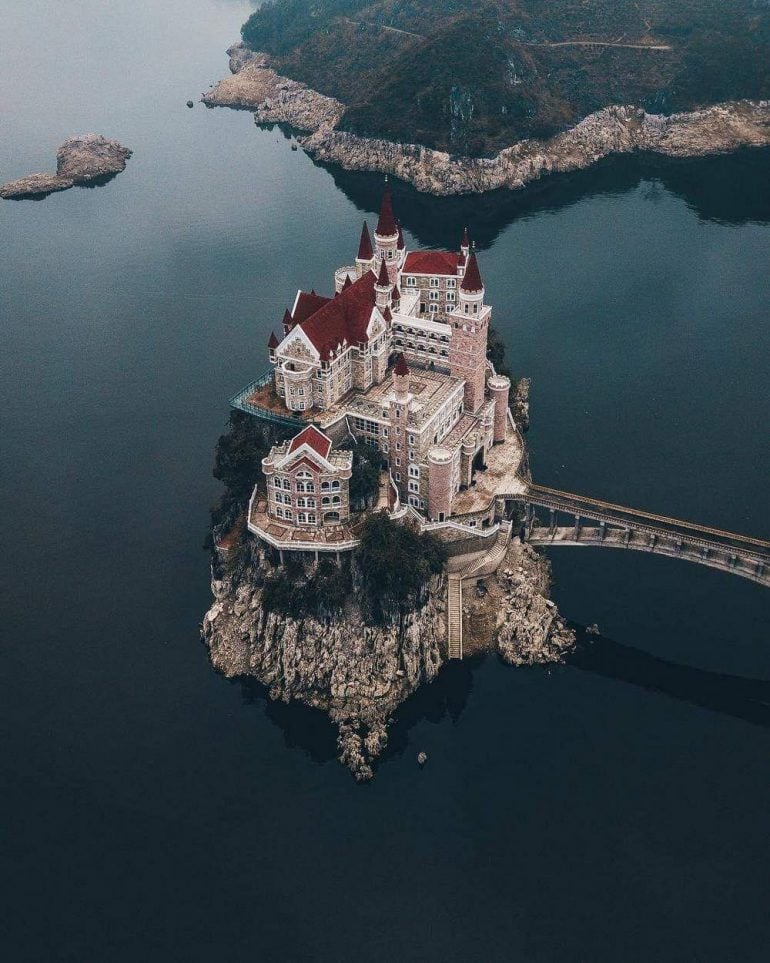 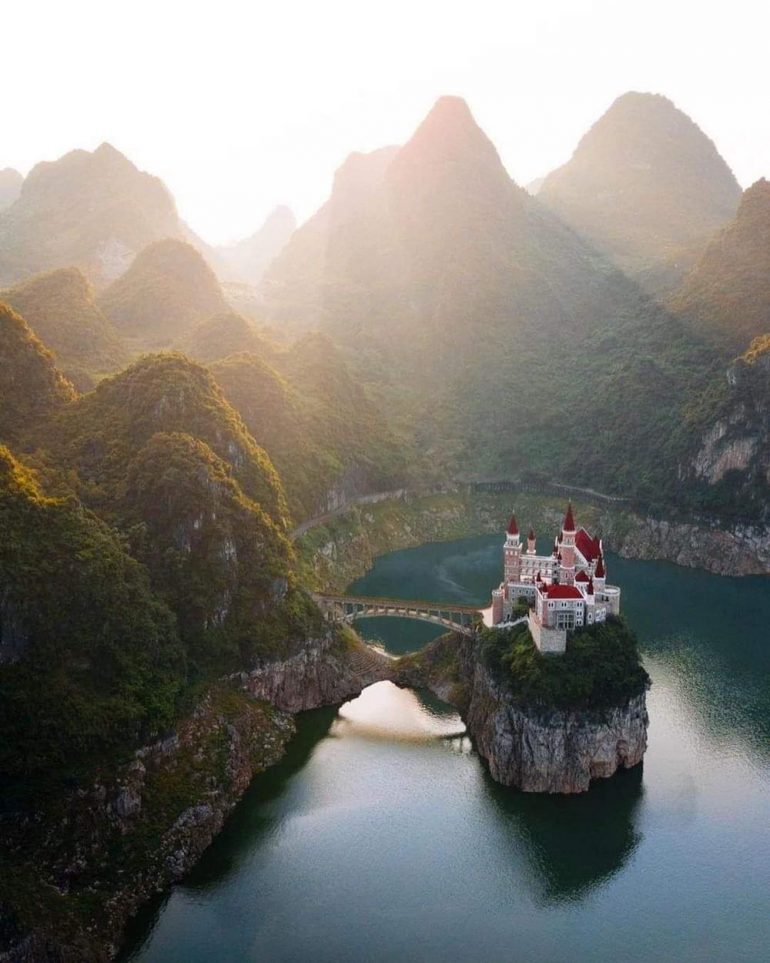 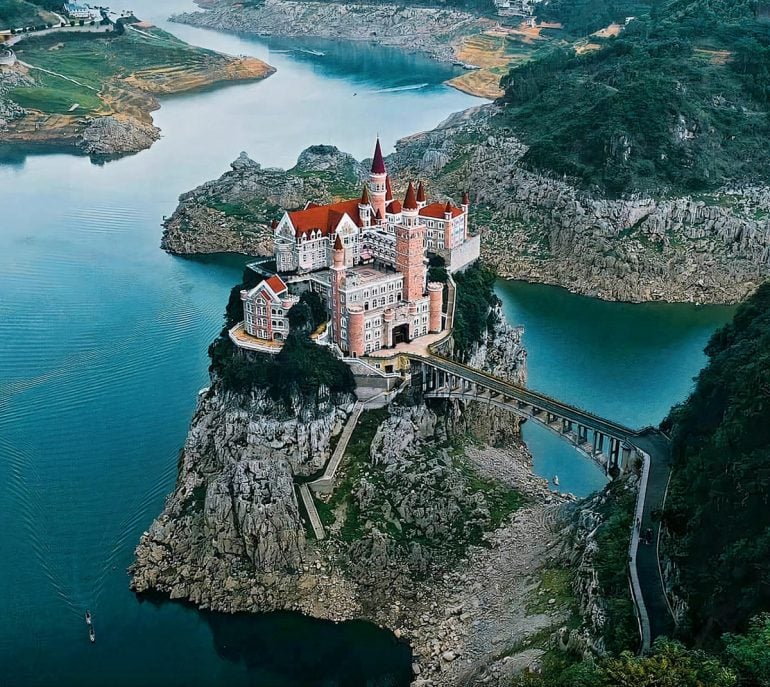