Proust, Picasso, Joyce, Stravinsky and Diaghilev, all have come and gone, and at once. Now The Peninsula may be yet to come so I obviously don’t mean them and yet, I do. The dinner party that brought such greats together to celebrate the premiere of the latter two’s ballet, Renard, took place at the former Hotel Majestic! I say this because The Peninsula property making its way this August to Paris is legend incarnate, the aforementioned belle époque building.

Perfectly situated at 19 Avenue Kléber, just steps from the Arc de Triomphe, The Peninsula sits in the heart of Paris within walking distance of some of the world’s most famous monuments, museums and luxury shopping districts. 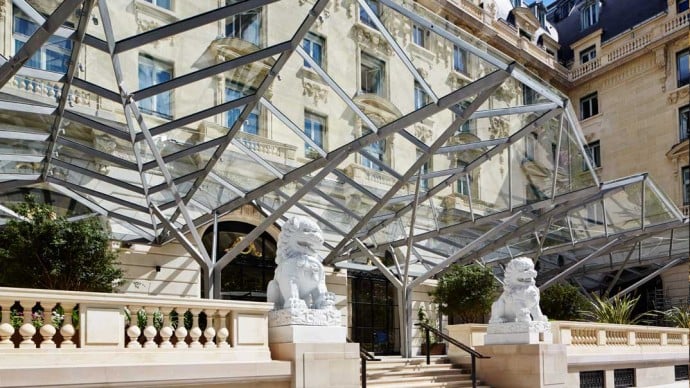 When the Hong Kong-based hotel group decided on such an expansion and by consequence the Parisian entrance, and since it did, there was no surprise in that it picked one of Paris’s most luxurious “grands hotels”. Of course, the late 19th century classic Haussmanian building that opened as Hotel Majestic in 1908 has been, both meticulously restored and discreetly modernized with artistic yet convenient renderings that are now considered so vital to 21st century living.

Twenty stonemasons restored the façade by hand, with a cascade of flowers taking three weeks and about 12 hours of work. 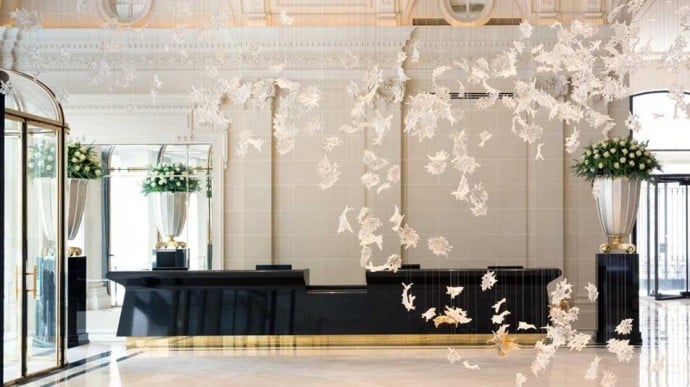 Distinctive fish scale–shaped tiles from ancient slate quarries in the Pays de la Loire region line the hotel’s curved roof. Inside, soaring curved ceilings, bespoke chandeliers (including one hand-made Lasvit), magnificent drapery, marble floors and contemporary furnishings, all pave the way for some 2,100 square feet of gilding. Unique to The Peninsula Paris is a second grand entrance leading directly to the car parking.

In 1928, George Gershwin wrote, ‘An American in Paris’ while staying at the hotel. 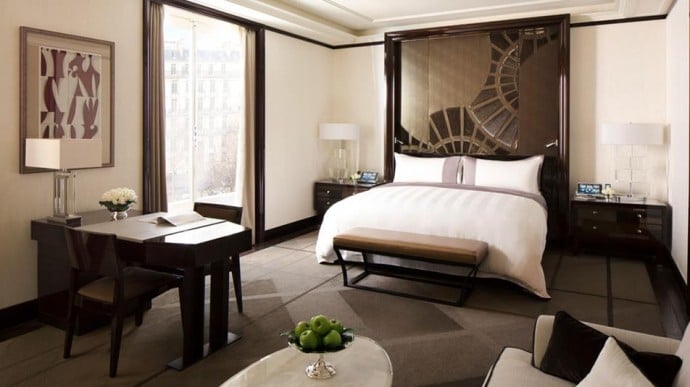 Six years in the making, The Peninsula houses 200 luxurious rooms, including 34 suites, which are among the most spectacular in Paris. True to Peninsula perfection, each is embellished with meticulously curated artworks, elegant furniture and ambient lighting, all the while paying homage to Parisian influences. The rooms and suites also boast superlative bathroom amenities by Oscar de la Renta and the ultimate in proprietary technology (read: fully customized interactive digital bedside and desk tablets.)

With its collection of eclectic restaurant and dining options, The Peninsula Paris promises to bring a new dimension of dining to the City of Light. 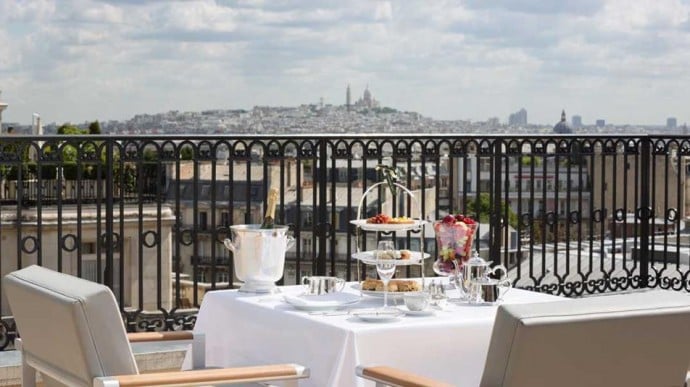 If by “dimension”, they mean the very best of France and The Peninsula in the form of six F&B venues then they’re probably right. While La Terrasse Kleber is arguably Paris’ largest enclosed terrace, with The Peninsula Hotels’ long heritage of award-winning Cantonese restaurants and a very dramatic setting, LiLi seeks to revolutionize Chinese dining in Paris. The Paris Peace Accords negotiated by Henry Kissinger and bringing the Vietnam War to a close, were signed in 1973 in the salon, which is today Le Bar Kléber. 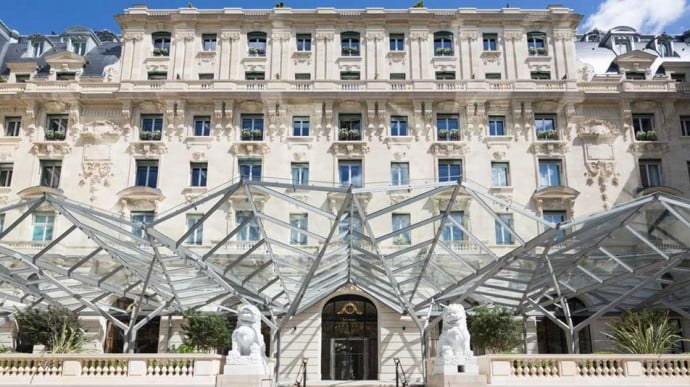 But if cocktails here come steeped in history, Kleber Lounge offers cigars under original frescos revived by the famous, Louvre Museum restoration team. And L’Oiseau Blanc, located on the sixth floor of the hotel serves up 360° views over Paris’ most iconic monuments. Meanwhile, The Lobby at The Peninsula Paris continues the tradition with “L’Heure du Thé” – the much-loved Peninsula Afternoon Tea with scones, finger sandwiches and all the trimmings. 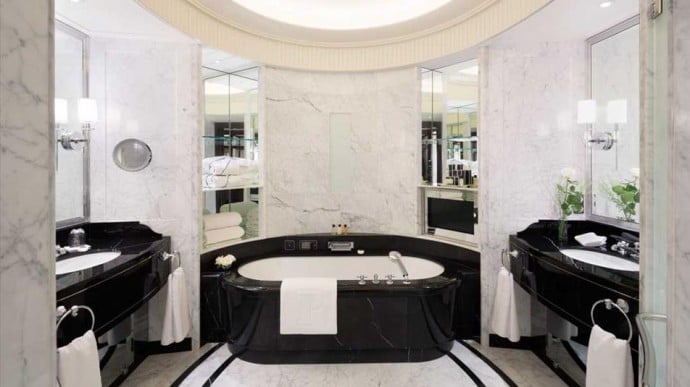 Saying that The Peninsula Spa, which occupies 1,800 square meters in the refurbished basement, offers that sense of well being more akin to a faraway exotic destination, in the heart of Paris, is like stating the obvious. But the art collection at The Peninsula Paris provides the perfect synergy between the property’s glorious past and the grand present that is to come. In order for which, the Hotel is introducing an “Avant-première” offer starting at €695 ($950) for room or “Début” offer starting at €750 ($1,024) including breakfast for stays when it launches August 1st, until 31 August 2014. 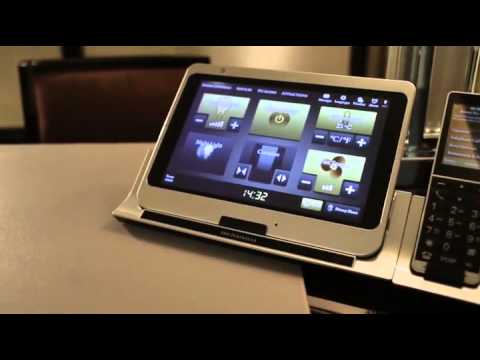