Oh look, what just washed up the docks of London city! A four-star hotel or, well soon-to-be! The Sunborn superyacht that just sailed up river Thames is all set to play luxury hotel to local weekend revelers as well as those wishing to combine the charm of being on a superyacht all the while holidaying in a world class city. Talk about two birds and one superyacht! To be London’s first superyacht hotel, the property will be unveiled on April 7 and open to the public on April 9, 2014. 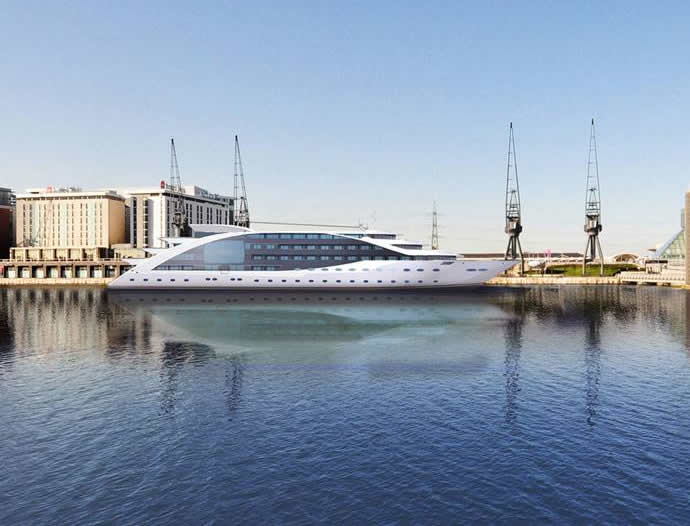 The 394ft. (120m), five-story yacht will feature 138 rooms besides a spa, fine-dining restaurant, terraces with views over the towers of Canary Wharf and a number of signature suites. The latter includes two royal suites, both of which will be 210sq. ft. (65sq. m.) and feature a spacious lounge with a curved glazed wall that faces a private 100sq. ft. (30m.) terrace and a bathroom with sauna, and sunken Jacuzzi. Finland based Sunborn will also launch a Sunborn Gibraltar the same time as London’s yacht hotel. 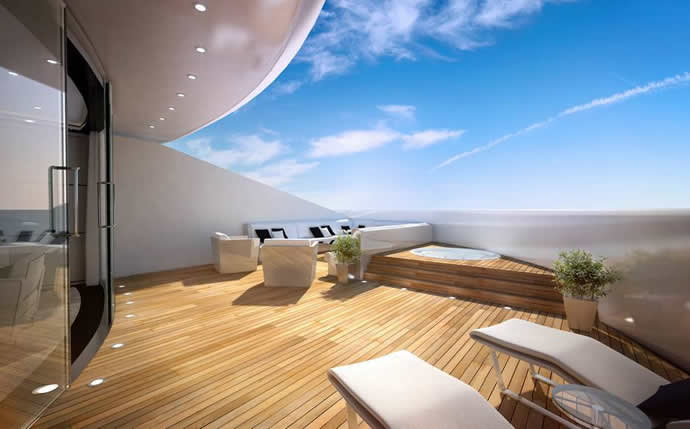 Built on a whopping £123 million budget, the seven-story, 465ft. (142m.) vessel will feature 189 rooms including 22 suites. Enough to have other port cities hoping for the property development and investment company’s display of luxe generosity. That said this whole living on a yacht concept seems to be a fast-growing trend doesn’t it? Its biggest example lying in the design of the very much cruising ‘Streets of Monaco’ that seeks to replicate Monaco city. Meanwhile, Sunborn London will be up for experiencing in the capital’s Royal Victoria Dock with nightly rates starting at £180 ($300). 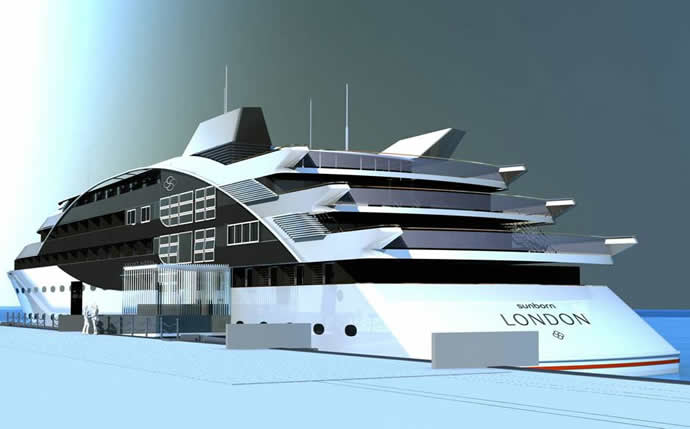 Tags from the story
London, Yacht