While swimming counts as a sport, it isn’t one that entails a lot of thrill! However, in shuffling things around, this yet-to-be-built Norwegian hotel is here to challenge your guts with a cantilevered glass swimming pool that is perched right on the edge of a cliff! 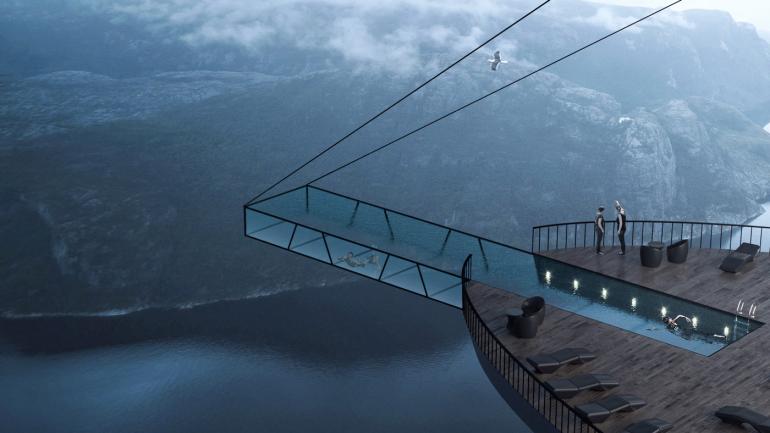 Proposed for construction by Hayri Atak Architectural Design Studio, the hotel will be situated on a site 600-meters-high on Preikestolen which a steep cliff and popular tourist spot in the west of Norway. The design of the iconic building is intended to recreate the thrill of embarking on hiking trails around the cliff while allowing visitors to experience the feeling of “living on and beyond the edge”.

Commenting on the construction, Hayri Atak in a statement said, “Preikestolen has been one of the most exciting places to me through the years.” He further added, “The hotel can be considered a part or an extension of the cliff. I thought that experiencing beyond the edge is much more thrilling in a pool rather than a balcony.” 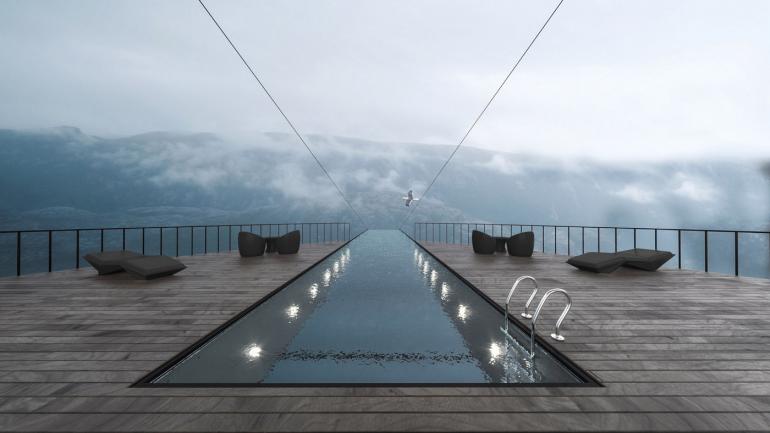 When built, the entrance to the hotel will be constructed on top of the cliff, which is has a naturally flat surface. It will further feature nine guest suites and shared lounge area, all planned to be embedded within the rockface. Proposed to be named as the ‘Cliff concept boutique hotel’, the Hayri Atak construction is currently in the very early stages of planning and may take long before it actually sees the light of the day.

Tags from the story
Hotel, Norway