The Barbie doll is much more than just a doll to play with; she has many avatars and has been revamped and adapted many times. Barbie has proven herself to be much more than just a doll having been featured in the form of a suite dedicated to her, a doll that cost nearly a $100,000, a foosball table and a car. The original Barbie was white and had blonde hair and blue eyes; however with changing times Barbie has changed too with barbies of all colors being produced. The parent company, U.S toymaker Mattel has now partnered with Taiwan-based company Sinlaku to open the world’s first Barbie Cafe on Zhongxiao road. Zhongxiao road also happens to be one of the busiest districts in Taipei. Based on the decor in the cafe, it’s clear that you can think of only one thing when you see it, Barbie. The decor for the restaurant reportedly cost $1.7 million. Most of the cafe is colored in magenta and pink; the furniture is shaped like stilettos and bustiers, while the ceiling is covered in chandeliers shaped like teapots and teacups. 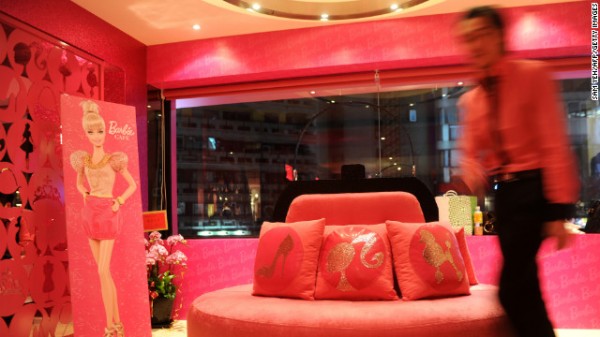 The cafe is whimsical and will remind every girl of her days playing with Barbies as a child. Barbie dolls and logos adorn the wall, and the restaurant also features a giant Barbie box, so they can experience what it would be like to be packed away inside a box. 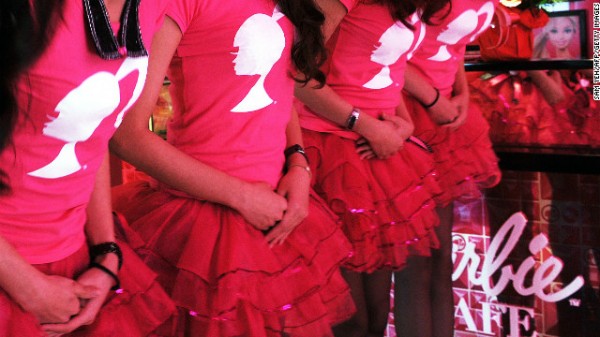 The waitresses wear tiaras and tutus while the waiters aim to look like Barbie’s beau, Ken. 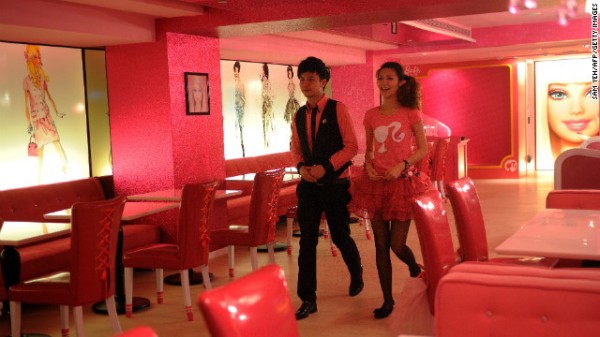 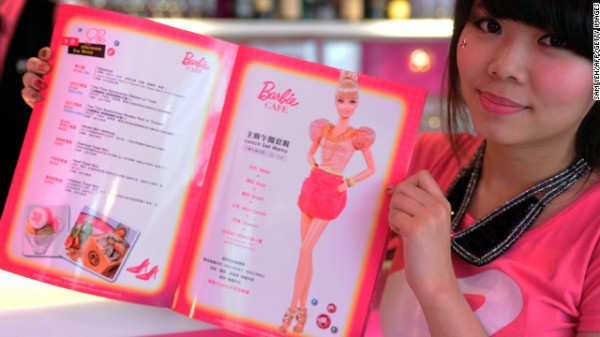 In accordance with Barbie’s ridiculously perfect body, the menu has been made health-conscious, and each item featured has a calorie count written next to it. 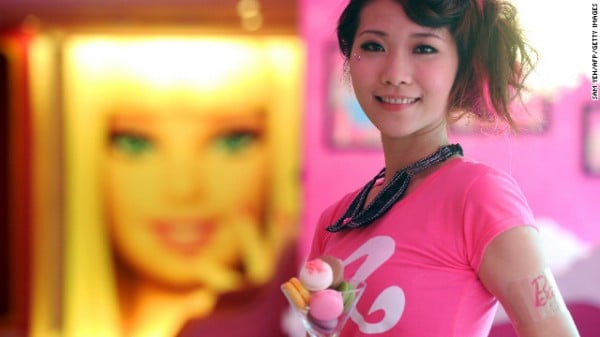 Dishes on the menu start from around $8, including hazelnut tiramisu, macrons, and a pink 128 Barbie drink named after the cafe’s address. 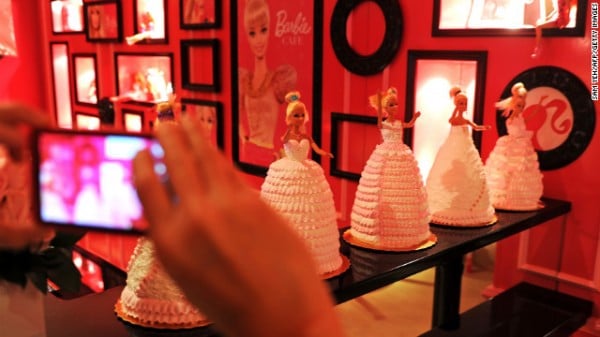 Adorable Barbie cakes were available only at the opening.

The cafe has strategically opened just before Valentine’s Day; it’s sure to attract many women looking to relive the whimsy of their childhood.

Tags from the story
Barbie, Restaurants