Do you know about these Chinese-made products and brands – from before and after Deng Xiaoping’s economic reforms in 1978 – that were once regarded as luxury items in China?

In 1978, China’s paramount leader Deng Xiaoping introduced a series of economic reforms which put the country on the road to prosperity.

Four decades later, China is now the second largest economy in the world, after the United States. According to data released in April by China’s National Bureau of Statistics, the country’s economy grew 6.8 per cent in the first quarter of 2018, topping all expectations. 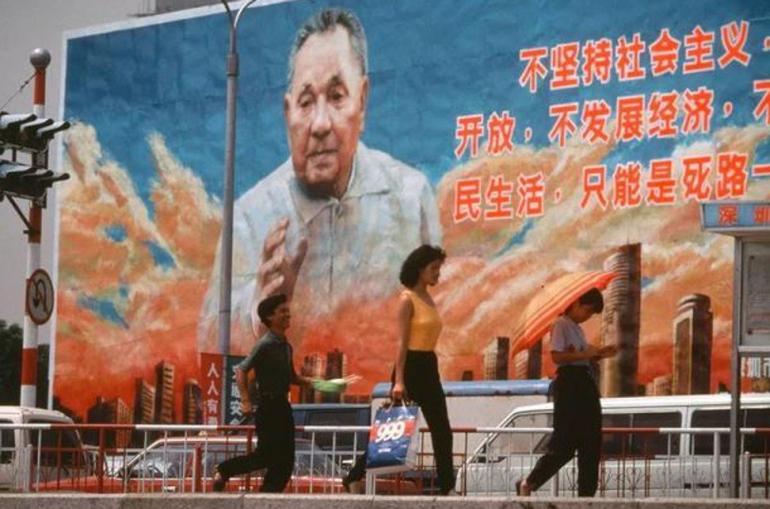 Deng Xiaoping said in 1992, ‘If we … do not implement the policies of reform and opening up to the outside world … we will find ourselves in a blind alley.’

People enjoy prosperous lives in many regions of China today. But 40 years ago, the picture was totally different; even owning a Chinese-made wristwatch at that time would have been a sign of relative wealth. 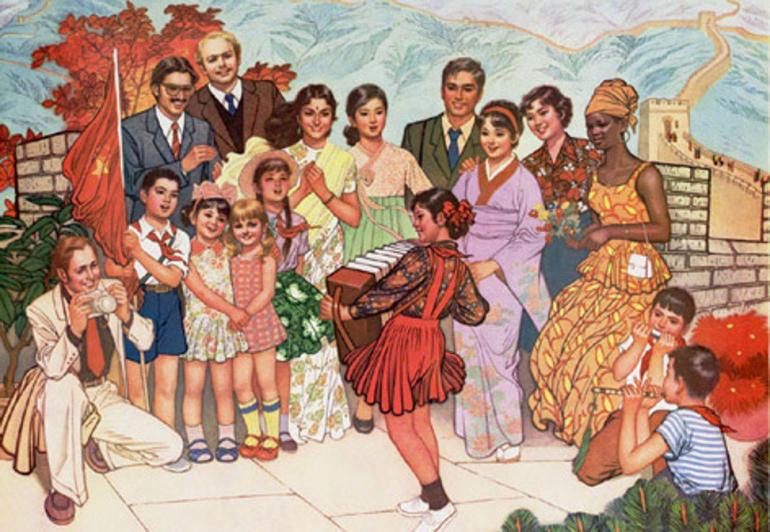 Following Deng Xiaoping’s economic liberalisation, the Chinese government released posters, such as the one shown above from 1979, to promote reform and the idea of opening up to the outside world.

Other Chinese-made products and brands – from before and after Deng’s reforms – were also once regarded as luxury items. Today, such items have taken have a nostalgic value for many.

Let’s take a look at three of these brands; maybe doing so will bring some long-hidden memories to the surface, or give you a flash of inspiration. 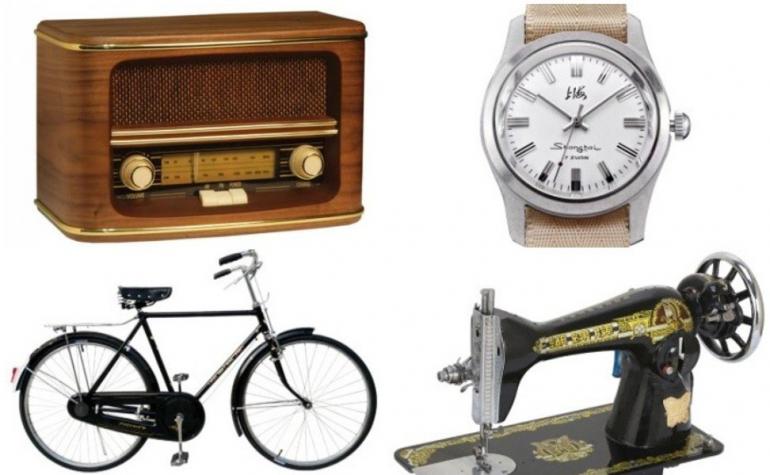 A radio, a wristwatch, a bicycle and a sewing machine were regarded as the “four big things” in China before the 1980s.
1. The Shanghai watch – adored by Premier Zhou Enlai
A wristwatch was one of the “four big things” – along with a sewing machine, a bicycle and a radio – that people aspired to own in the period between the 1950s and the 1970s in China. At that time, not long after the establishment of the People’s Republic of China (in 1949), economic development was slow, resources were scarce, and most people lived in poverty; therefore, owning the “four big things” was the preserve of the affluent.

A commonly-held belief of that time was that no girl would marry you if you didn’t have a watch. And the watch that everyone wanted was a Shanghai watch.

So why was owning a Shanghai watch preferable to owning a Seagull or a Beijing watch, both of which were also made in China? Because the Shanghai watch had a politician as a fan – the late Chinese premier Zhou Enlai. 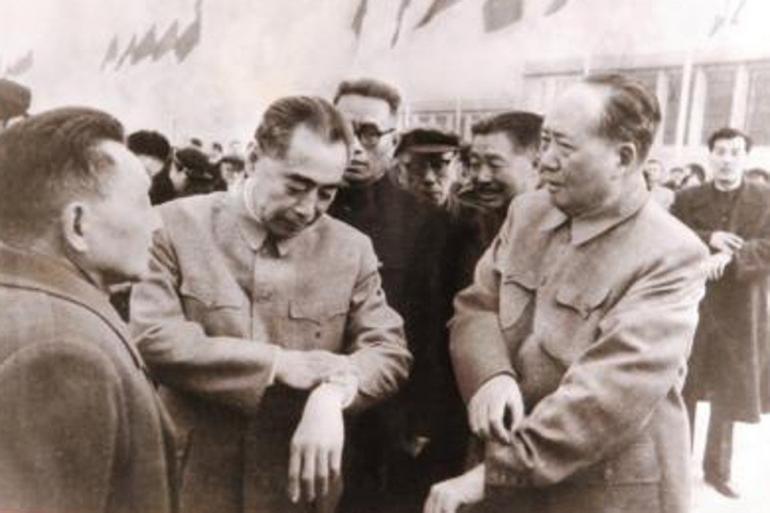 The-then premier Zhou Enlai (left) and the late chairman Mao Zedong take a look at their wristwatches back in 1959.

The Shanghai watchmakers produced the very first batch of 17-jewel mechanical trial watches – He Ping (meaning “peace”) and Dong Fang Hong (meaning “the red east”) – in China. Three years later, in 1958, the Shanghai Watch Factory was completed. It was the first watch factory in China, and was soon producing the A581 watch movement. 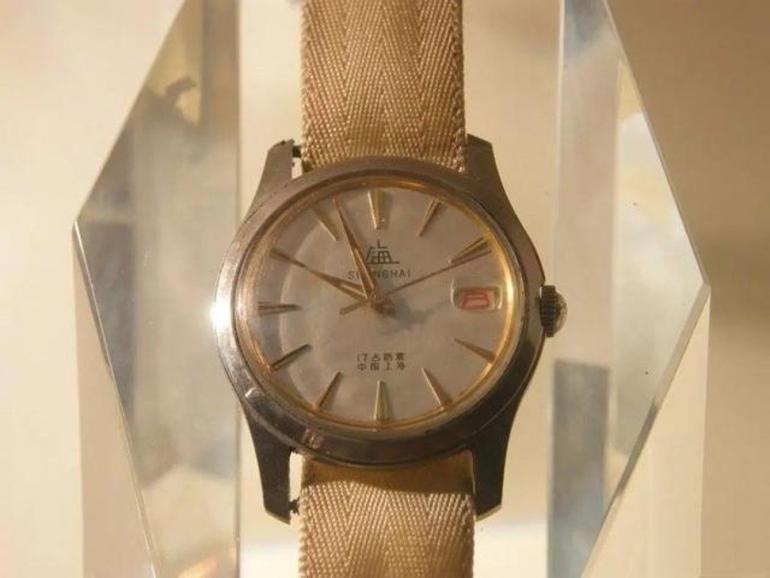 The A581 Shanghai watch owned by the late premier Zhou Enlai is now kept at the Military Museum of the Chinese People’s Revolution in Beijing.

The first batch of the A581 watch movement came out in 1958, and the watch itself was named the A581 after the movement. To support the national manufacturing industry, Zhou Enlai paid 120 yuan (now HK$145) to buy an A581 watch, which he wore on many important occasions. Zhou wore the watch until his death. It was removed from his wrist on the day he died on January 8, 1976. 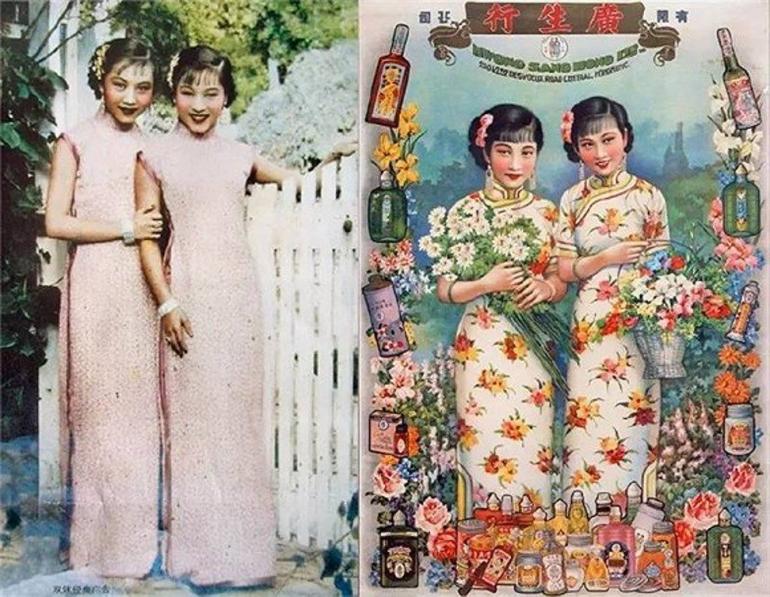 The iconic poster (right) of ‘Two Girls’, produced in 1936 by Kwong Sang Hong – the first cosmetics company in China – was inspired by the two young girls pictured on the left.
2. The “Two Girls” – men posing as women in the 1920s
You may not know much about this brand, but surely you recognise the iconic poster of the “Two Girls”?

In the late 19th century, women in China used to buy foreign cosmetics imported through Hong Kong. However, these products were usually so expensive that only expatriates and a handful of rich Chinese families could afford them. What the China market needed at that time was fine cosmetics at an affordable price – and that’s how the “Two Girls” was born. 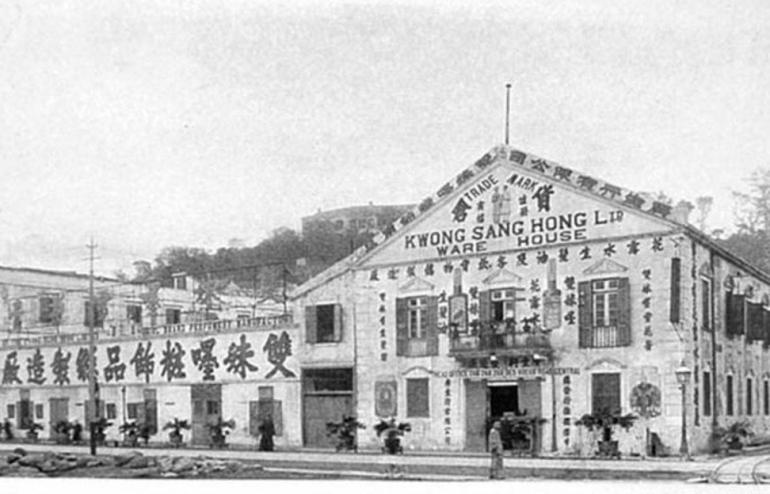 The official names of “Two Girls” was Kwong Sang Hong (KSH), the very first cosmetic company in China, founded in 1898 by a Cantonese entrepreneur named Fung Fook-tien. In 1912, KSH already had 20 outlets in China and three in Southeast Asia. Its bestselling products were Florida water, hair oil, face cream and talcum powder. 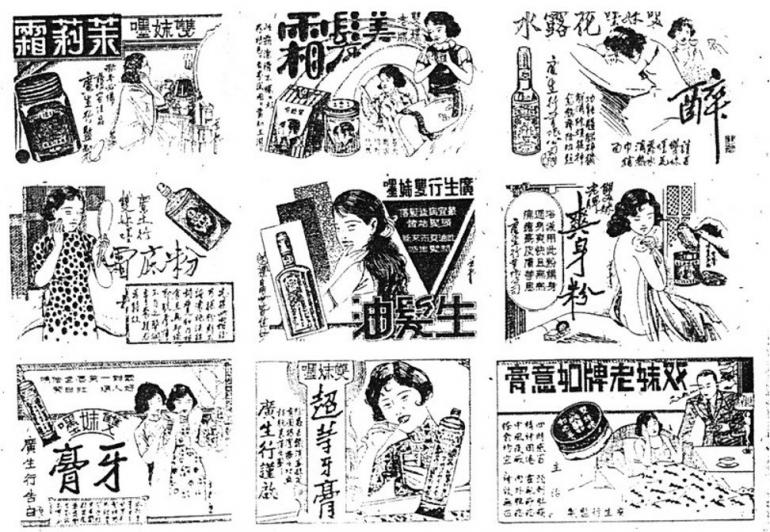 KSH used to advertise its products – including its toothpaste (bottom left and bottom centre), Florida water (top right), hair oil (centre) and talcum powder (right middle) – in newspapers back in the old days.

“Two Girls” quickly became a household name its commercial success grew further due to the appealing illustrations it used in its print adverts.

In the 1930s, KSH appointed Kwan Wai-nung – a Cantonese artist based in Hong Kong who had been an art director at the South China Morning Post in 1911 – to draw illustrations for its advertisements. 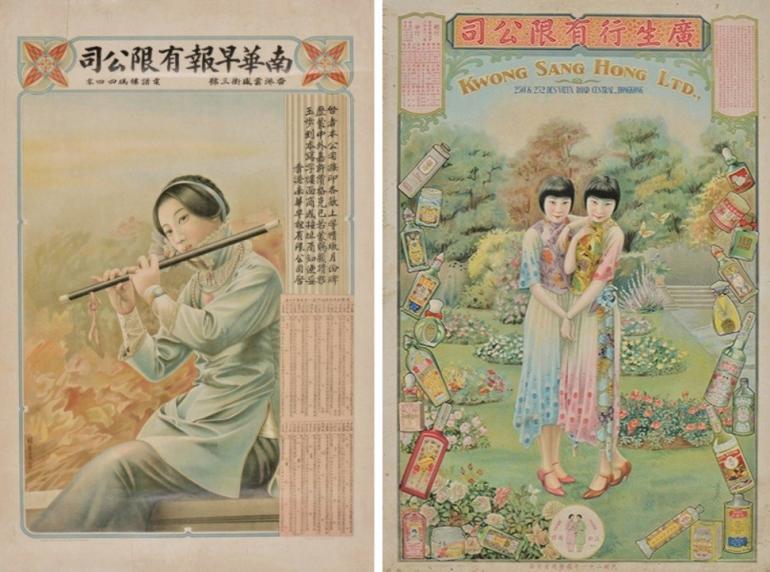 Kwan Wai-nung drew the poster (left) for the ‘South China Morning Post’ to advertise for calendar printing. His style can be seen in the poster he created in 1932 for KSH.

Dubbed the “King of Calendar Art”, Kwan understood the impact of advertising. He featured the modestly dressed pin-up girls in his posters to connect female customers with the brand. The elegant beauties became part of China’s collective consciousness, and Kwan’s posters inspired many artists.

There were, however, whisperings that the models used in the posters were actually men. Could these rumours have been true? 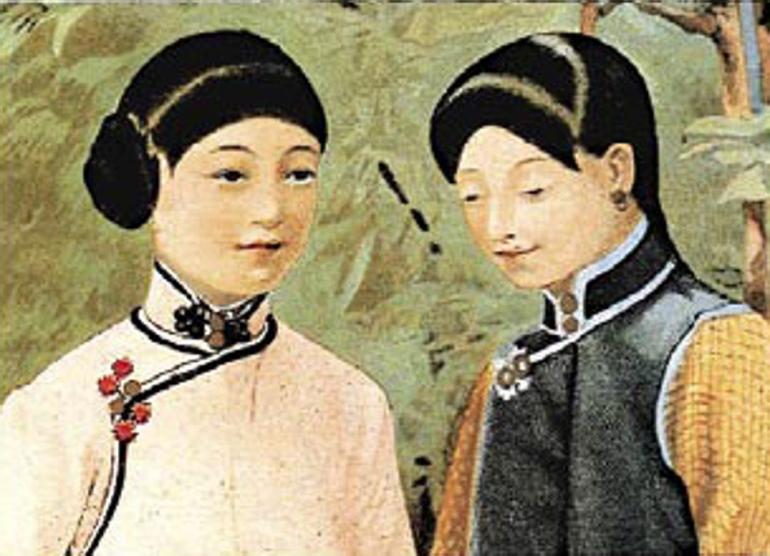 The ‘women’ featured on this poster from the 1920s were actually men posing as women.

In the early 20th century, China was still a feudal society, and not many women were allowed to leave their homes. This made it difficult for the brand to find a suitable models for their adverts, and therefore, the “women” featured on the early “Two Girls” labels and advertisements were actually men disguised as women. This practice didn’t end until the 1920s. 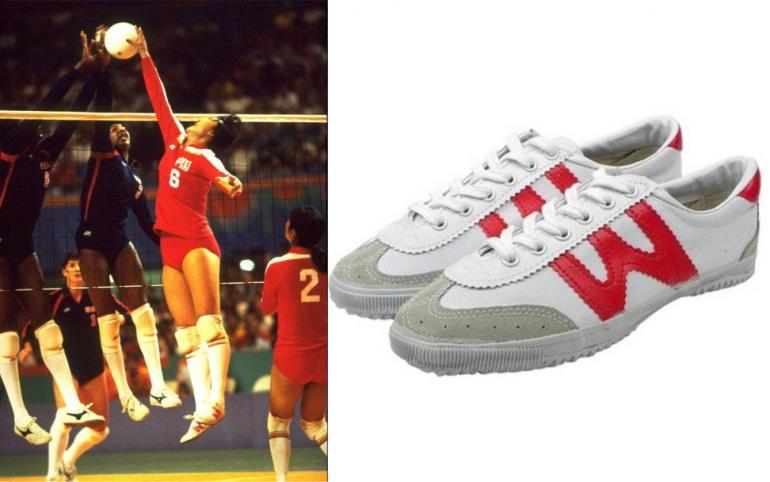 The China women’s national volleyball team wore Warrior sneakers in the Los Angeles 1984 Summer Olympics.
3. Feiyue plimsolls – A Chinese brand, now French-owned
From the 1960s to the 1980s, the China footwear industry was dominated by two brands – Feiyue (meaning “flying forward”) and Warrior. Both labels were found in the 1920s and were famous for the robustness, flexibility and comfort of their plimsolls, qualities which were considered essential for martial arts – that’s why the Shaolin monks usually wore them – and various forms of athletics. Everyone in China, it seems, had a pair of canvas sneakers from one of these labels during the 1970s and 1980s.

However, by the 1990s, young people became more enthusiastic about foreign sportswear brands such as Nike and Adidas and snubbed the Chinese ones. Warrior and Feiyue were forgotten about for a decade until a French entrepreneur, named Patrice Bastian, rediscovered the buried treasure. 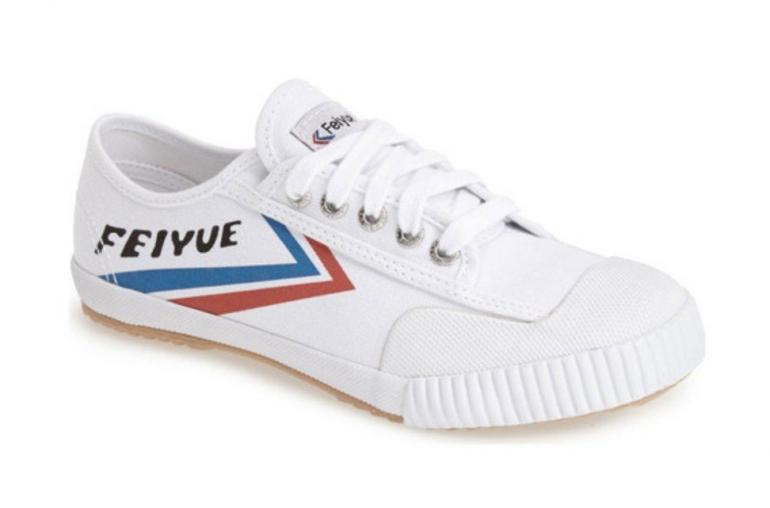 In 2005, Bastian bought the right to use the Feiyue brand and teamed up with a group of artists to recreate Feiyue, aiming to make the brand more fashionable, while maintaining its vintage Chinese charm. They finally launched the first French-designed Feiyue collection in 2006. 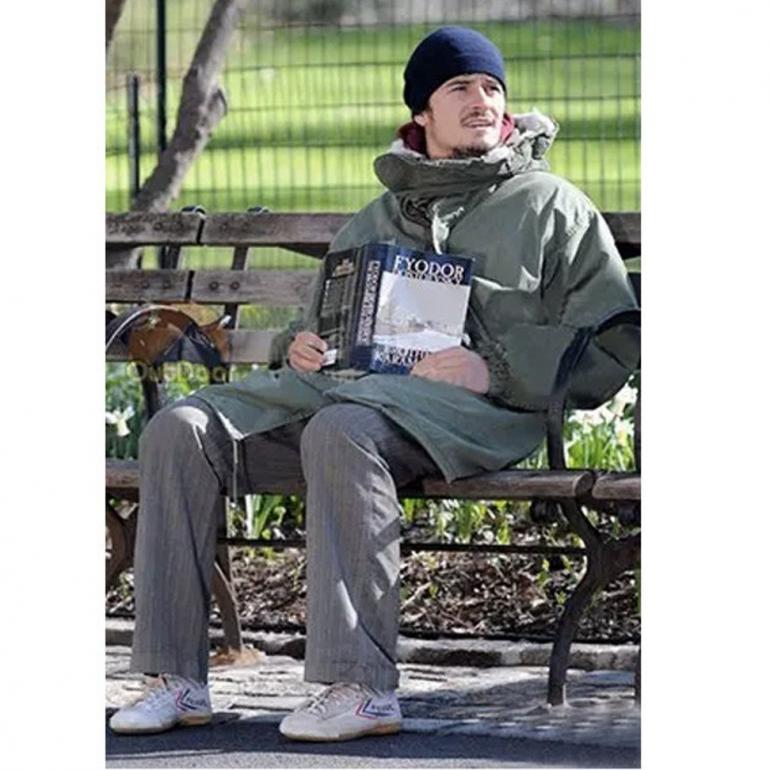 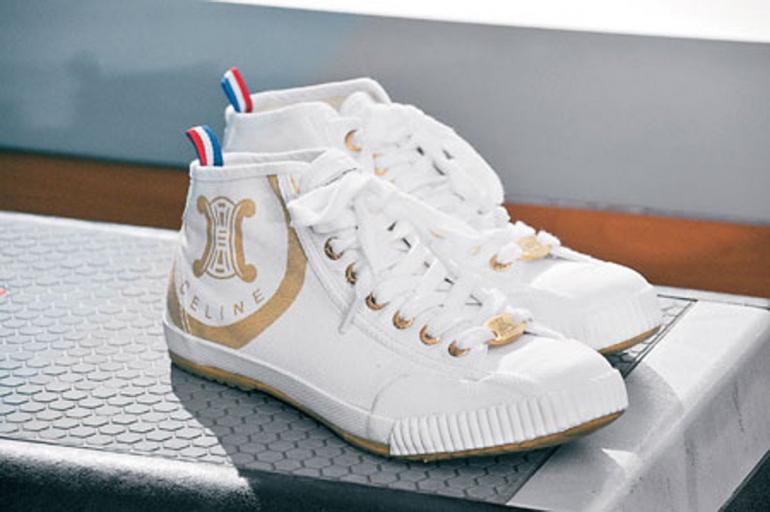