Some things in life are difficult to explain, especially food cravings! Why do diets go kaput? Why does food make us feel better after a blue day? And why do helicopters randomly land near eateries out of nowhere? A man in Malaysia hired a helicopter to pick up packets of a $3 rice delicacy in Malaysia to the shock of onlookers. Something similar occurred in Saskatchewan Canada. A helicopter pilot from Leroy landed a Robinson R44 down in the parking lot of a secondary school in nearby Tisdale to pick up a sweet ice cream cake from the Dairy Queen next door.


Residents watched in astonishment as a bright red helicopter descended on the parking lot near the town’s only Dairy Queen, blowing up clouds of dust and debris as it touched down. Some naturally assumed this resulted from some medical emergency, but one man’s emergency is another man’s craving! The chopper landed, and a female passenger exited to pick up an ice cream cake from the Dairy Queen. 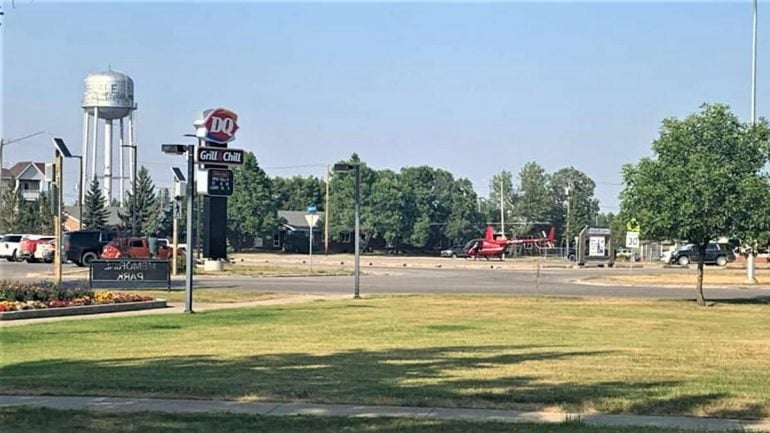 Mayor Al Jellicoe told CBC News, “Well, I thought somebody must be hungry. Initially, I thought that’s probably not the right thing to do.” The 34-year-old pilot was charged with one count of dangerous operation of an aircraft on Aug. 11. The man was licensed to fly the copter, but not to land the way he did and for a non-emergency; he is, therefore, under investigation for an illegal act under Canadian law. Ironically, this pilot could have saved himself the trouble by landing at the nearby airport. Still, he chose to keep alive the notion that helicopter pilots are commonly fined for making a flashy entrance by landing somewhere that’s not a helipad.