Imagine you have a window seat on a flight and you’re enjoying your in-flight meal while listening to your favorite music blasting through those noise cancellation headphones. All of a sudden, you notice a man in a jetpack outside the window flying like a bird, thousands of feet above the ground. Sounds like one of those silly commercials from the ‘90s, right? But, heck, 2020 has been a weird year, and just about anything seems possible. An American Airlines pilot claims that he saw an unknown person in a jetpack flying over 3,000 feet above Los Angeles, which has prompted the FBI to launch an investigation. According to a radio conversation between the pilot and the control tower, a ‘guy in a jetpack’ was seen flying in the paths of airplanes above Los Angeles International Airport.


According to a report by Fox 11 Los Angeles, the person in a jetpack was also seen by a second pilot. “The FBI is aware of the reports by pilots on Sunday and is working to determine what occurred,” a spokesperson told FOX 11 on Tuesday. The pilot also claimed that the jetpack was barely about 300 yards out of his window, which is dangerously close. The report further states that: “Efforts to find out more from the pilot went nowhere, and representatives from American Airlines told FOX 11 to contact the FAA. The FAA said they turned the report over to the LAPD for investigation, possibly trying to locate the person via a helicopter or ground patrol. The LAPD says they performed a flyover in the area but were not able to locate anyone that matched that description.” 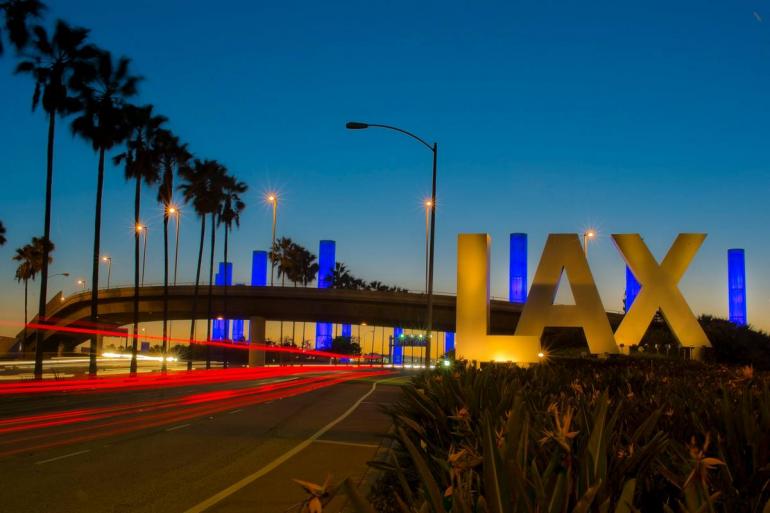 Jetpacks are not new and engineers and inventors have been working on them for ages. In fact, the first patent for a jet pack for filed back in 1919. However, the current jetpacks have become very capable and can easily take humans to heights much above 3000 feet. In 2015, Emirates shot a commercial in which a man in a jetpack flew alongside an A380 in Dubai. So, it’s not entirely impossible. However, it will be interesting to see if the person gets caught and this particular incident forces to introduce new safety rules.

Tags from the story
Jetpack, Los-Angeles