You may drive around in supercars, sip cocktails on a yacht and enjoy summers in the Hamptons, but are you really rich till you have been featured on the ‘Rich Kids of Instagram’ account? Definitely not! Who could’ve imagined the popular Instagram account Rich Kids of Instagram (RKOI, now Rich Kids of the Internet) that now boasts more than 373,000 followers was started by a simple-living, 19-year-old student studying at Oxford Brooks? James Ison set the Instagram account up in 2012 with two New Yorkers. The account had humble beginnings but is now one of the most sought-after accounts, fancied and followed most by those who enjoy the most over-the-top displays of wealth and privilege online. Let us delve into some fun and interesting facts about 27-year-old James Ison, the man behind the Rich Kids of Instagram-

6. How it all began-
One presumes Ison to be a part of the ultra-rich social circles, champagne in one hand, caviar in the other, engaging in friendly banter and flashing Rolexes at sundown soirees. His reality was a stark contrast to the life he posted about; no wonder it all enthralled him so much. The creator of the Rich Kids of Instagram account grew up in his grandparents’ bungalow in Leicester, sharing a bunk bed with his single mother.
5. RKOI debuts in 2012-
It all commenced with a viral picture of a US billionaire’s son. Ison posted a picture of billionaire Michael Dell’s son, 15-year old Zachary Dell, feasting on a buffet in a private jet. The post also ruffled a few feathers as Zachary’s angry parents spent about $3 million a year on private security, and his kids were undermining it by broadcasting too much information on social media.
4. Featuring the rich and getting richer-
The Instagram account is a validation-of-sorts for millennials who splurge on everything from cars, designer garbs, bags, watches, and a lot of unpredictable ultra-expensive variety of things (state-of-the-art wine cellars, LV minis for AirPods). The account draws in more than 372,000 followers and charges wealthy millennials up to $2000 to be featured.
3. Becoming a rich kid himself-
Other than charging as much as $2,000 to be featured on the account, Ison is set to grow further by o diversifying his business with a concierge service, dubbed RKOI Concierge. The job includes everything from purchasing designer goods to organizing holidays, flying a dog to join its owners on holiday, private dining at the Eiffel Tower, and securing the elusive Dior Air Jordans. For bookings and related services Ison earns anywhere between $3000-$16000.
2. RKOI Spinoffs-
There are way too many rich kids on Planet Earth and not enough space on the OG Rich Kids of Internet account which is why spin-off accounts began cropping up, such as Rich Kids of Turkey and Rich Russian Kids. Some started as satirical spinoffs but have gained massive popularity as well.
1.RKOI on Netflix-
If this happens then RKOI has truly arrived! Rumor mills suggest there might be a Rich Kids of Instagram Netflix series soon. For now, no firm details have been confirmed since the pandemic hit. Imagine how much moolah the millennials will pay to be featured on Netflix? 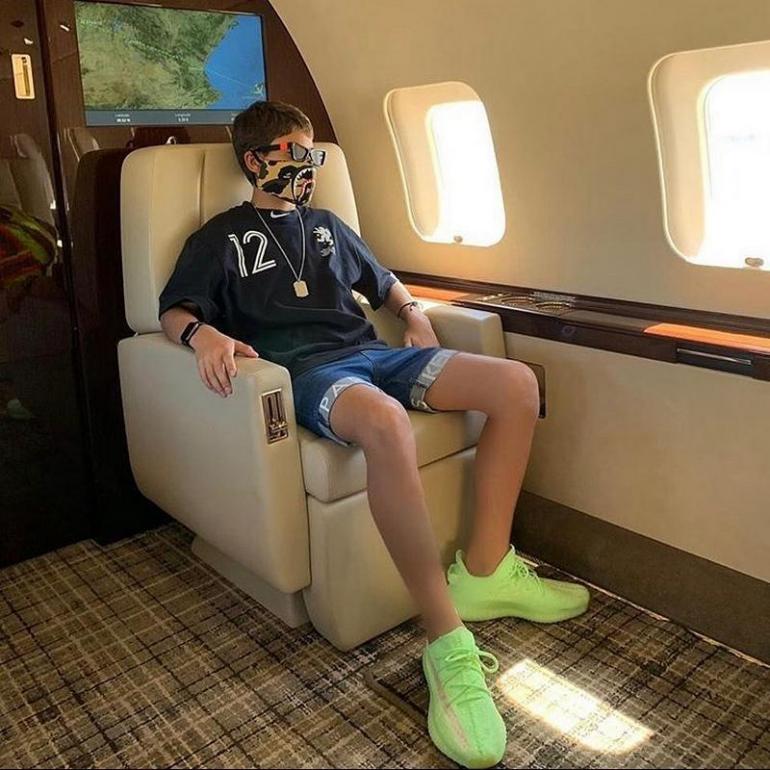