In 1977 when the first Star Wars motion picture was released, the world had got its first cult classic in its true definition, and a year later when the first Star Wars collectible had hit the markets, it became a rage amongst die-hard followers giving the world an idea of its intense fan following. Star Wars action figures and other collectibles has been a staple of all the fans ever since and we have seen these collectibles including life-size characters like Jabba the Hutt, C-3PO and R2D2 as well as movie props like the original Han Solo’s blaster gun commanding top dollar. For any Star Wars memorabilia collector who is always on a look-out to get anything on sale that’s linked to its movies, here’s something that will complete their prized Star War collection. 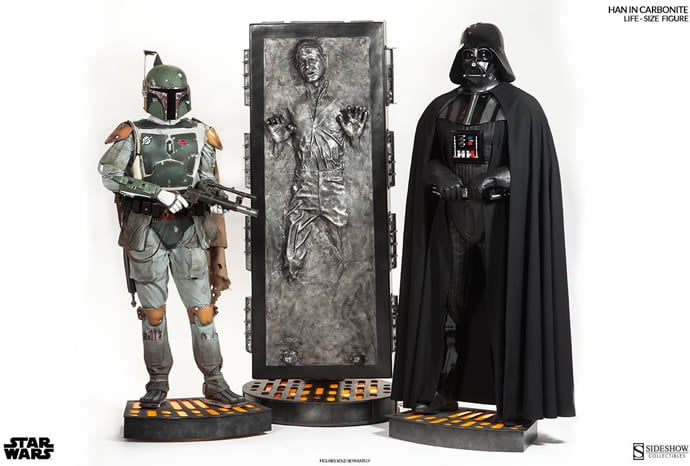 Sideshow Collectibles has come-up with the life-size Han Solo in Carbonite Life-Size Figure which looks nothing less than the original movie prop. Until now, all the Han Solo Carbonite collectible on sale looked either too cheap in quality or were not life-size to satiate the needs of a true Star Wars fan. But this seven-and-a-half foot tall replica captures every detail with stunning realism and immaculate precision. It is made using fiberglass and high quality materials, and the accurate light effects in the base, side panels and rear power canisters make it appear authentic. This limited edition collectible is priced at $7000 and Sideshow Collectibles is even offering installment options. 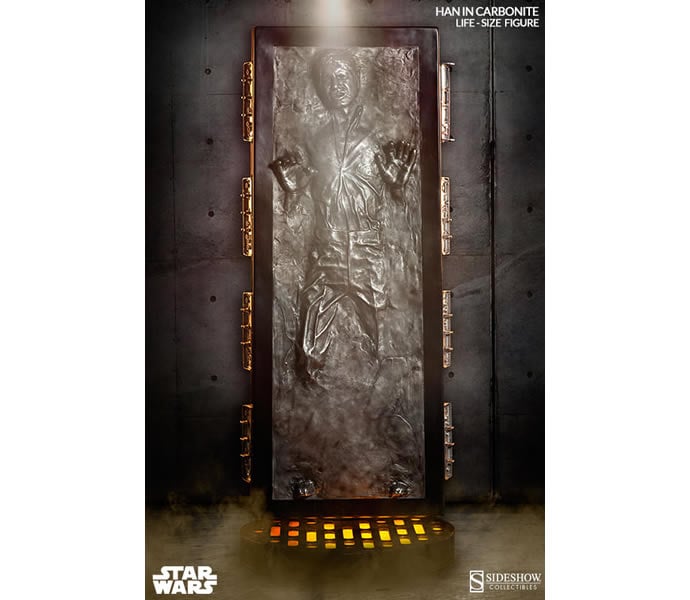 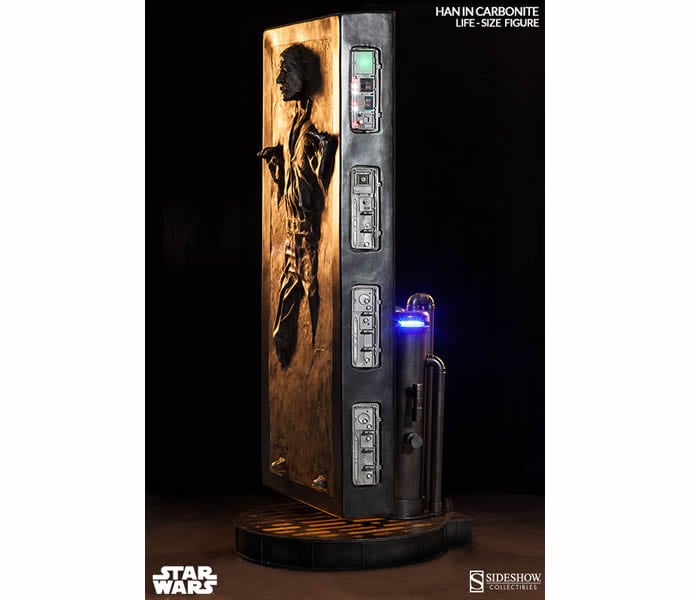 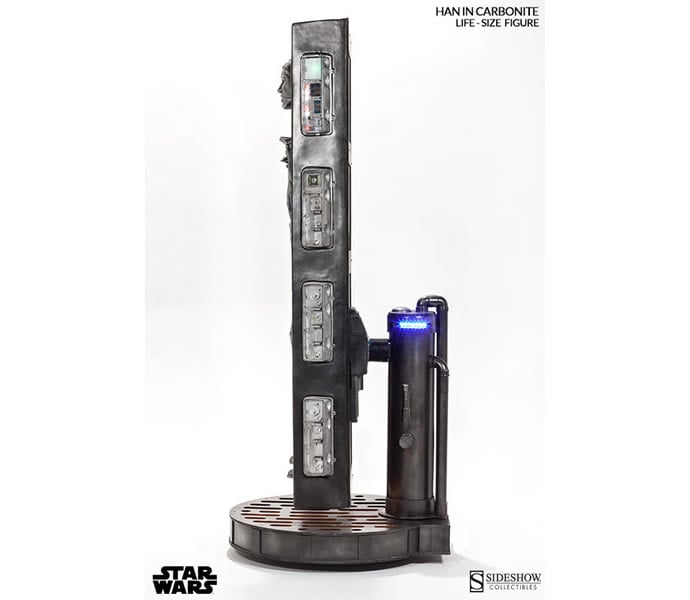 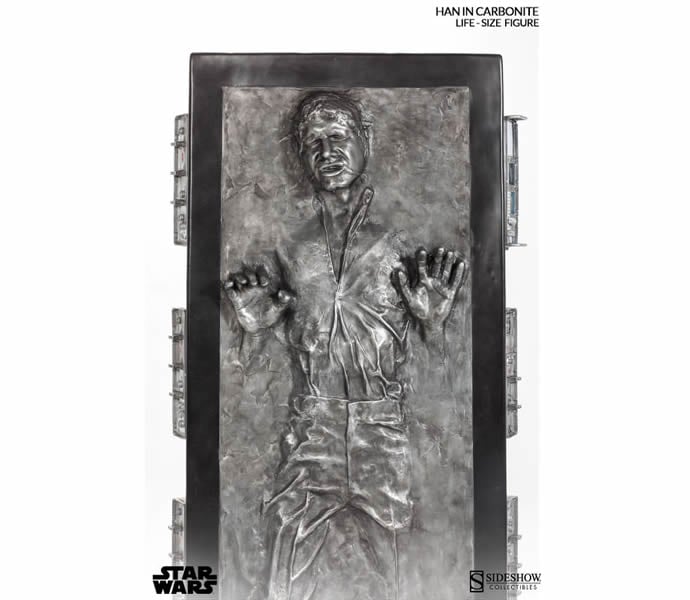 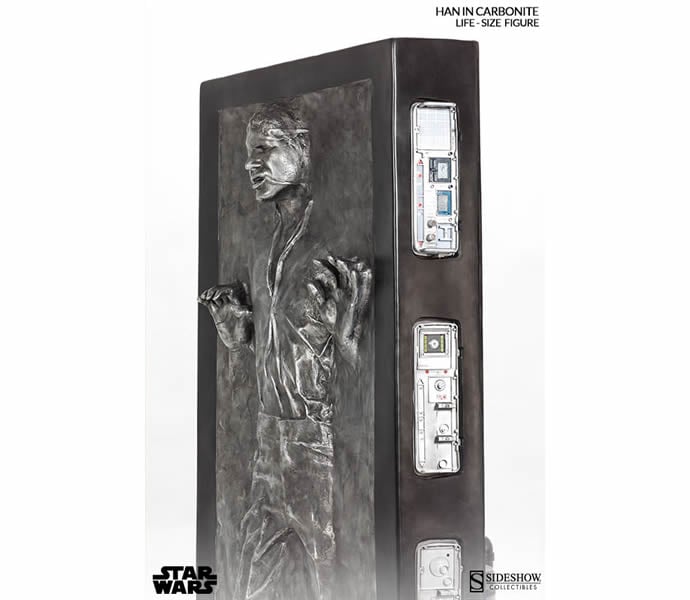 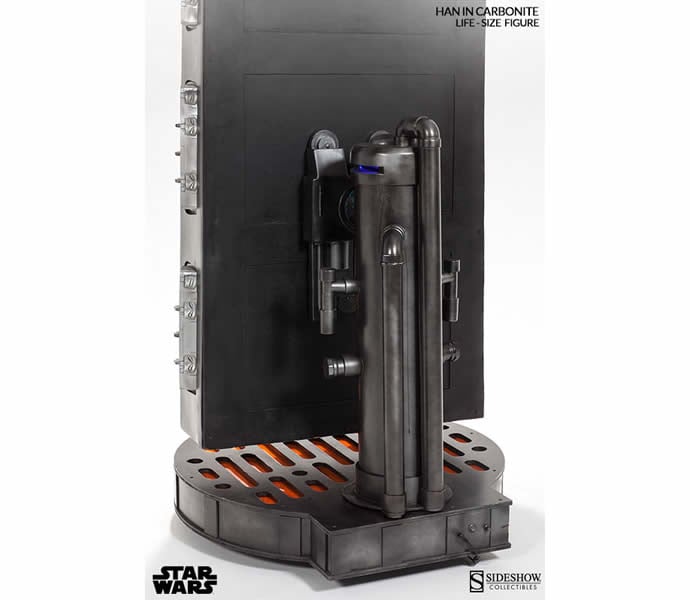 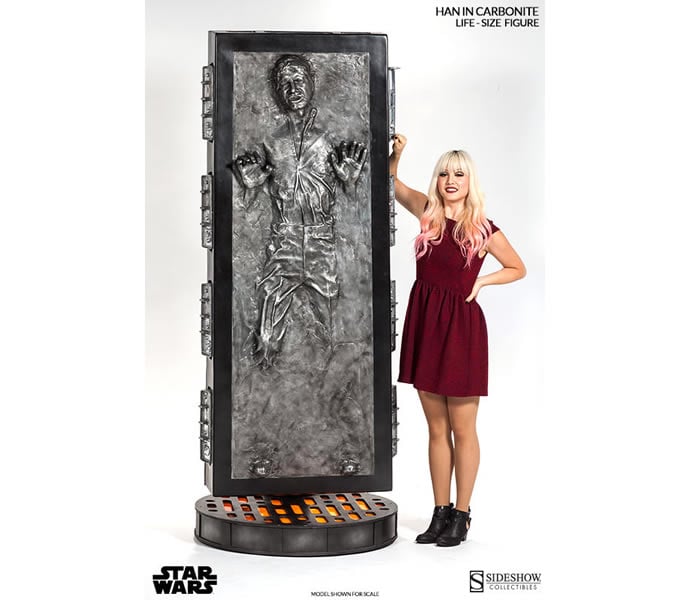 Tags from the story
Replica, Star-Wars