Just like reading from a book is always more enjoyable than reading from a tablet; playing a game of chess on an actual chessboard with a real opponent if far more engaging than playing virtually on a computer or a mobile device. Engaging or not we have come across the worlds most expensive chess set that for sure is enthralling. Made by Australian artist and goldsmith Colin Burn, the world’s most luxurious chess set consists of pieces made of 18-carat white gold, adorned with diamonds, sapphires, and South Sea pearls. This chess set has been aptly named ‘the pearl royale’ keeping in mind its dazzling elements. The manufacturing process was no easy one as it demanded countless hours and unwavering attention to perfectly cover the pieces in the most flawless diamonds and give its owner a set that’s pure perfection. The pearl royale chess set comes with a total of 500 carats of diamonds, sapphires, and South Sea pearls which makes it an exceptionally exquisite possession that can’t be exhibited too often. As a matter of fact, owing to its luxuriousness, the piece has only been exhibited once last year at an art gallery in Beverly Hills, California. The creator of this fine chess set Colin Burn intends to bring it out once again at an assemblage of the world’s greatest chess player to compete in a tournament on his dazzling chess set.


While that sounds like a wonderful idea I wonder how many players will be able to truly focus on the game and not be hypnotized by the sheer beauty of the masterpiece in front of them. The pearl royale chess set is up for sale for $4 million. It comes with diamond and gem certification and is listed as limited edition artwork. 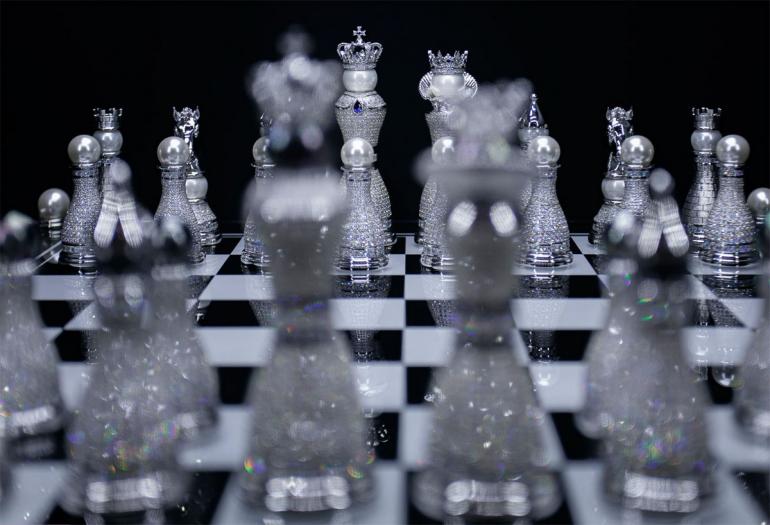 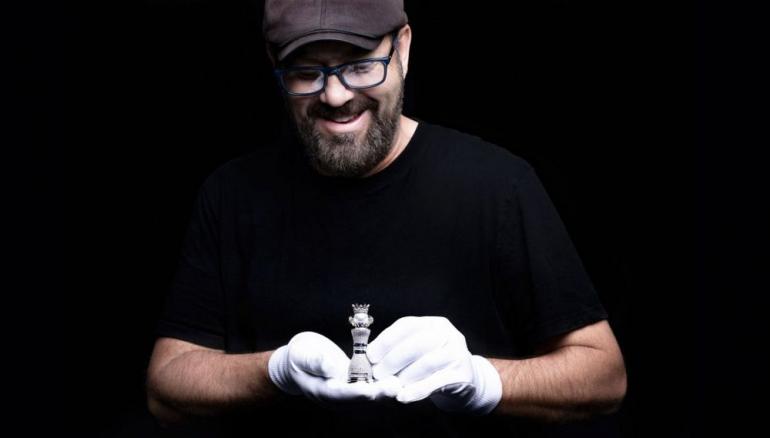 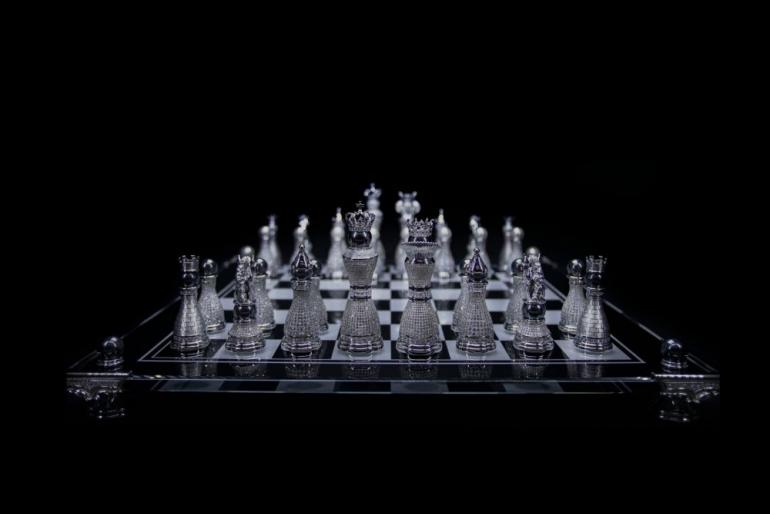 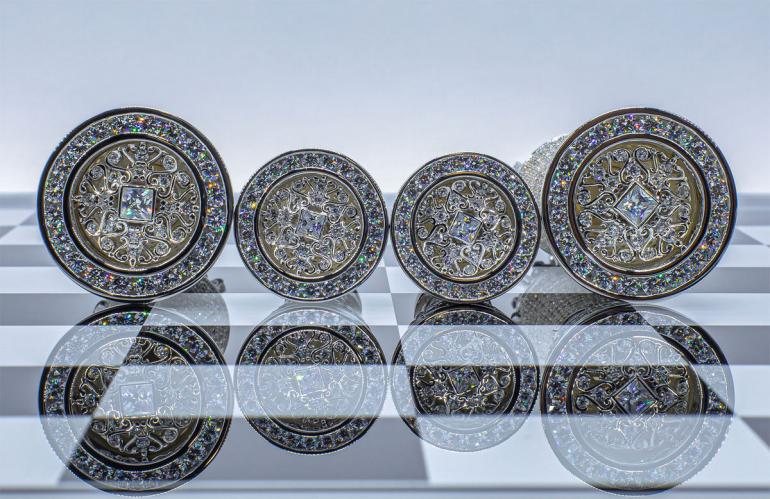 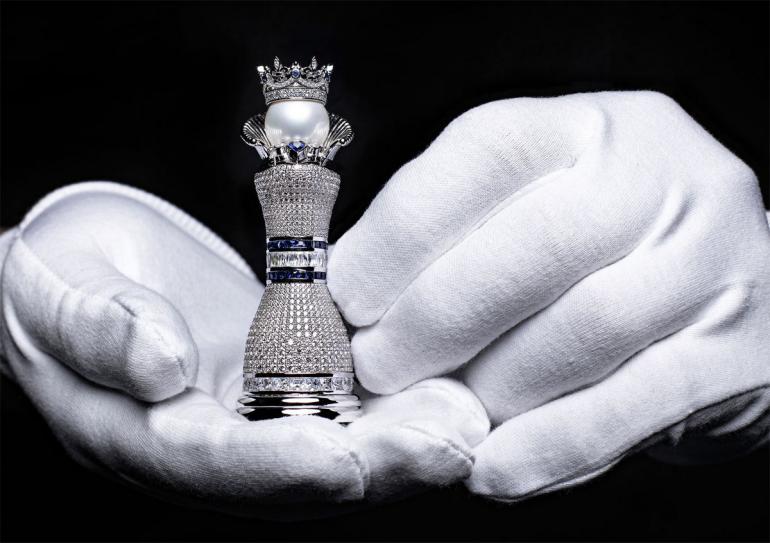